Amid confusion over district lines, NSC says all of KL is one, Selangor borders set by state, not police

Confusion has risen over where inter-district travel boundaries are, after some people were fined despite travelling within their district. — Picture by Sayuti Zainudin
Follow us on Instagram, subscribe to our Telegram channel and browser alerts for the latest news you need to know.
By KEERTAN AYAMANY

KUALA LUMPUR, Feb 21 — The National Security Council (NSC) has clarified that the districts mentioned in standard operating procedures (SOPs) of the movement control order (MCO) are the districts set by state authorities, not the police.

In a newsletter, updated on February 19, the NSC also stated that the whole of  Kuala Lumpur is to be considered as under one district. 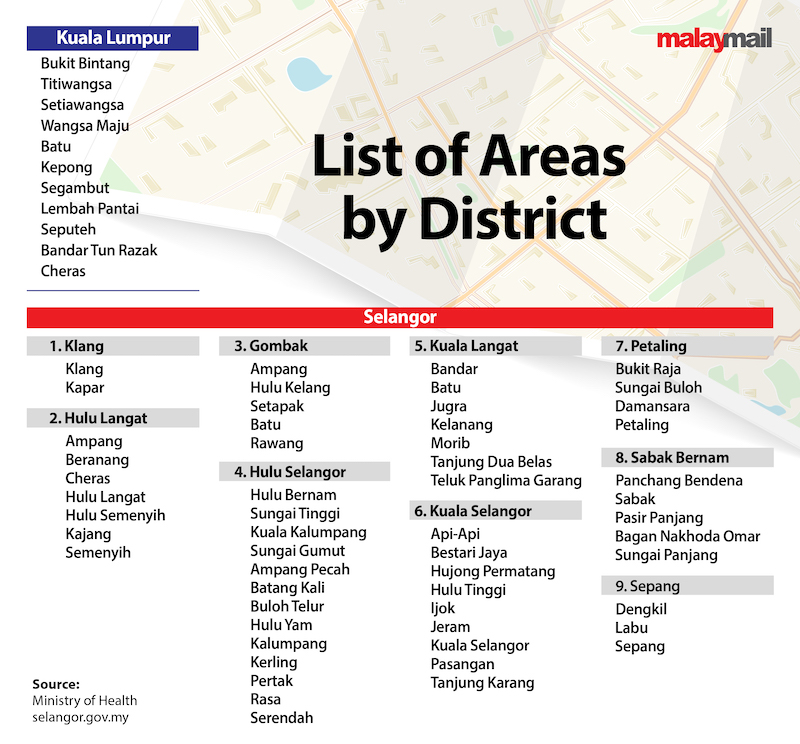 Questions had been raised on whether the term “district” mentioned in the SOPs refer to the geographical areas defined by state governments, or a locality set by the police to separate their jurisdictions.

However, confusion appears to remain persistent not only among members of the public even after the clarification.

Yesterday, a day after the NSC update, Facebook user Zanirun Baba claimed his daughter was issued a compound notice, purportedly for crossing districts when she drove from Subang Jaya to Shah Alam despite both areas being under the Petaling district.

Zanirun further claimed that when he called the NSC, an officer confirmed that both Subang Jaya and Shah Alam were in the same district but was unable to clarify if the police fine was legitimate.

“Adoi Malaysia... land of the confused civil servant and politicians,” he wrote.

Last week the government lifted a 10km radius limit for travel, that was in place under the MCO, as the number of new Covid-19 cases nationwide started to drop.

However, the government still continues to ban inter-district and inter-state travel.