Out of the 1,247 cases, two were imported cases while the remaining are local cases.

The number of active cases nationwide is currently at 18,576 cases with 108 patients admitted into the intensive care unit and 47 of whom need breathing assistance.

In a statement released by Health director-general Tan Sri Dr Noor Hisham Abdullah, three deaths were recorded today bringing the cumulative fatality to 449 cases which is 0.44 per cent from the overall number of cases.

Selangor continues to top the list with the highest number of cases at 461 infections and out of that, 309 were from existing clusters and close contact.

Sabah recorded the second highest number of cases at 225 cases and Johor the third highest at 205 cases.

The index case for this cluster was detected positive for Covid-19 yesterday and as at today, a total 76 individuals have been screened and 25 had tested positive.

The Pompod Cluster is in Kota Belud and Kudat in Sabah where the index case was found positive on December 13 and as at today, a total 216 individuals were screened and 19 had tested positive.

The Kiara Construction Site Cluster is in Kepong in Wilayah Persekutuan Kuala Lumpur and the cases for this cluster were reported positive on December 21 through large-scale screening at the construction site. A total 372 individuals have been screened as at today and 13 cases were positive.

The Perkasa Construction Site Cluster is located in Cheras in Wilayah Persekutuan Kuala Lumpur and the cases for this cluster were reported positive on December 22 through large-scale screening at the construction site. As at today, a total 451 individuals were screened and 11 had tested positive.

Meanwhile, the health ministry had conducted an online survey on the new normal between November 25 and 30 involving 35,841 respondents and found that a majority of the respondents, 93.3 per cent, wear face masks, maintained physical distancing (89.6 per cent) and wash their hands with soap or hand sanitiser (89.7 per cent).

Finally, it was found less respondents would tell off a stranger if they don’t wear masks (57.3 per cent), don’t maintain physical distance (59.6 per cent) and don’t wash their hands or use hand sanitiser (56.7 per cent).

The survey revealed that Malaysians are aware and have high self-control in adhering to the SOPs. 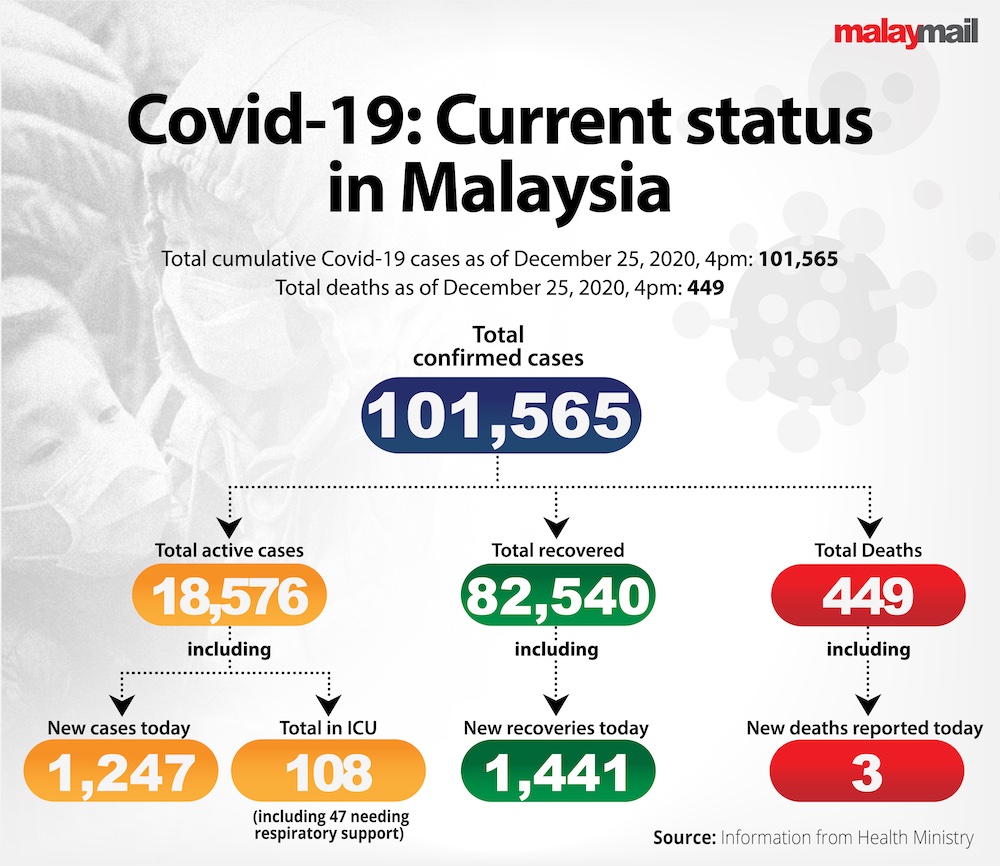