Over half of Malaysians polled think country’s military, medical treatments the best or above average globally

KUALA LUMPUR, Oct 22 — More than half of Malaysians polled by a recent international survey considered Malaysia’s medical treatments and military to be the best in the world or better than average.

In the International Science Survey 2019-2020 where 20 nations were surveyed, Malaysians were given four options of “best in the world”, “above average”, “average”, “below average” when comparing various aspects of Malaysia against other countries, including in terms of education, economy and political system.

In the survey results released by United States-based pollster Pew Research Center last month, the 1,650 Malaysian respondents who were surveyed seemed to view the country’s medical treatments and military more positively than for other categories.

For medical treatment, 21 per cent of the 1,650 Malaysian respondents think Malaysia is best in the world, followed by 33 per cent who said Malaysia is above average, with this coming to a collective 54 per cent.

As for Malaysia’s military, 22 per cent of Malaysians polled said it is best in the world, 29 per cent said it is above average, which translates to a combined 51 per cent.

The survey in Malaysia was conducted through phone calls in Malay, Chinese or English languages among adults aged 18 and above from October 12 to November 22, 2019. 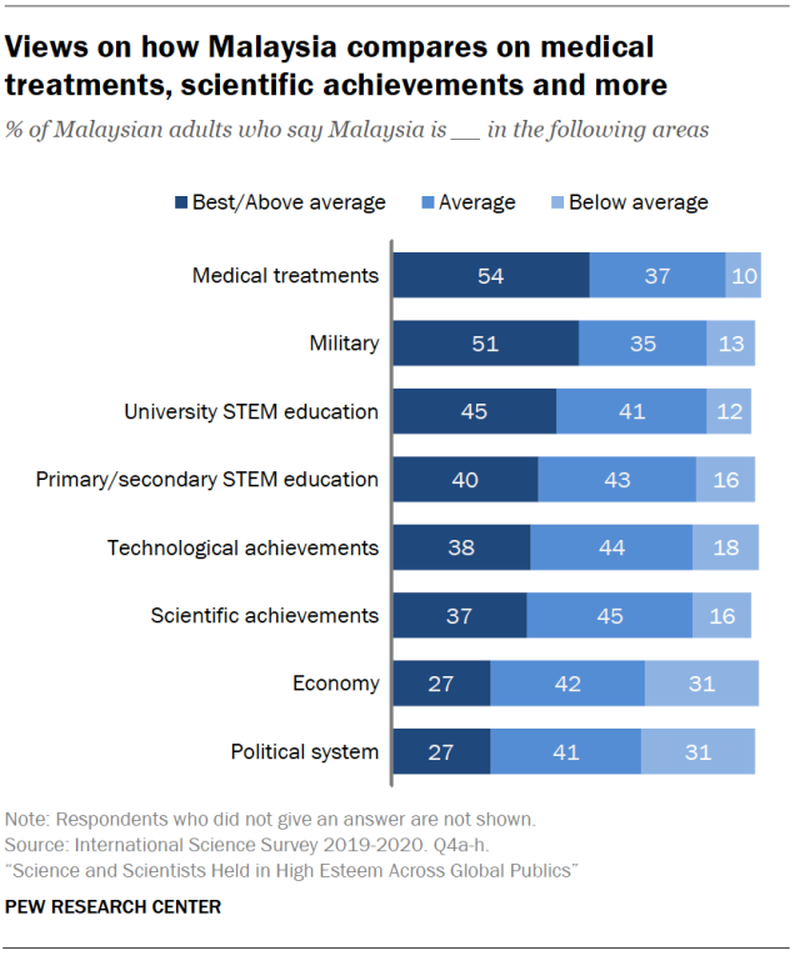 For all the other categories, less than half of the 1,650 Malaysians in the same survey think that Malaysia is best in the world or above average when compared to other countries.

Here’s what Malaysians thought of Malaysia when compared against other countries, with those who declined to answer or giving any answer beyond the four options excluded:

The Malaysian respondents had a dimmer view of Malaysia’s economy and political system, with both categories seeing the highest percentage of those who viewed the country as performing below average in contrast to other nations, with both recording 31 per cent saying so.

In its report on the survey, Pew Research Center noted that respondents in most of the countries surveyed would tend to give a higher ranking to their own country’s medical treatments, university STEM education and scientific achievements if they had more education or had studied beyond secondary school, as compared to those who had less education or studied up to secondary school.

But the survey report said that Malaysia stands out as the only country polled where the pattern is the reverse.

“Malaysians with at least a postsecondary education are less likely than others to see the country’s university STEM education or scientific achievements in a favorable light.

“Malaysians with a postsecondary education also tend to give lower marks to the country’s technological achievements as well as to its political system and economy,” the survey report said.

In the same survey, 54 per cent of Malaysian respondents felt it is “very important” for Malaysia to be a world leader in scientific achievements, while 76 per cent said government investments in scientific research aimed at advancing knowledge is usually worthwhile for society over time. 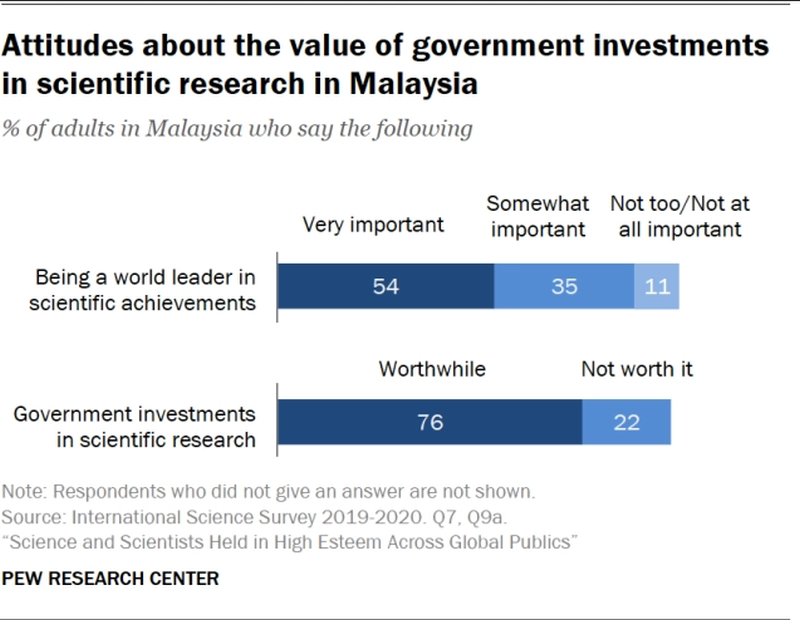 This international survey was carried out in 19 other countries besides Malaysia, with the entire survey carried out from October 2019 to March 2020.

Here’s how respondents in the other 19 countries responded when asked how they view their country in comparison to other nations: 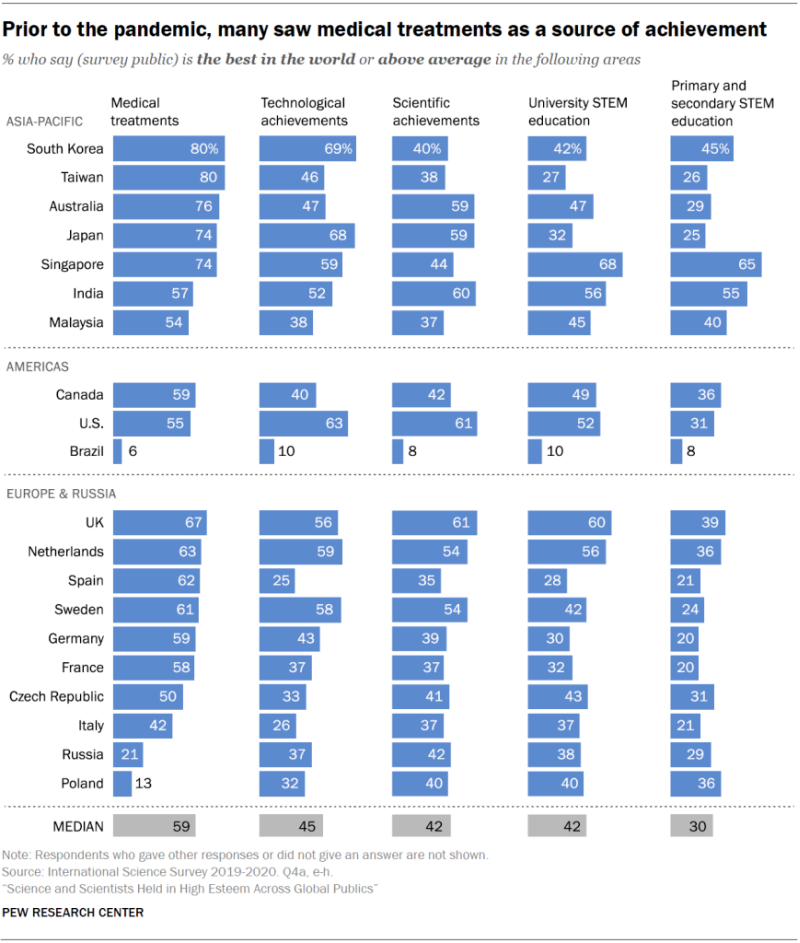