Datuk Seri Najib Razak is pictured at the Kuala Lumpur High Court November 18, 2019. — Picture by Ahmad Zamzahuri
Follow us on Instagram, subscribe to our Telegram channel and browser alerts for the latest news you need to know.
By DANIAL DZULKIFLY

KUALA LUMPUR, Nov 18 — The prosecution in Datuk Seri Najib Razak’s joint trial for tampering with a federal audit report on 1MDB said it will prove he allegedly did so to conceal his and fugitive financier Low Taek Jho’s role in the misappropriation of funds.

Datuk Seri Gopal Sri Ram said in his opening statement that the prosecution will produce evidence showing Najib had altered or caused to be removed portions of the 2016 1MDB auditor-general final report to conceal the true state of affairs in the state investment firm.

“One of the steps that Najib took to cover his tracks on the extent of his role and that of Jho Low in the business and affairs of 1MDB gives rise to the charge in this case.

“His objective was to conceal the truth. In due course, the auditor-general caused his report on 1MDB to be prepared.

“There were passages in that report that caused concern to Najib though they were true in fact. He became nonplussed if not agitated. He took positive steps to have those passages altered or removed,’’ said Sri Ram. 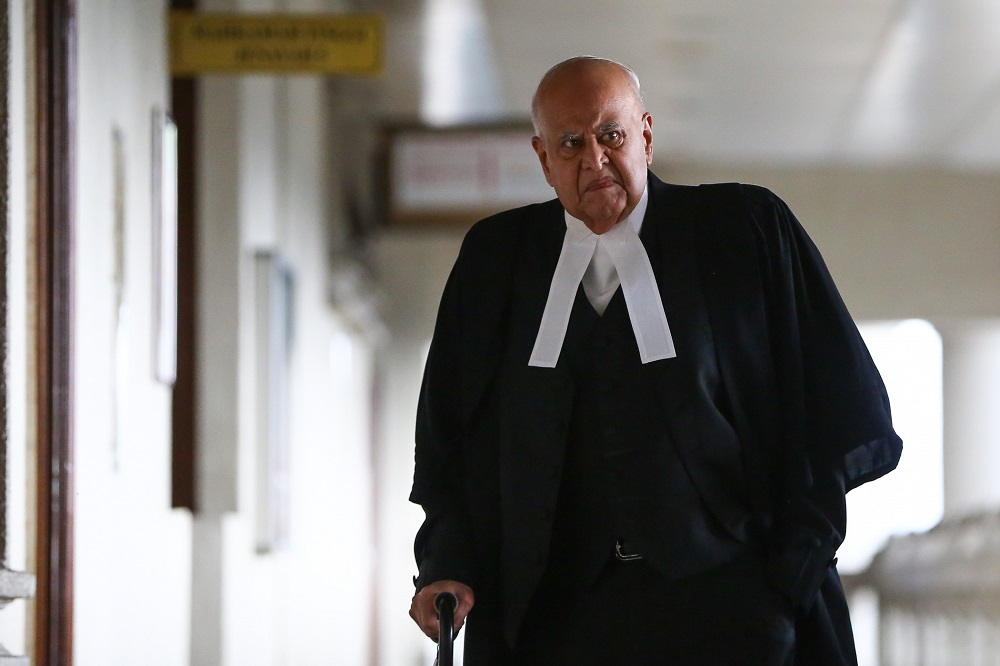 “What happened was abnormal. Despite the fact that the report was ready to be placed before the Public Accounts Committee of Parliament, a meeting was convened on February 24, 2016 at Najib’s behest.

“It was chaired by the chief secretary. As a result of what transpired at that meeting, the relevant passages were amended or removed.

“The accused, Arul Kanda, by his conduct, preceding the meeting in question, at that meeting and following it, abetted the accused in this transaction,’’ he said.

Both Najib and Arul Kanda are being jointly tried over charges of tampering in 2016 with the auditor-general’s final report on 1MDB. Sri Ram added that the prosecution will show that Najib did conceal the truth in order to avoid civil or criminal liability that he would face as the “shadow director” of 1MDB as well as in his positions as Prime Minister and Minister of Finance.

Today, the trial saw three formal witnesses called to the stand to largely testify on Najib’s salary, and designation during his tenure in public office.

Among those is Daman Huri Nor from the Parliament and Constitution Affairs Section of the Prime Minister’s Department who confirmed that Najib was the prime minister from 2009 to 2018.

The second witness is Natasha Rahimah Haryati Mohamad, an accountant with the Finance Department of the Prime Minister Department who provided the details of Najib’s salary and allowances during his tenure in public office in 2006 and 2018.

The final witness for the day is deputy registrar at the Registrar of Companies Malaysia (SSM), Muhamad Akmaludin Abdullah who was called to confirm SSM documents pertaining to 1MDB and its senior management.

Akmaludin is expected to be called again to testify tomorrow.