Around 100 Orang Asli from various villages gathered peacefully to protest deforestation and farming projects in Perak forest reserves, April 30, 2019. ― Pictures by Farhan Najib
Follow us on Instagram, subscribe to our Telegram channel and browser alerts for the latest news you need to know.
By By John Bunyan

Gathered peacefully outside the State Secretariat Building here, they sought to send the memorandum to Mentri Besar Datuk Seri Ahmad Faizal Azumu over these issues at about 400 hectares in the Bukit Kinta Forest Reserve, Kledang Saiong Forest Reserve and Bukit Kledang.

Meor said they chose to send the protest note after failing get any response from the state government since their previous meeting on the matter.

“We demand the state government to withdraw and cancel the projects in the affected area or move the projects to some other government owned land which is truly a secondary forest or abandoned,” he told reporters.

Meor said environmental groups that checked the areas approved for the forest farming found that the greenery there was still thriving despite claims that these have been depleted to the level of secondary forests.

“It does not make sense, how a state can have 400 hectares of secondary forest? What were the responsible agencies doing? Another thing is, what causes these forests to be secondary? Is it by natural or caused by man?

“The forest are also home for a variety of wildlife such as elephant, tiger, leopard cat, sun bear and deer. If the project continues, it will have a deep environmental impact,” he added. 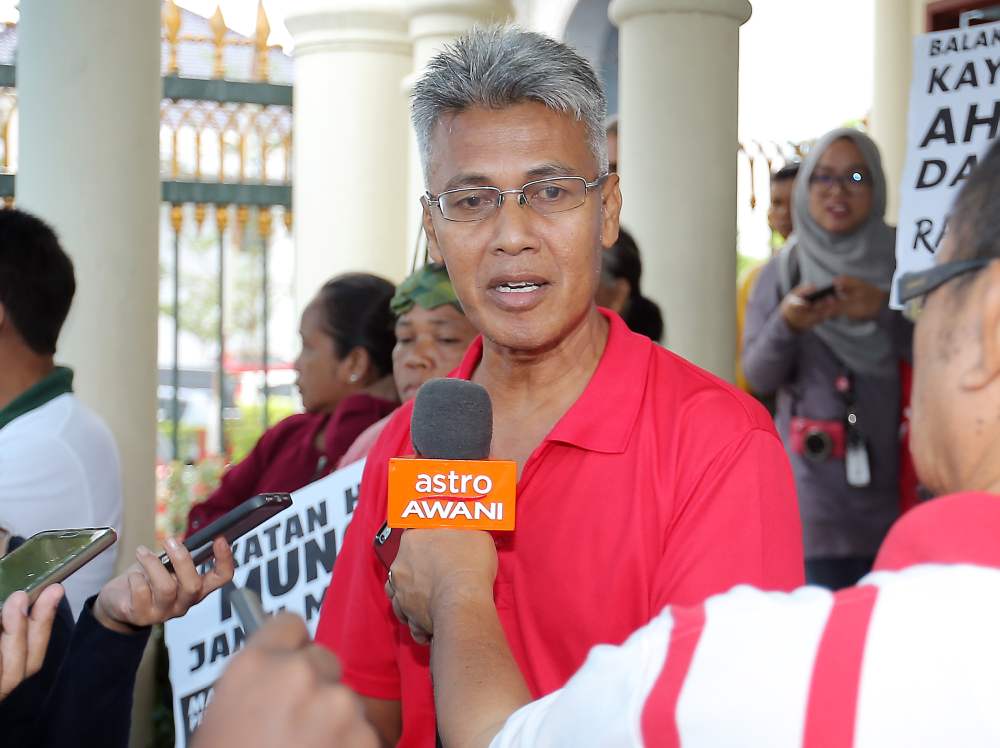 Meor also noted that the farming projects were approved in the confines of the Kinta Valley that Perak’s Sultan Nazrin Muizzuddin Shah declared as a geopark the last October.

He said the two were at odds with each other.

“The purpose of declaring the area as a geopark was to offer better protection to the forest. Farming is farm, it can't be considered as a forest,” he explained.

He then urged the state government to identify those encroaching into the hills of the state-owned land in Bukit Kledang here recently and to prosecute them.

Meor also said the state government should have public hearings and discussions with the Orang Asli community who live in the area before starting any project as they are also badly affected.

He said the Orang Asli livelihood, ancestral land and daily necessity, such as the river water are damaged due to the deforestation nearby.

Hasim Itam, a representative of Orang Asli from Kampung Kerawat in Simpang Pulai here, said they were disappointed with the state government for approving the farming project on their ancestral land.

“We have been living and guarding the places for decades, but now it has been open for projects. If we lose this place, we longer can protect our culture and existence,” he said.