Sabah Fisheries Department staff retrieve the 150kg whale shark head for research purposes. — Picture courtesy of Sabah Wildlife Department
Follow us on Instagram, subscribe to our Telegram channel and browser alerts for the latest news you need to know.
By By Julia Chan

KOTA KINABALU, Feb 8 — A whale shark that washed ashore on Tanjung Aru Beach in Menumbuk, Kuala Penyu, was found to have starved to death after ingesting a plastic bag.

“When a post-mortem was done, we were shocked to find a large plastic bag measuring 46cm in width by 32cm in width that was causing a physical obstruction in its gastrointestinal tract. It was evident that the cause of death was due to intestinal obstruction leading to starvation and death,” said Sen. 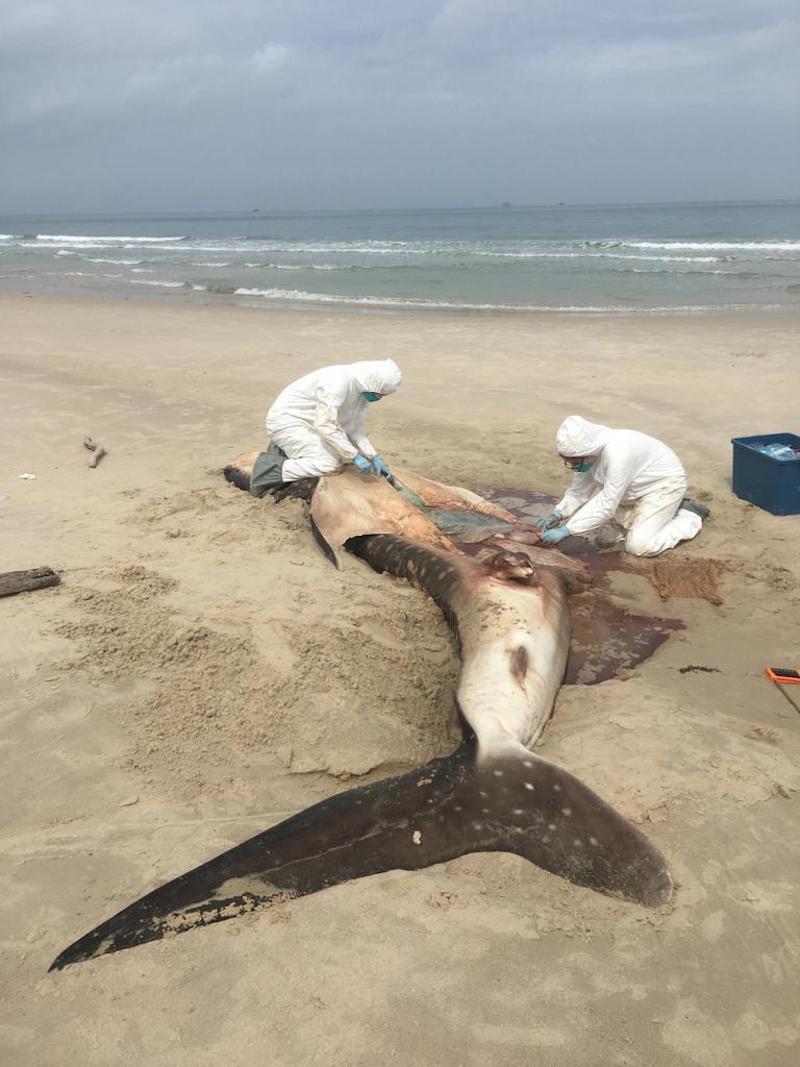 The 4.61m male whale shark carcass was found by a teacher three days ago, when jogging along the beach. He informed the Sabah Wildlife Department who despatched the Wildlife Rescue Unit to the location.

“Plastic pollution in our oceans is a very serious threat to marine wildlife and this should be a grave reminder to us that disposing of plastic correctly or even better, not using plastic bags and other plastic paraphernalia at all, would be the best solution to protecting our ocean’s inhabitants,” said Sabah Wildlife Department director Augustine Tuuga. 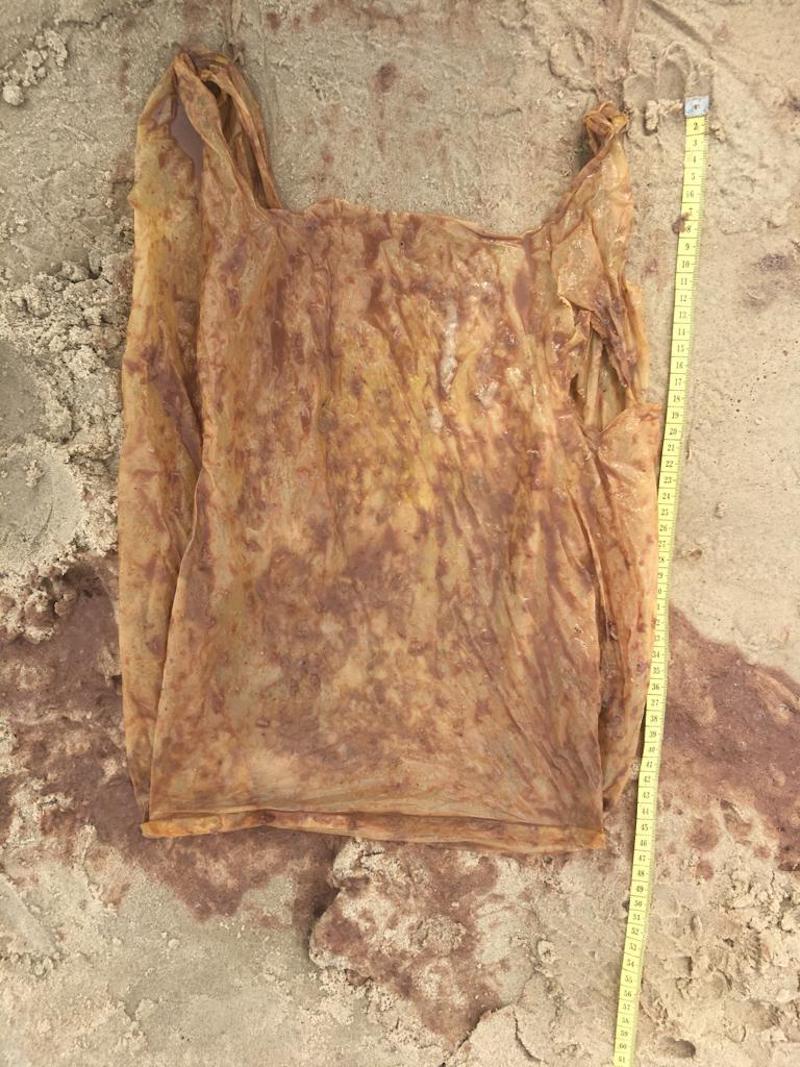 The whale shark, also known by its scientific name Rhincodon typus, is a species that is not allowed to be exploited (caught, eaten, sold or exported) under the Fisheries Act 1985 and International Trade in Endangered Species of Wild Fauna and Flora Act 2008.