The commission’s chairman Tan Sri Mohd Sidek Hassan said the amount was concluded based on statements given by several BNM employees during the proceedings today.

“We have made a finding today that BNM lost RM31.5 billion between 1991 and 1994,” he said in today’s inquiry, held at the Palace of Justice court complex here.

Mohd Sidek also said that based on the testimonies made today, someone had actively taken efforts to hide the RM31.5 billion loss from the BNM reports.

“The figure was hidden somewhere from Bank Negara’s report. We have to find out who was responsible for asking for it to be hidden,” he said.

“At the end of the questioning, remarkably to our surprise the chairman gave a what I say was an unnecessary conclusion.

“To my understanding any findings ada made at the end. The commission should not enter such a practice,” he said outside the courtroom today.

Dr Mahathir was the prime minister during the 1990s when BNM was alleged to have incurred billions of ringgit of losses through trading in foreign currencies.

The RCI panel, which has been given five terms of reference, has to complete its inquiry and submit its report to the Yang di-Pertuan Agong within three months by the scheduled date of October 13. 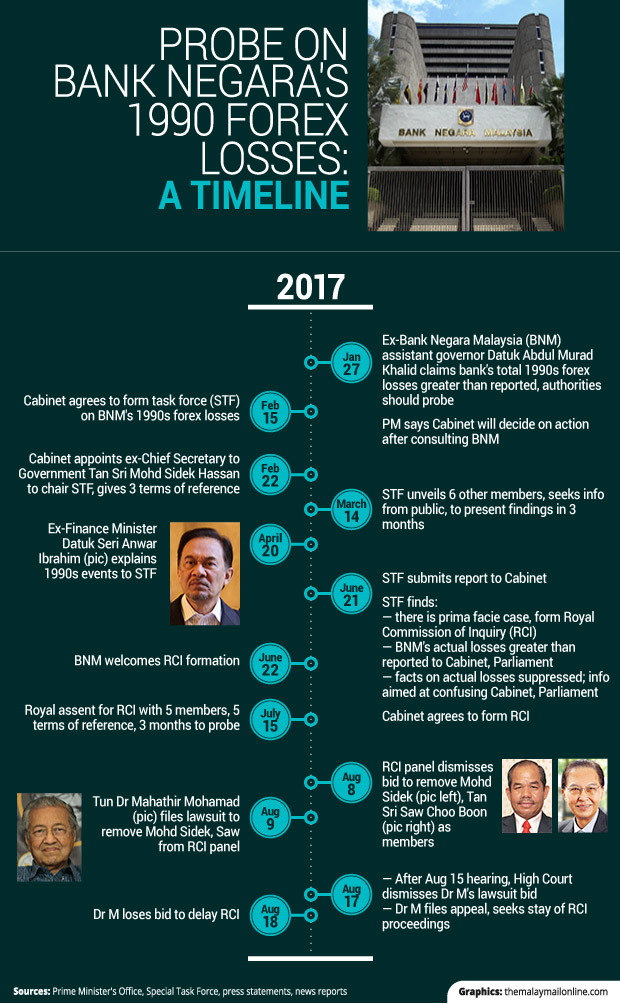