KUALA LUMPUR, Nov 2 ― Despite climbing up one rung from last year in the latest prosperity survey to take 44th place out of 142 countries, Malaysia remains poorer compared to neighbours in the land-strapped island republic of Singapore.

Singapore’s overall prosperity rank was 17th, considered “high”, putting it at first place in the economy category and the top Asian nation overall.

Malaysia ranked “upper middle” in all categories except for personal freedom.

The personal freedom category was defined as a nation’s performance and progress in guaranteeing individual freedom and encouraging social tolerance.

Putrajaya has come under fire from international rights groups over the violation of right to freedom of speech in Malaysia, with a recent Human Rights Watch report citing a long list of arrests in a purported government crackdown on dissent.

Malaysia has been hovering between the 43rd and 45th ranks in the Legatum Prosperity Index since 2009. 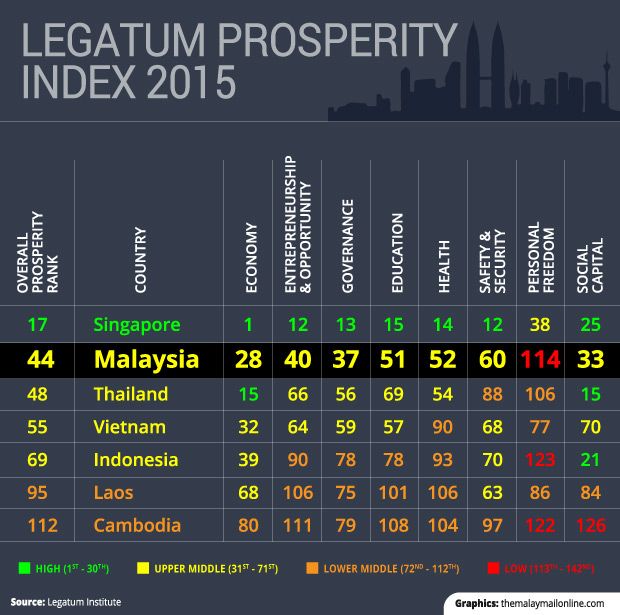