PUTRAJAYA, June 23 — Malaysia’s highest court ruled today that the Catholic newspaper The Herald has no grounds to appeal a lower court decision preventing it from using the word “Allah” to refer to God.

The landmark decision on a divisive issue that has fuelled intense debate and heightened religious tensions in the country, brings to an end the Catholic Church’s challenge in the Malaysian court system.

A seven-member bench at the Federal Court decided by a narrow 4-to-3 majority to deny the Catholic paper the right of appeal.

“The Court of Appeal was right to set aside the High Court Ruling,” Chief Justice Tun Arifin Zakaria told a packed courtroom this morning, upholding the lower court’s decision last year which overturned a high court ruling from 2009 allowing the paper to use the word as a constitutional right.

The legal dispute has been in the courts for the last six years after the Home Ministry banned the publication of the word “Allah” in the Herald’s Bahasa Malaysia section in 2007.

One dissenting judge, the Chief Judge of Sabah and Sarawak Tan Sri Richard Malanjum told the courtroom that the home minister’s decision in 2007 disallowing the Catholic paper from using the word ‘Allah’ may have been flawed.

“The minister’s power is not entirely subjective. He must give evidence to support the claim of a threat to public order,” he said.

Another dissenting judge, Tan Sri Jeffrey Tan Kok Wah, said the Federal Court would have been the right avenue to answer the important questions raised by the case.

Last year, the Court of Appeal had ruled that “Allah” was not integral to the Christian faith and could confuse Muslims as well as threaten national security and public order.

The Catholic Church had argued that Christians in Sabah and Sarawak had been using the word for centuries.

The Catholic Church took the case to the Federal Court seeking the right to appeal the decision, culminating in today’s rejection.

They argued that the lower court hadn’t used the right test to reach its decision.

The bid to appeal the appellate court’s October ruling was opposed by nine respondents, namely the Home Ministry, the government, the Malaysian Chinese Muslim Association and the Islamic councils of six states. 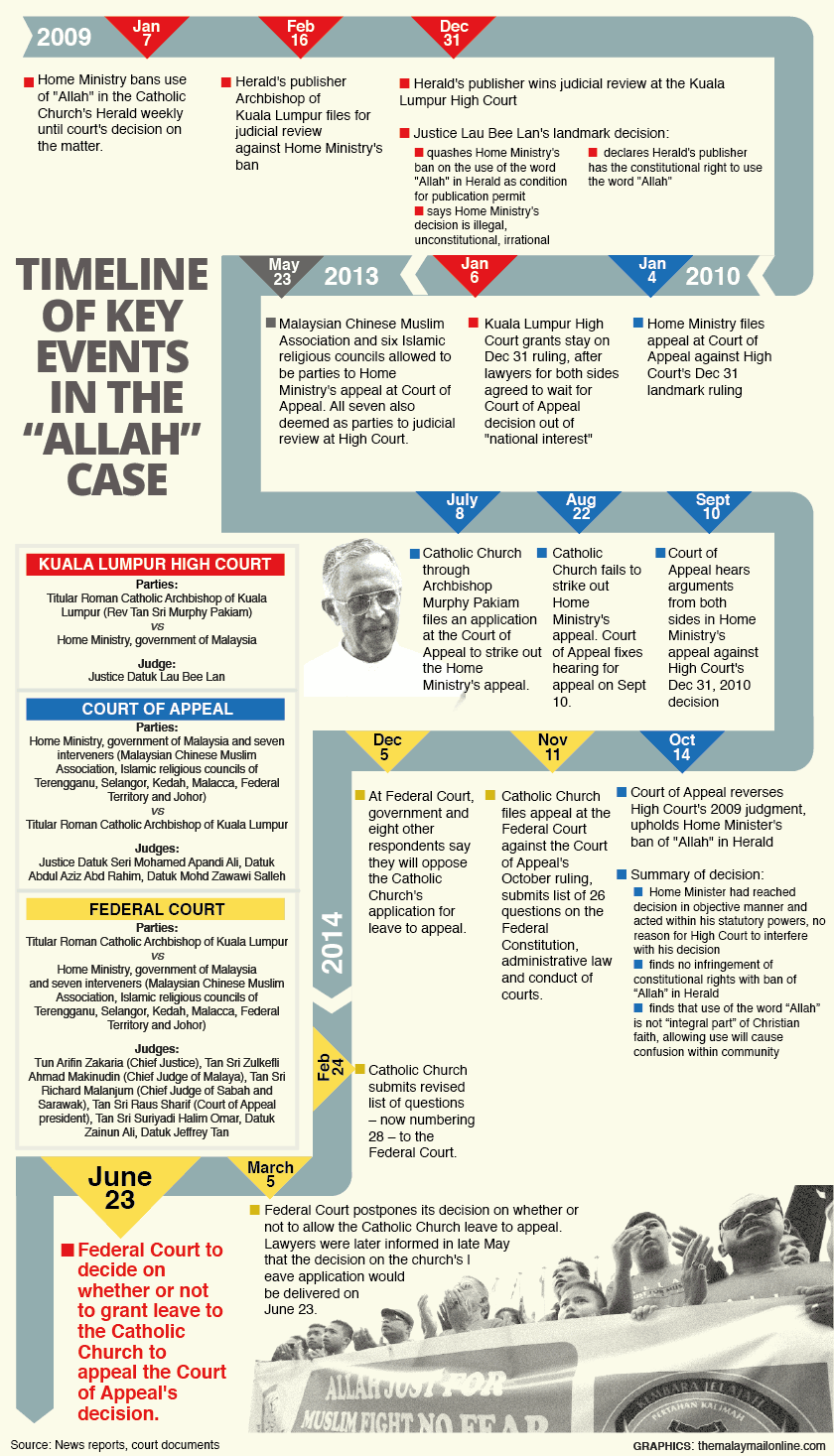