Taking place at the Small Shifting Space (SSS) in Petaling Street from March 1 until March 20, the Recrafting Stories: A Decolonial Pursuit exhibition will be showcasing hand crafted items by Southeast Asia’s artisans along with music and literature performances by local artists and poets. 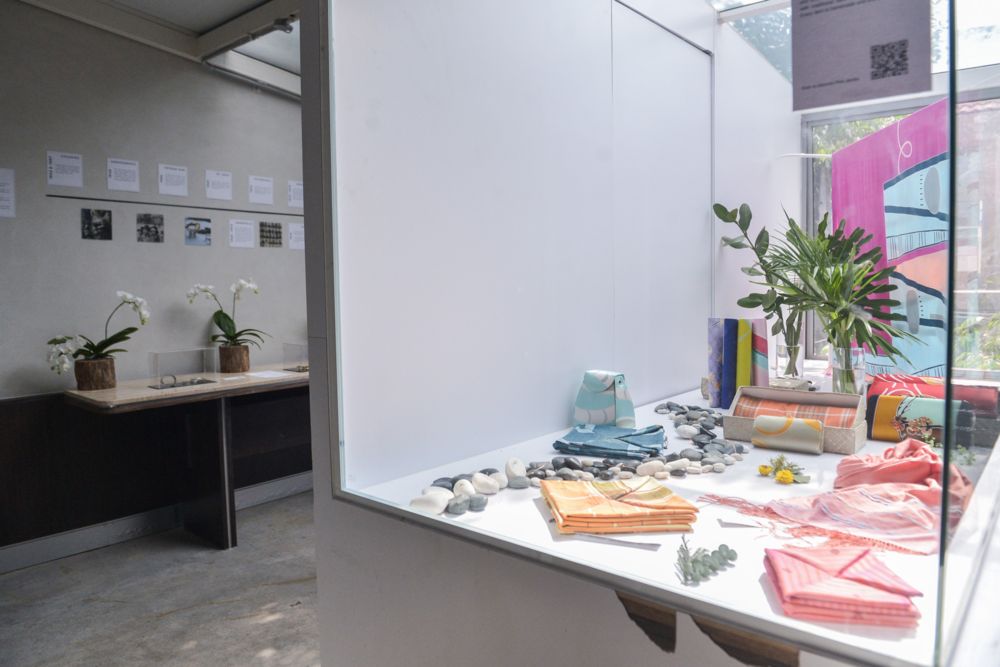 The exhibition which will explore the history of colonialism and its impacts towards Southeast Asia’s fashion industry, will be divided into three parts throughout the three weeks.

According to one of Dia Guild’s founders, Aisha Hassan, the first part of the exhibition titled ‘Where are we now?’ will give visitors a crash course on the rich history of Southeast Asia’s cultural heritage on a different aspect.

“For example, the Sarong, you see it everywhere in Malaysia today you probably wear it at home.

“People wear it for their prayers and a lot of people don’t know that in the colonial era, in some countries you weren’t allowed to wear sarong because it’s too revealing.

“The sarong has some rich history and that is something that’s not well known. So, for us, part one is really about educating consumers,” Aisha told Malay Mail.

Part two, which is currently happening until March 13, will dive into the question of ‘how did we get here’ where it will explore the current state of Southeast Asia’s artisans.

For part three, happening from March 16 until March 20, the exhibition will be exploring the question of ‘where are we going’ where it will feature individual artisan stories and an outlook to the future of the fashion industry in Southeast Asia. 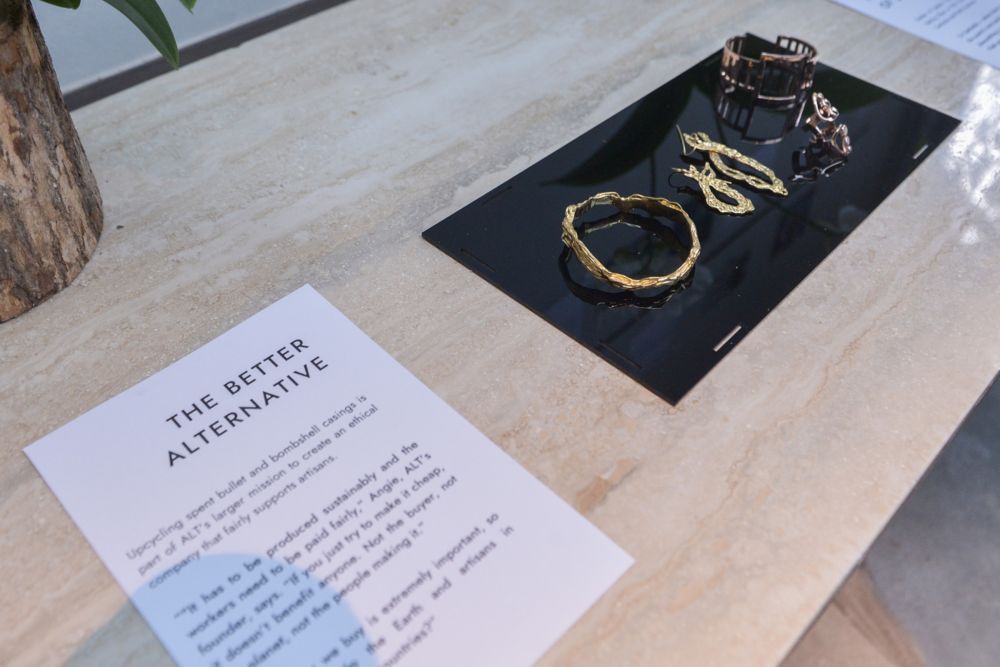 Some of the featured items at the Recrafting Stories exhibition. — Picture by Miera Zulyana

All handcrafted items displayed at the exhibition are the works from 20 designers from Southeast Asia region with ten Malaysian born brands.

“Dia has partner brands from six countries across Southeast Asia, and we’re happy to feature several of our local Malaysian partners during the exhibition series, especially because Malaysia has such a rich heritage of craftsmanship.

“For instance, we have brands like Pink Jambu, FERN, and Suria Artisan Batik, who are all innovating the ancient art of batik,” Aisha said.

Meanwhile, amongst the international artisanal brands featured at the exhibition are Neil Felipp from the Philippines, Argent Studio from Indonesia, and Garden of Desire from Cambodia. 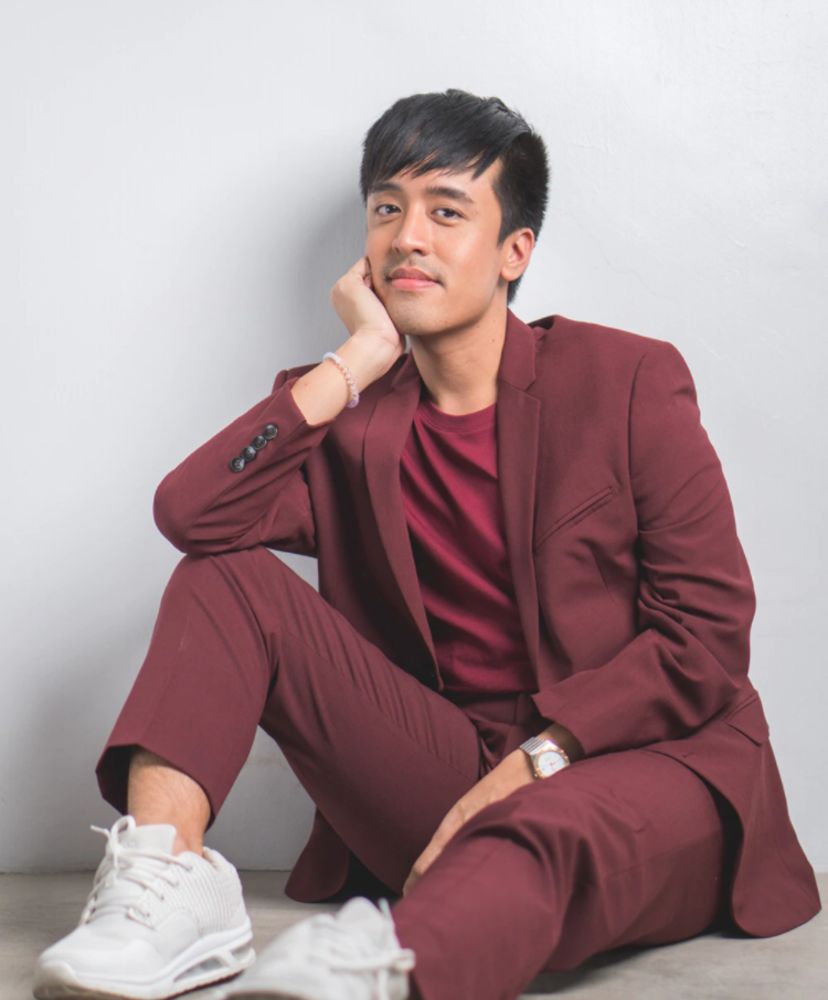 When asked about his featured Minaudieres clutch bag at the exhibition, Neil Felipp said that it was inspired from Cebu City which was a well-known trade city during the Spanish colonisation of the Philippines.

“One of the key items that were used to trade from the Philippines was gold and fine jewelry. The pre-Hispanic communities were so abundant with gold that even their slaves were adorned with it.

“As centuries passed, the craftsmanship of Cebu City is still revered globally with notable designers such as Kenneth Cobonpue, Vito Selma & Monique Lhuillier.

“With this rich history of Cebu city, the featured Neil Felipp pieces celebrate local craftsmanship with a global appeal that we hope can transcend between cultures,” he said.

The founder of Argent Studio, Karista Krishna, whose jewelry collection is featured, said that Indonesia has more than a thousand years of metallurgy history and their collection of jewelry represents the history and quality of Indonesian silver artisans.

“I am humbled and grateful to be able to help to continue and conserve this highly sophisticated art. The arts are at the very essence of Indonesian culture – that is a fact that cannot be denied.

“Traditional metalsmithing in Indonesia is not only important; it is a luxury. But this luxury comes with a stigma.

“The hands that make them and give them life are usually underappreciated. We see fewer and fewer young people who are interested in conserving the art of traditional metalsmithing,” Karista said. Meanwhile, Garden of Desire co-founder and designer, Ly Pisith, they are trying to bring back the art of Cambodian silversmithing which is known as Khmer.

“In recent decades, as the country has continued to rebuild itself, the art of Khmer silversmithing has made a comeback, with local artisans and jewelers revitalizing age-old artistic traditions in the crafting of silverware and silver jewelry.

“In Cambodia – where silver has long been the country’s most precious metal – the art of silversmithing is more than 1,000 years old. It peaked in the 11th century during the Angkor empire.

“However, eight centuries later, Cambodia plunged into decline during the brutal Pol Pot regime in the 1970s and the economic crisis that followed,” Pisith said.

Pisith added that this is his way of reconciliation as the collection represents his struggle to love his country again and his own self-growth.

“As part of my design process, a part of my collection is innately linked to my Cambodian roots, which celebrate our built, natural, and cultural heritage with a contemporary expression.

“The Cambodian heritage is so rich yet fragile. There is a lot of reflection, growing and I am still learning from it,” he said, adding that seeing people’s evolutions have also inspired him in his creations.

Dia Guild was founded in 2020 by three friends, Aisha Hassan, Alia Farouk and Kylie Francis, whose aim is to champion Southeast Asia’s artisanship and develop global recognition for the brands.

To date, Dia Guild has 23 brands from six countries across Southeast Asia.

For more information on the exhibition and featured brands, please click here.