Nana has been visiting its owner's grave for the past two years and would sit on his old car. — Picture courtesy of Hazlynn Nozi
Follow us on Instagram, subscribe to our Telegram channel and browser alerts for the latest news you need to know.
By ANNE GRACE SAVITHA

PETALING JAYA, Sept 22 — Many know the story of Japanese dog Hachiko that waited for its owner at the train station for nine years even after his death.

Closer to home, a cat in Kelantan, Nana, has visited its owner’s grave everyday for two years now, after his death.

The late owner’s daughter Hazlynn Nozi told Malay Mail that her father, who was a retired teacher, was very fond of cats and always looked after his cats.

“But six-year-old Nana had a special bond with dad. She was extremely close to him.

“Nana has been visiting dad’s grave every morning and it would just sit down next or even sleep next to his grave.” 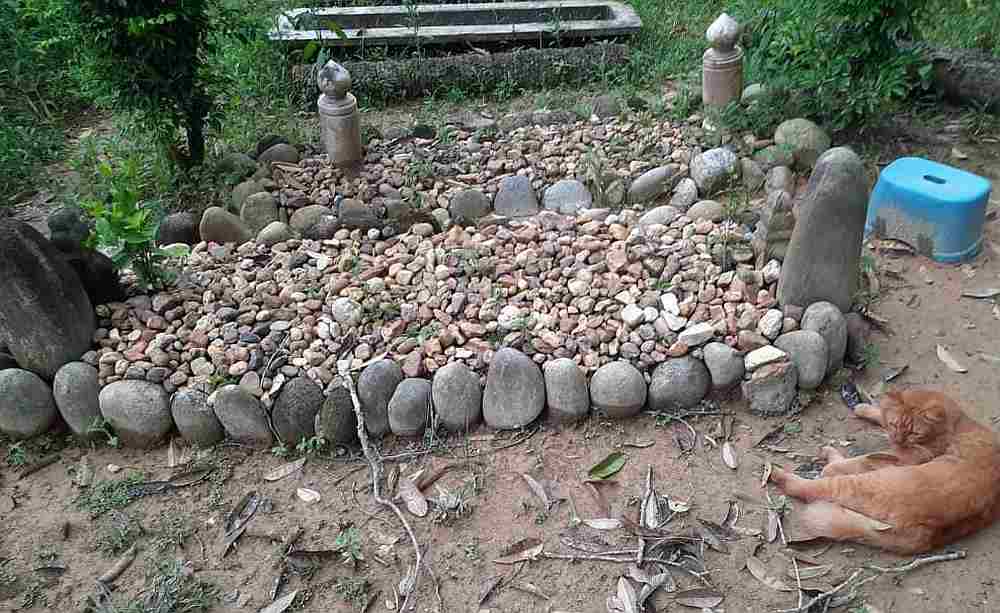 A loyal Nana spending time next to its owner's grave. — Picture courtesy of Hazlynn Nozi

Hazlynn also said that when her father was alive, he was always the one who fed Nana in the morning before he went to the mosque.

“Nana always followed dad to the mosque and waited for him to finish his prayers before she followed him back home.

“There was a bond that this particular cat had with dad as compared to the other cats at home.”

When Hazlynn’s dad passed away two years ago, Hazlynn said that initially Nana lost her appetite and lost some weight.

“She was better after three months and started eating normally but she would also linger around where dad spent his time — like on the swing which was dad's favourite spot or even sit on his old car.

“And she has been loyally visiting his grave since he passed away two years ago.”