A rescued elephant getting ready to be translocated to safer area. — Picture courtesy of Perhilitan
Follow us on Instagram, subscribe to our Telegram channel and browser alerts for the latest news you need to know.
By SYLVIA LOOI

IPOH, Sept 7 — As the natural habitat of elephants grows smaller due to development, inevitably there will be conflict with man.

Hence, specialised units are needed to manage these conflicts.

Centre head Mohamad Khairul Adha Mat Amin said since the setting up of PKGK in 1989, it has either rescued or relocated some 900 elephants.

“Most of the rescues are due to conflict with mankind,” he said.

Speaking to Malay Mail, Khairul Adha said a majority of the centre's rescued elephants are males, with bulls making up 60 per cent of it.

“This is because a bull tends to roam alone and gets separated from its pack.” 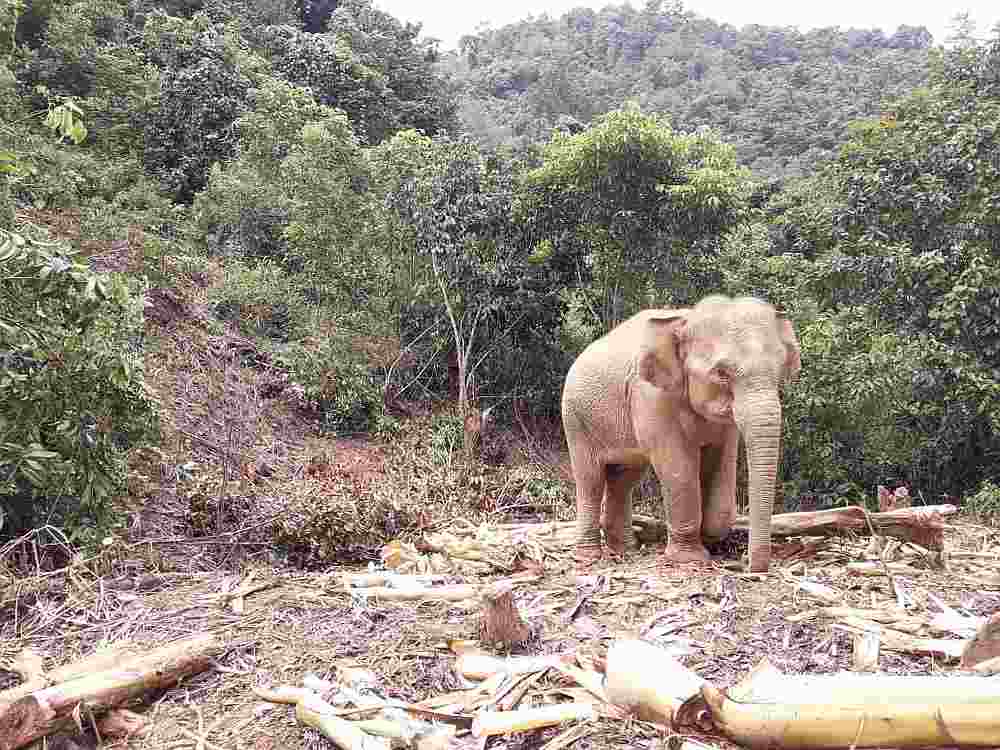 As the natural habitat of elephants becomes smaller due to development, inevitably there will be conflict with man. — Picture courtesy of Perhilitan

While there are 70 personnel based at PKGK, states with elephant population such as Perak, Johor, Terengganu, Pahang, Kelantan and Kedah have its individual units to cater to the mammal.

These states each have 10 personnel in their units.

“Currenly, our units in Pahang and Johor are kept busy as there are more reports of elephants straying into human habitat,” he added.

What happens when there’s a report of elephants straying into human habitat?

Khairul Adha said a team of at least 20 people including a veterinarian would be sent to the place where a report has been received.

“The respective state's unit will be the first response team where several options are considered to deal with the complaints.”

The options, according to Khairul Adha, include chasing the elephants deeper into the jungle or mitigation methods such as setting up electric fencing or digging a ditch.

“Translocation will be the last resort.”

In the case of translocation, the unit would track the stray elephant down and catch it.

“Once the stray elephant has been tranquillised and chained, it will be monitored between three and five days to ensure it is not stressed out.”

“There will also be two escort elephants to guide the stray,” he added, noting that the unit now uses two rehabilitated cows — Abot and Rambai — to escort the elephants. 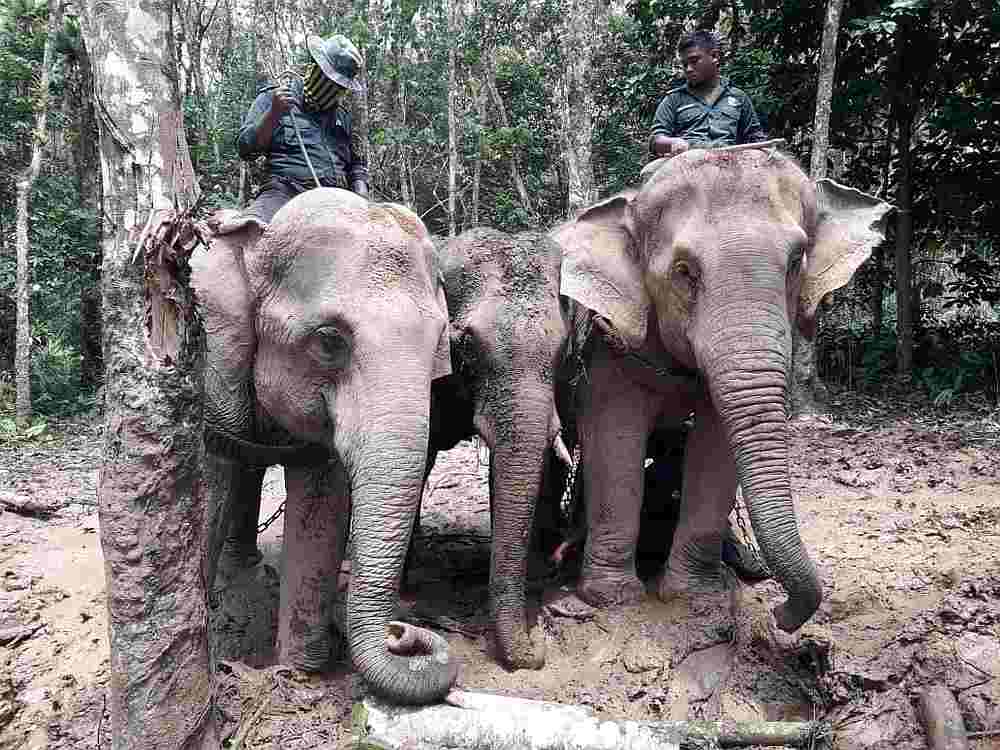 Aside from Abot and Rambai, the unit has three other elephants to escort stray elephants.

“Abot and Rambai, however, are our favourite as they are calmer and are able to protect my personnel.”

While most of the rescued elephants are relocated deeper into the jungle, there are some that are placed at PKGK.

Khairul Adha said there are currently 33 elephants at the conservation centre.

“They are placed there as some were injured before they were rescued such as their legs got caught in snares.” 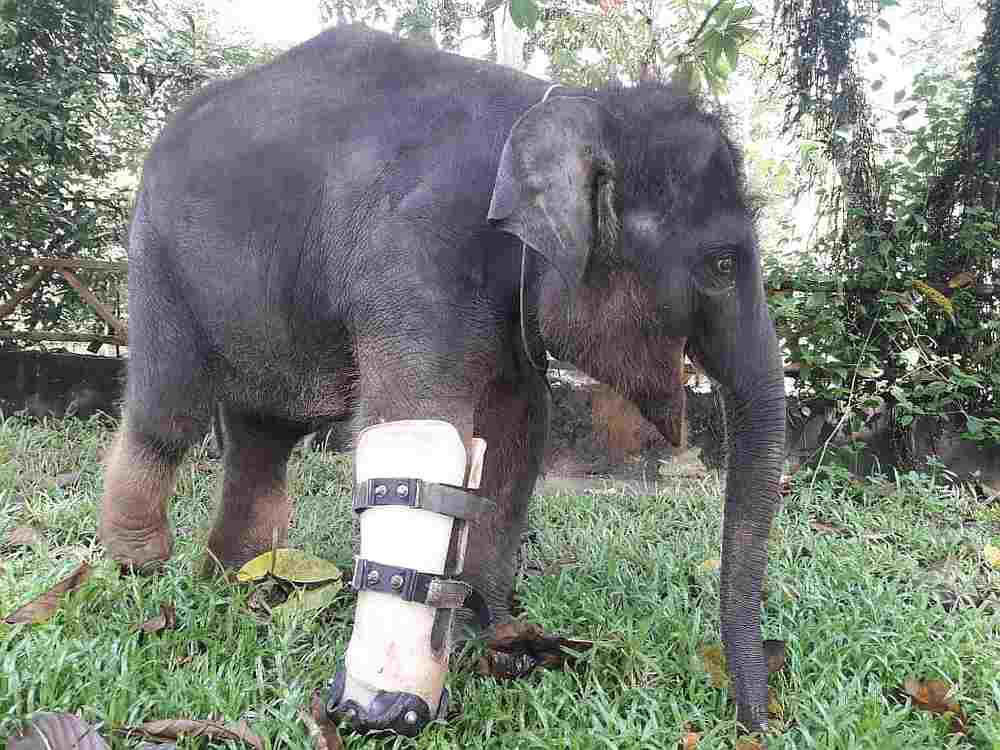 “There are also some baby elephants abandoned by their pack,” he added.

As the relocation exercise can be costly, with each exercise costing the department a whopping RM50,000, the unit has to consider the criteria before relocating.

“Normally we will relocate if the place where the elephant has strayed has low habitat quality where food and water are scarce.

“If food and water is not a problem, the elephant is moved deeper into the forest.”

Although the unit had been in existence for over three decades, it has recorded less than 10 deaths.

“The deaths are not due to negligence but the elephants have been injured before we could get to them and by the time we reach them, they have passed on."

If you happen to stumble upon stray elephants during your daily activities, Khairul Adha advised not to agitate them.

“Do not approach them to take selfies thinking they are cute. Keep a safe distance and call us for assistance.”