The zoo’s deputy president says these incidents happen ‘off and on’ and the rat problem is ‘difficult to control.’ — Pictures from Facebook/worldgrandmasterj
Follow us on Instagram, subscribe to our Telegram channel and browser alerts for the latest news you need to know.
By TAN MEI ZI 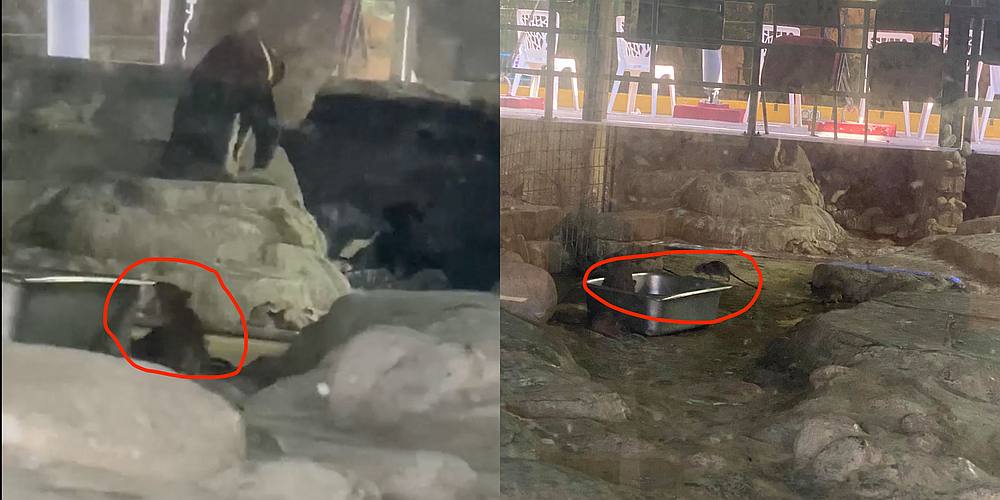 The zoo’s deputy president says these incidents happen ‘off and on’ and the rat problem is ‘difficult to control.’ — Pictures from Facebook/worldgrandmasterj

KUALA LUMPUR, Aug 13 — Zoo Negara has defended itself against claims of animal mistreatment after a video of rats scurrying around a penguin enclosure went viral recently.

The zoo’s deputy president Rosly @ Rahmat Ahmat Lana told The Star that it was not the first time they've dealt with vermin inside the enclosures and that the problem has been addressed.

“Our zoo is quite old and sometimes, there are rats and snakes that manage to make a hole and go (inside the enclosure).

“We have already closed the (hole) in the penguin enclosure and they’re not coming in anymore,” said Rosly, who said these types of incidents have cropped up occasionally in the past.

He added that the zoo has pest control measures in place but claimed that rats are “difficult to control” like cockroaches.

Rosly also rubbished social media users’ claims that the water in the penguin enclosure was unclean.

“That’s not true. If the water is not clean, then the penguin would not be in good health.

“The penguin is in good health. We do take care of them very well.”

One of the penguins appeared listless with its head hung low in the background as the rats helped themselves to food remnants.

“Seeing the hopeless look of a penguin who is isolated and helpless at Zoo Negara in Malaysia is really sad,” Lee wrote.

In a follow-up post, Lee said he caught the incident on camera at the zoo on August 10 around closing time at 5pm.

He said he spotted five to seven rats measuring 20 to 25 centimetres in length chowing down on leftovers inside the penguins’ feeding trays.

This isn’t the first time in 2020 that Zoo Negara has addressed welfare concerns regarding its animals.

Social media users erupted with anger after a photo of the zoo’s male lion with its ribcage visible went viral on Twitter in June.

Rosly responded to the outrage by saying that the lion was in good health and blamed its weight loss on the animal’s “fussy” attitude towards food and its preoccupation with mating.

Zoo Negara was also under the spotlight in July after photos of inhumane living conditions in its chimpanzee and orangutan night dens were published online.

He said that they have since opened up partitions separating 24 night dens to become eight bigger units measuring 6.4 metres in length, 1.83 metres in width, and 3.35 metres in height.

Malay Mail has attempted to contact Wildlife and National Parks Department (Perhilitan) for comments on the matter but received no formal response.