Tan decided to extend help to the cash strapped couple as it reminded him of his own hardship. — Picture from Facebook/Nicky Tan
Follow us on Instagram, subscribe to our Telegram channel and browser alerts for the latest news you need to know.
By MELANIE CHALIL

PETALING JAYA, Aug 29 — A couple who needed a new battery for their Proton Wira was put in a difficult situation when they couldn’t afford to cough up RM165 at the service workshop.

Lucky for them, help came in the form a kindhearted car battery shop owner in Klang.

Nicky Tan of Sin Tung Sheng Battery decided to assist them out after noticing they were strapped for cash with only RM90 in hand and were searching their car’s armrest compartment for extra money. 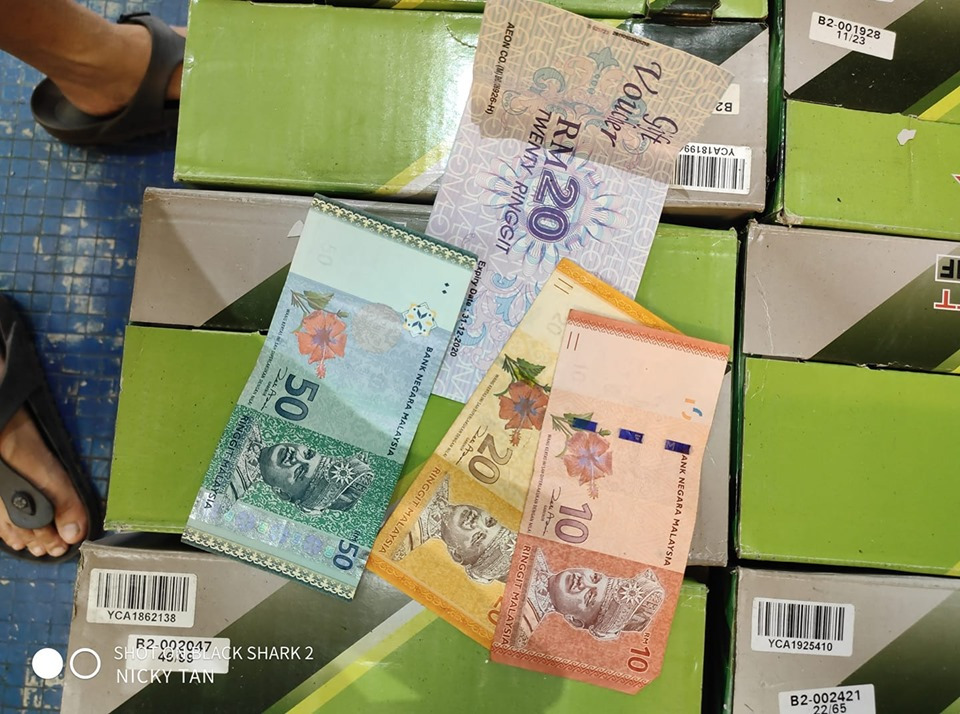 This was all Nicky Tan of Sin Tung Sheng Battery accepted as payment from the desperate couple. — Picture from Facebook/Nicky Tan

On top of that, they offered all the coins they had along with a RM20 gift voucher.

“I told the uncle I would give them a new battery and asked them to keep the coins and RM10 for their trip back to Subang and to use the voucher to buy food,” Tan wrote on Facebook.

However, the couple insisted that he accept the RM80 and voucher as payment.

“I’ve been through their situation before. I’m not rich but I’m not hungry. I think I’m so blessed as it is,” he wrote in the now-viral post.

Despite making a loss, Tan told Malay Mail he didn’t mind because their hardship reminded him of a difficult time in his life years ago when he didn’t have enough money to eat.

When contacted, the 33-year-old business owner said his heart broke when the woman cupped her hands to offer all the coins they had.

“I refused to take the coins and I left them RM10 so they have something to go back. They said they have money at home when I asked or else I would have given them the battery for free.

“They said their life is hard but still manageable.”

Tan was touched by their sincerity to offer all they had.

“Even after I offered the voucher back to them, they said ‘It’s okay’.

“Their daughter gave them the voucher to buy groceries and they said they still have a lot at home.”

The Facebook post which was uploaded yesterday has gained more than 4,900 reactions on Facebook and hundreds of comments have been pouring in to celebrate Tan’s generosity and to wish him well. 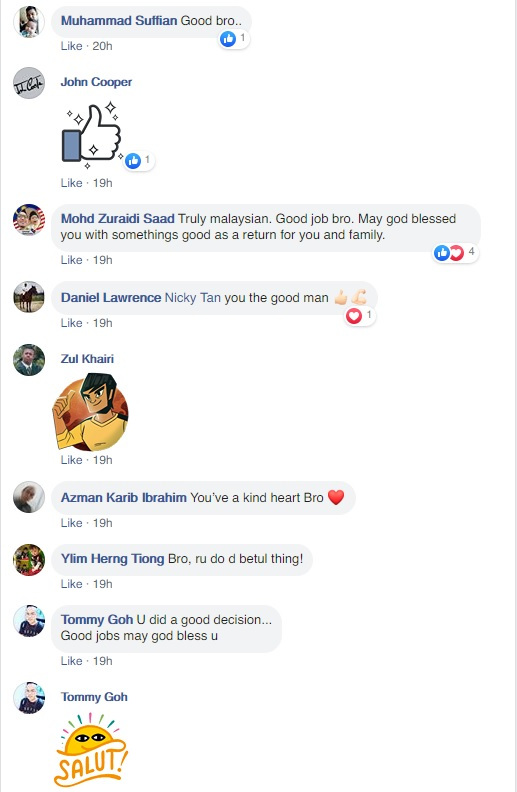 Although he didn’t expect the story to go viral, he hopes it will inspire others to help those in need regardless of race and religion.

“Recently there’s a lot of negative and racially sensitive news. I feel happy that everyone is giving positive feedback regardless of race and religion during this Merdeka month.

“It is just a small gesture but I felt very happy after helping them.”

Despite losing pet koi to killer otters, family in Singapore still escorts them to safety

Physical voting at PKR polls to be reheld in four states