Humient chief executive officer Azmaan Onies strongly advocates for nursing homes to adopt the use of modern technology. — Picture courtesy of Azmaan Onies
Follow us on Instagram, subscribe to our Telegram channel and browser alerts for the latest news you need to know.
By TAN MEI ZI

KUALA LUMPUR, May 24 — With Malaysia well on its way to becoming a grey-haired nation, the quality of eldercare is becoming a pressing concern for many citizens.

A 2018 study conducted by Universiti Malaya’s Social Wellbeing Research Centre predicted that 20 per cent of the population will consist of those over the age of 60 by 2040 and the number of residents in eldercare facilities is expected to rise as a result.

Nursing homes in countries like Hong Kong have benefitted from modern technology with seniors even engaging in virtual reality games as rehabilitation for ailments like Alzheimer’s and dementia, China Daily reported.

Back in Malaysia, Sri Lankan entrepreneur Azmaan Onies hopes to harness digital technology to lend a much-needed helping hand to nursing homes here, an innovation that can bring great gains to the wellbeing of residents and overworked staff.

In an interview with Malay Mail, Onies, who heads a software company that helps run nursing homes, revealed some of the ways modern technology can help spruce up the current state of eldercare in Malaysia.

Staying connected with loved ones

There is still a strong stigma surrounding the decision to place an elderly family member in a nursing home with many likening it to “abandoning” one’s parents.

This isn’t necessarily true as technology has made it easier than ever to stay in touch with someone no matter where you are.

Onies explained how getting caregivers to use messaging apps can help foster better connections between nursing home residents and their loved ones. 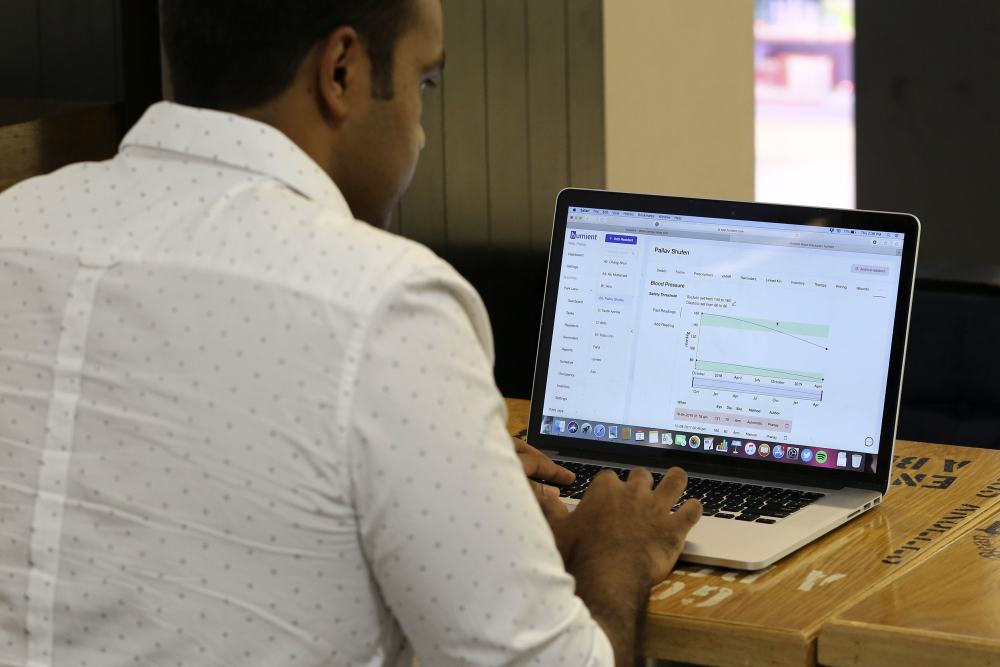 With the use of digital tools, recording vital signs becomes a breeze for caregivers in nursing homes. — Picture by Yusof Mat Isa

No more pen and paper

Recording vital signs is no longer a tedious task as the use of a smartphone app does away with the need for pen and paper.

It also helps systemise operations, allowing caregivers to track incidents which could be indicative of other problems.

“Falling is a common occurrence in nursing homes. What happens is that when someone falls and there’s an injury, caregivers occasionally record it and sometimes they don’t,” he added.

“When you create a digital form and procedure for recording these types of events, a staff member can easily write a full report on the day it happened and have a detailed record of what happened.”

“Two months down the line, if the resident falls again, you can look back at the earlier report and find out if there’s an ongoing problem that the resident is facing.

“Having everything organised really helps. Instead of going to a filing room and going through endless lists, they can just go to a website and find what they need there.”

To-do lists at a glance

Onies said that Malaysian nursing homes often fall behind in standards due to negligence in recording the vital signs of residents.

Having a digital dashboard with reminders and to-do lists can help tackle the problem by allowing caregivers to easily prioritise their work and wrap up unfinished tasks.

Just like the reminders feature on a smartphone, an app that sends notifications to a caregiver about unfinished tasks can make a big difference in the quality of care.

“What I’m trying to do is provide software that will enable better care by giving a set of tools that will make a caregiver’s work easier.

“For example, if they forget to check someone’s blood pressure, the software will send a reminder to them.” 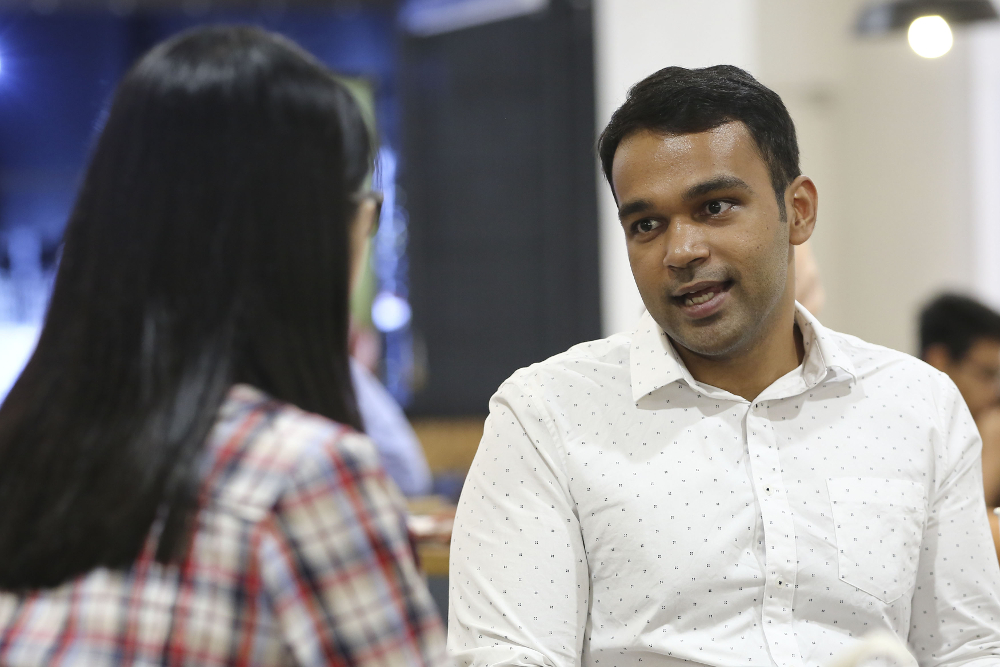 Onies is focused on improving eldercare in Malaysia from the operational side. — Picture by Yusof Mat Isa

Performing tasks using app-based technology can save a caregiver time and energy which they can then use to provide much-needed companionship for seniors.

Onies explained how a trial in Singapore using his company’s software was able to cut the time needed to record vital signs in half compared to traditional methods.

“It might not seem like much but it eventually adds up. In a home with 20 residents, for example, the time needed for recording vital signs would drop from 100 minutes to 50 minutes.”

With all that extra time saved, caregivers can go around chatting with each senior and lend an ear to anything that the resident might wish to talk about.