Mulaika Nordin, 15, addresses failures in Malaysian education through her art

Mulaika Nordin poses with her painting 'Bilik Kaunseling.' — Picture by Firdaus Latif
Follow us on Instagram, subscribe to our Telegram channel and browser alerts for the latest news you need to know.
By By Tan Mei Zi

KUALA LUMPUR, May 3 — The paintbrush has always proven to be mightier than the sword for Malaysian artist Mulaika Nordin.

Take one of her works “Bilik Kaunseling,” which reflects what she sees as negligence towards mental health of youths in schools.

The inspiration? A bad episode with a school counsellor, the memory of which is enough to set the 15-year-old on edge, until now.

“I knew it wasn’t just me because it happened to a few of my friends too. I got back from school one day and I was like ‘I’ve had enough of this and I’m gonna make this painting.’

“It makes me mad to think about how counselors could do that to a kid or say that to a student, especially when they work in a school,” Mulaika told Malay Mail.

“I don’t know if they were educated properly on how to counsel kids but what they say and do is definitely not okay.”

“Bilik Kaunseling” shows a pastel-coloured counseling room in a school, a serene image if not for the baju kurung-clad student whose head is pictured blowing up in the middle of the painting.

The razor-sharp commentary in that work has opened up new doors for Mulaika, who hopes to transition from making more personal paintings to grappling with louder statement pieces.

Having people relate to her more controversial pieces has also provided motivation for Mulaika to continue venturing outside of her comfort zone.

“With my new work, I want to talk about the honest, but ugly things.

“A lot of people who have seen 'Bilik Kaunseling' laugh because it’s relatable, not just to students but people who are working as well,” she said.

“I’d never made anything like that before so it was new territory for me.” 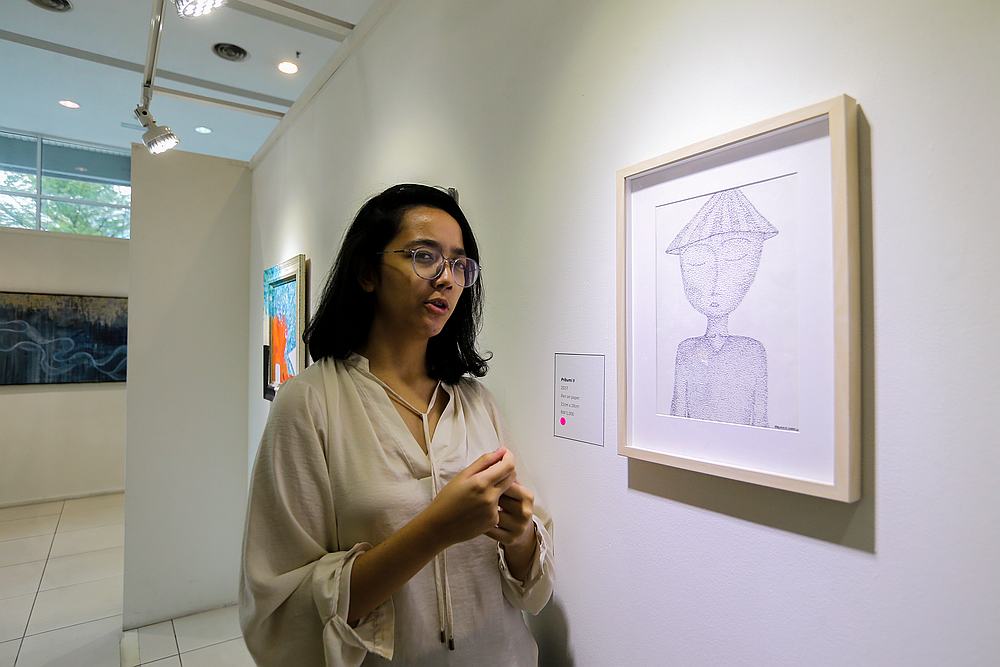 Mulaika’s exhibition covers everything from self-identity to themes of loss and mourning. — Picture by Firdaus Latif

Mulaika is the youngest artist to have her work shown at the National Art Gallery where her exhibition “A Thousand Days of Change” is currently underway.

The show covers several periods in the artist’s life, including Mulaika’s struggles to make friends in kindergarten.

“I was painfully shy as a kid and I didn’t know how to talk to people. In fact, my earliest memory of drawing and painting was in kindergarten after school,” she said

“Everybody else would play with their friends while waiting for their parents, but I would ask my teacher if I could go upstairs and trace drawings.”

With more than 56 paintings in total, her debut solo exhibition chronicles the last three years of her journey as a painter and the evolution of her art style.

“When I see all the paintings, I remember parts of me and who I was when I made that specific piece.

“When I look at everything now, there’s so many different styles and types of paintings.

“I think it shows how much I’ve changed over the past three years as an artist.” 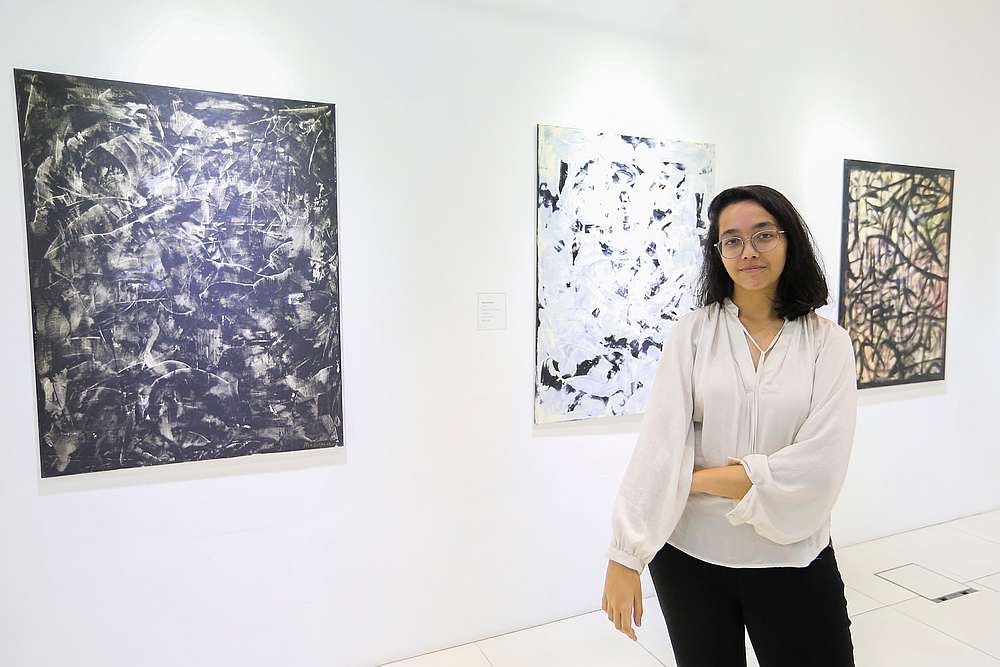 Mulaika lists abstract expressionist Mark Rothko as one of her favourite artists. — Picture by Firdaus Latif

The Form Four student admitted that being a young person in the art world occasionally has its downsides with some people refusing to see her as a legitimate artist.

“It’s really divided because some people take me seriously and the others are just like ‘takpe, conteng je. Siapapun boleh buat’ (‘it’s okay, it’s just doodles. Anyone can do it’),” she said.

Now that she’s been given a platform for her work, Mulaika hopes that her show can lead to more visibility for young artists whose talents often go unrecognised due to their age.

“I know there are a lot of artists my age who are good but they don’t have a platform available to them.

“I feel lucky that people can see my exhibition and I’m really grateful for the opportunity,” she said.

“I hope it will open up people’s mindsets about young artists.”

To catch “A Thousand Days of Change,” head on over to the National Art Gallery’s administrative building lobby from now until May 26.