Dutch haven: A day in Groningen

GRONINGEN (Netherlands), Sept 30 — The journey to Groningen, the largest city in the north of the Netherlands, feels like travelling through a Dutch oil painting.

Through the windows of our train, we see passing windmills. We are passing through time itself; this could be the same landscape captured in The Windmill of Wijk bij Duurstede, painted in 1670 by Jacob van Ruisdael. It was a golden age, and in these turbulent times, who could blame us for looking back, seeking the succour of the past? 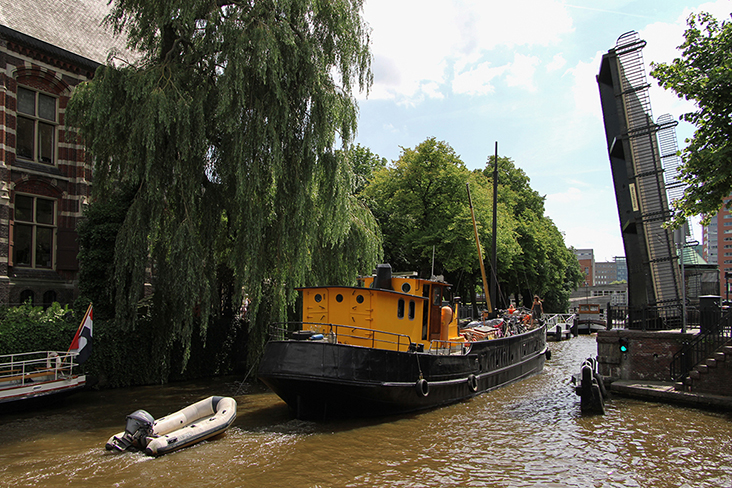 Raising the canal lift bridge to allow a barge to pass

Yet forward we must go, for we have arrived at our destination. We don’t have all the time in the world; it’s a half day trip for Groningen is only two hours by rail from Amsterdam. But it’s time enough to explore this northern city, especially with our bellies full from an early breakfast. Our eyes will do the feeding instead.

The first thing we notice is how young everyone seems to be. This shouldn’t be a surprise for Groningen is a university city; more than 50,000 students combined study at the University of Groningen and the Hanze University of Applied Sciences. 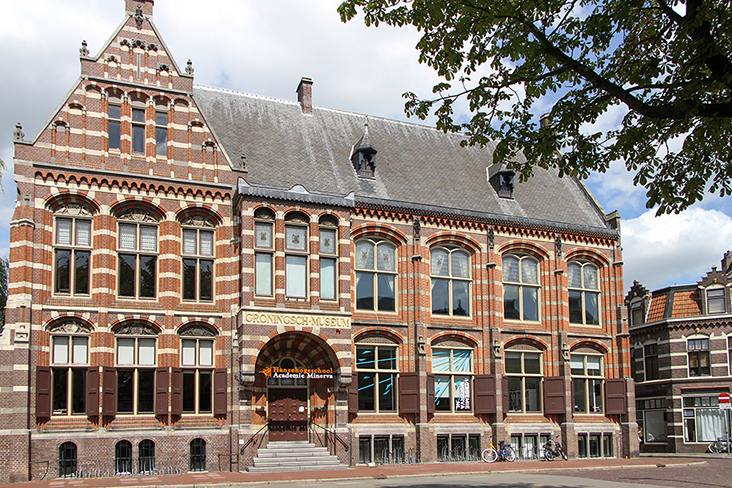 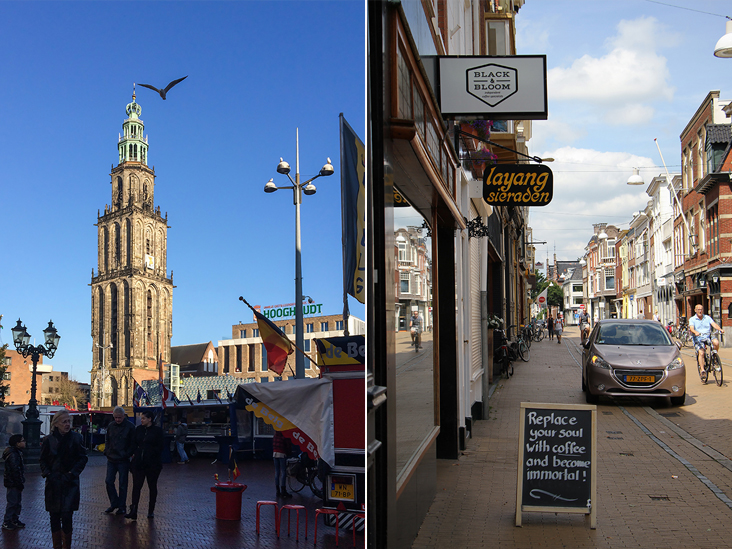 The former is known for a pair of Nobel prize winners as well as the astronaut Wubbo Ockels, the first Dutch citizen to have been to space.

This is clearly not a place for slackers. It doesn’t feel that way though, for everyone seems to be relaxing and enjoying their day. Many are on boats, either docked along the canals or moving slowly along the placid waters. Some barges are large enough that the canal lift bridges have to be raised.

It’s autumn already but some are still on the decks enjoying the last rays of sun. One final performance of summer before disappearing for another year. With the drooping leaves of the semi-evergreen willows licking the surface of the water, we imagine it’s nature’s curtain closing for the season.

This exuberant celebration of what is, rather than what they wish could be, seems to be synonymous with the hardy Dutch character, especially in the colder north. That we see here in Groningen, home to the youngest average population in the Netherlands, is proof that Dutch children haven’t grown soft even after hundreds of years.

The centuries are well preserved in the city centre, considered by some to be the most charming in the country. Its most striking landmark is the Martinitoren (St. Martin’s Tower), completed in 1482. Located at the north-eastern corner of the Grote Markt (Main Market Square), the 100-metre tower possesses the highest church steeple in Groningen, making it worth a climb to the top for a bird’s eye view of the city. The tower neighbours the Martinikerk (St. Martin’s Church), solemn and dignified with its iconic red brick walls and bell tower. Groningen is also known as Martinistad, thanks to the church and the tower (both are named after Saint Martin of Tours).

Further south, however, the city is simply referred to as the “Metropolis of the North”, which gives an idea of its standing with the Dutch.

This doesn’t feel like a metropolis, though. The pace here, while lively, is also unhurried. Exploring the food market at Grote Markt and the shops along nearby Folkingestraat, we are tempted by the variety of cheeses, fruits and vegetables fresh from the farms. We enjoy a quick and quintessentially Indo-Dutch lunch of een sateetje — satay smothered with spicy peanut sauce, fries and salad. 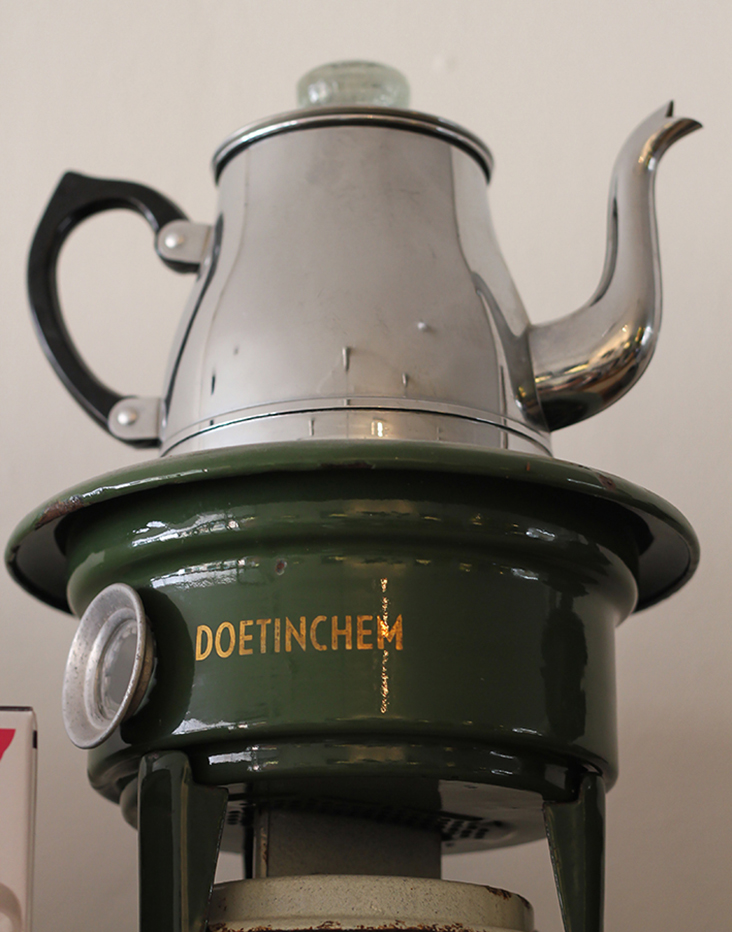 To stave off any resultant food coma, we spend the afternoon exploring the canals and old museums. In the distance, the golden spire of Der Aa-kerk, a historic parish church, pierces the skyline.

For more sunlight and fresh air, there’s always the option of renting a bicycle. Groningen was crowned the World Cycling City due to the impressive role the bicycle plays here: 57 per cent of the journeys by inhabitants are made on two wheels.

Helps that the country is so flat, of course. Not to mention the number of budget-conscious students. 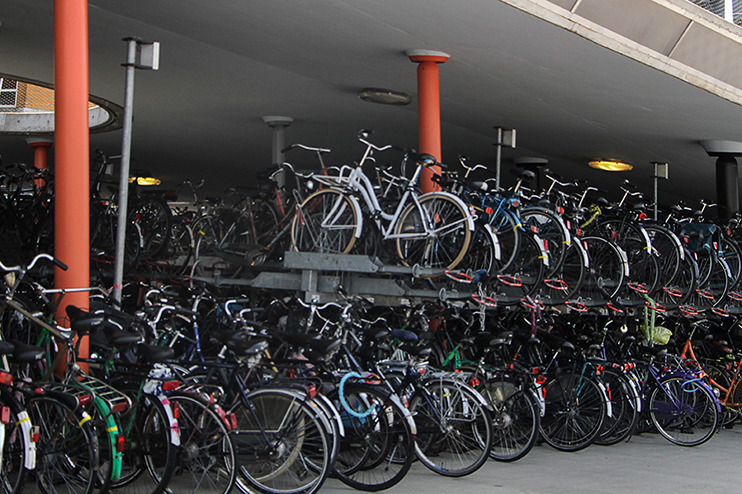 Groningen is a very bicycle-friendly city 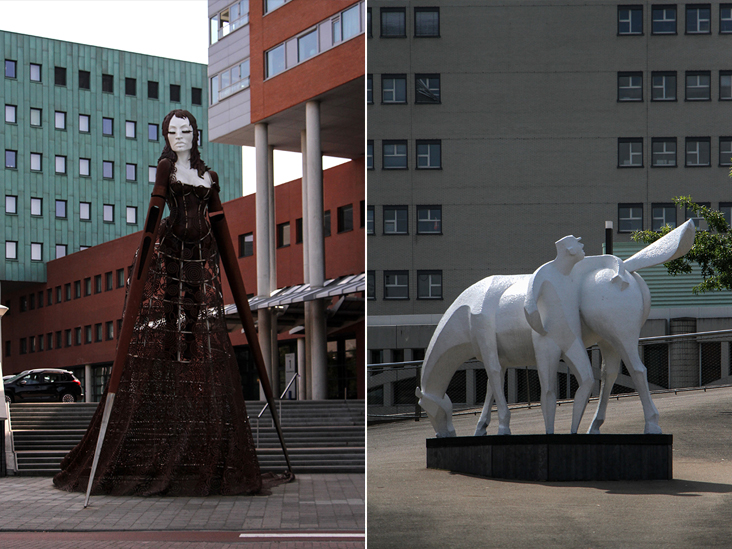 The latter all flock to cafés in the late afternoon to refuel. The top choice is Black & Bloom, a specialty coffee bar opened in 2012 by Gerben Engelkes by the Rijksuniversiteit. Young people from around the world gather at the large communal table, giving it the metropolitan ambience that finally earns Groningen its “Metropolis of the North” moniker in our eyes.

Besides the usual professional accoutrements — a 6kg-capacity Giesen W6A roaster and sleek espresso machine — we spot an old coffee pot or two. Black & Bloom roasts their own beans though we also spot some from Amsterdam’s EspressoFabriek. Folks here are serious yet laidback about their brews, be it a ristretto or drip, which go well with a homemade chocolate brownie or chased with local organic apple and strawberry juice.

Time to head back. As we return to the train station, we are greeted by a pair of idiosyncratic statues that perhaps reflect the city’s charm the best. The first, a tall sculpture of an elegant lady named Ultra, questions our modern ideas of beauty.

Another, Het peerd van Ome Loeks (“The Horse of Uncle Loeks”) retells the story of an old farmer whose beloved racing horse died one day and was immortalised in a traditional song sung by children in Groningen.

The old and the new; the revered and the irreverent. So full of soul. As the sun sets on Groningen, bathing its buildings and its canals in a seraphic glow, this, we decide, is how we will remember the city. A metropolis, yes, but perhaps more so the Heart of the North.

Open on Tuesdays, Fridays and Saturdays only; 8am-5pm

The book world is looking at a future that involves NFTs