Musician Steve Chelliah uses his FuzAsian method to find a way to infuse the ragas. — Picture courtesy of Steve Chelliah
Follow us on Instagram, subscribe to our Telegram channel and browser alerts for the latest news you need to know.
By RAM ANAND

That in itself is cause for celebration but the really interesting thing about the single is it was composed using a musical method that Chelliah himself came up with after a decade of of research.

The song, which was tracked in three different studios, used Chelliah’s FuzAsian method — a musical style that extracts harmonies from South Indian classical musical scales (ragas) to be used in Western music.

He has been researching this method since he was 19 years old and now the prestigious Berklee College of Music in Boston — where Chelliah is a double degree alumni — will be endorsing his musical theory, which will be published in a book later this year.

Chelliah, who was born in Petaling Jaya, uses his FuzAsian method to find a way to infuse the ragas, which he extracts from the 72-scale Melakarta raga chart, with jazz music.

“When I was 19, after having taken some lessons in Carnatic music and decoding its modal system I discovered the 72 Melakarta Raga scalar organization. This blew my mind as it was the most mathematically accurate classification of heptatonic scales (7 note scales) in the world,” Chelliah told Malay Mail.

At the culmination of his years at Berklee, the college’s Professional Writing Division sponsored a concert to enable Chelliah to showcase his compositional work with a 32-piece jazz orchestra and choir.

Despite having studied the ragas in detail, he does not consider himself an Indian classical musician but rather a jazz musician who has “studied the Indian scalar materials.”

His research is not something that will only benefit his compositions, but any other contemporary musician out there.

“I see FuzAsian becoming a useful tool for any intermediate to advanced musician, be it a jazz musician, or a rock musician,” he said.

“Musicians have always been fascinated with the wealth of Indian scales... even jazz greats like John Coltrane. The FuzAsian Method is the book that explores this whole universe systematically. 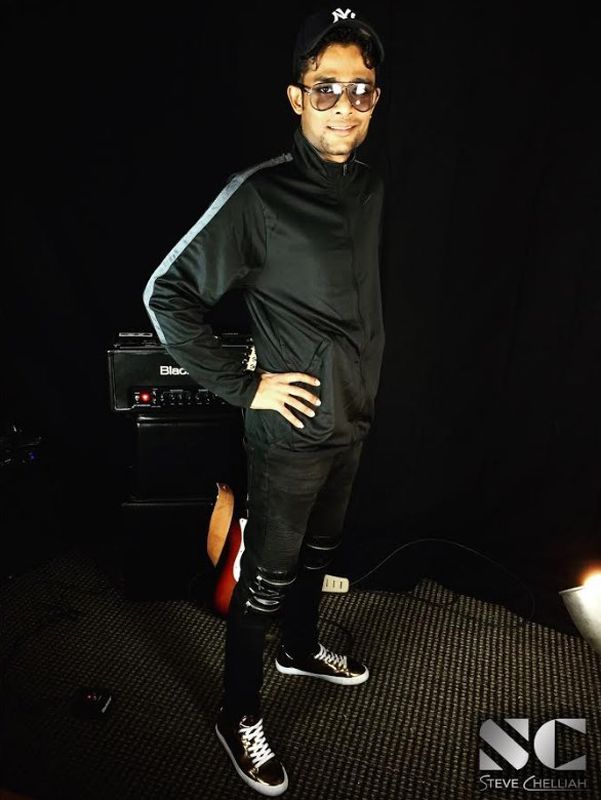 It took him 10 years but musician Steve Chelliah is ready to share his FuzAsian method with all musicians now. — Picture courtesy of Steve Chelliah

“Through my years as a musician I’ve learned from the many musicians I’ve encountered who’ve watched me play, heard my music, or have chatted music with me, that there is a tremendous curiosity shared among musicians on Indian ragas, and also rhythms.

“I hope to serve that cause by making FuzAsian fill that void entirely — that has been my goal since I started this project 11 years ago,” he added.

Chelliah has not performed in Malaysia in the past decade, but is now looking to do so in the near future.

After graduating from Berklee, he relocated to New York, and is attached to Queens Music Academy, where he does freelance film scoring work.

Apart from the single and book, Chelliah is scoring another first this year. He will be making his debut as a feature film composer; the movie In Character is scheduled for a release middle of this year.

“New York wasn’t easy at first, but I have been blessed and guided so much throughout my journey and I feel nothing but gratitude,” he said.