A general view of cocoa beans drying on the Diogo Vaz plantation in Sao Tome, November 19, 2021. — AFP pic
Follow us on Instagram, subscribe to our Telegram channel and browser alerts for the latest news you need to know.

SAO TOME, Dec 8 — A morsel of chocolate sits on the tongue, and a strong yet subtle flavour starts to blossom.

“When the chocolate starts to soften, you bite into it,” orders chocolatier, Claudio Corallo.

The chocolate tasting then expands into different flavours — ginger, coffee, pepper, sea salt — but underpinning each of these delights is an earthiness, a richness that comes from cocoa trees that grow in volcanic soil, wafted by the tropical Atlantic breeze.

They grow in Sao Tome and Principe, a tiny island nation off the west coast of Africa that has a rich but also tragic association with chocolate.

Once named the “chocolate islands”, the Portuguese-speaking archipelago was the world’s leading cocoa producer at the end of the 19th century.

Then, as competition mounted in the second half of the 20th century, the sector was almost wiped out. Many plantations were abandoned, and their fields and buildings were taken over by nature.

Today, though, there is talk of a comeback as a handful of entrepreneurs pitch to the growing world market for high-end chocolate.

“Focusing on quality is the only way to survive,” said Jean-Remy Martin, a Frenchman who revived an old, dying plantation about a decade ago on the island of Sao Tome, in Diogo Vaz.

The place gave its name to a brand of chocolate Martin created with his son. Its 82-per cent “Grand Cru” organic chocolate — with “hints of flowers, smoke, spices and fruit” — sells to online buyers in Europe for €6.40 (RM31) a bar.

His spread of 420 hectares lies on the slopes of an ancient volcano overlooking the Atlantic, using cocoa trees that are the descendants of plants brought in by the Portuguese in the 18th century.

Mechanised farming on this terrain is impossible, but the trees grow under a lush natural canopy and in soil so fertile that Martin says he can do without chemical inputs. 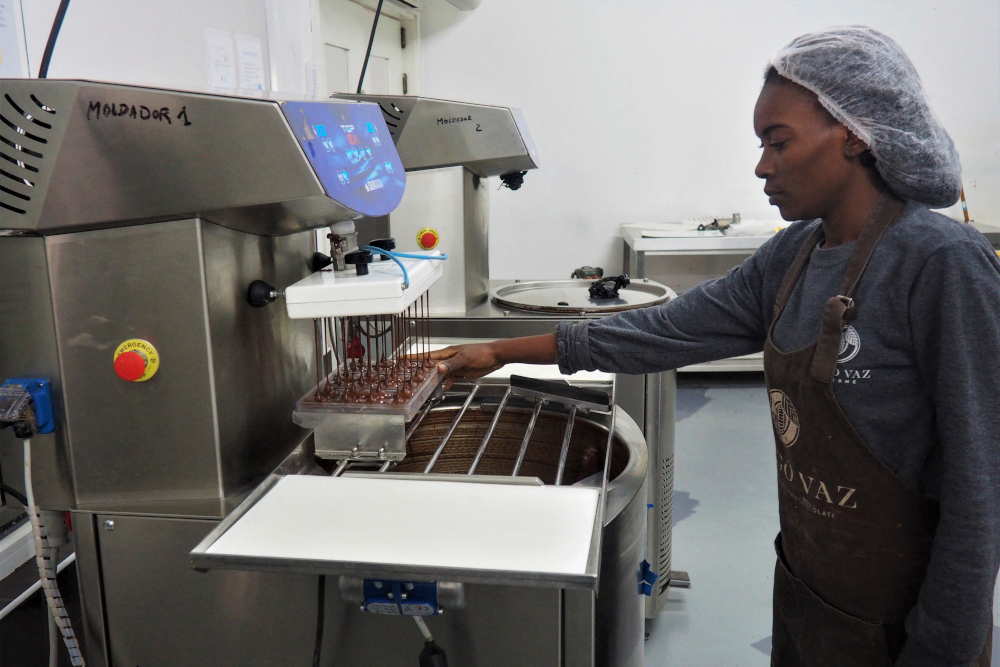 But going organic was not enough.

“We have organic certification, but growing cocoa by itself won’t cover the costs,” Martin said. “We had to go for 100 per cent production,” taking charge of the entire chain from cocoa pod to chocolate.

The farm moved from “a monoculture regime, whose cocoa prices were determined by world buyers, to exercising total control over our prices and boosting our cocoa in the value chain,” he said.

Since then, Diogo Vaz chocolate has established an international reputation, winning numerous awards and earning enough profit to create an ambitious — and sustainable — business.

Around 250 people, almost all of them locals, are employed by the firm, which aims to replicate its success with fruit and vanilla cultivation, to be transformed into pastries and alcoholic drinks.

Corallo, an Italian from Florence, moved to Sao Tome in the early ‘90s and became a pioneer in developing top-of-the-range cocoa.

He set up “laboratories” at his plantation on the island of Principe and his workshop on Sao Tome to try to unravel the unique taste signatures of cacao grown on the archipelago.

“I don’t like chocolate myself,” Corallo told AFP mischievously, alluding to his professional record as a specialist in coffee.

Corallo’s chocolate has developed a growing and devoted international following, although he said that the logistics of exporting from a location more than 300km from the coast of Gabon were often a headache.

Sao Tome and Principe is one of a growing number of cocoa-producing countries to aim at the burgeoning demand for organic.

The world market is expected to grow at nearly eight percent annually over the next five years, to reach US$1.3 billion by 2026, according to industry research published in October. 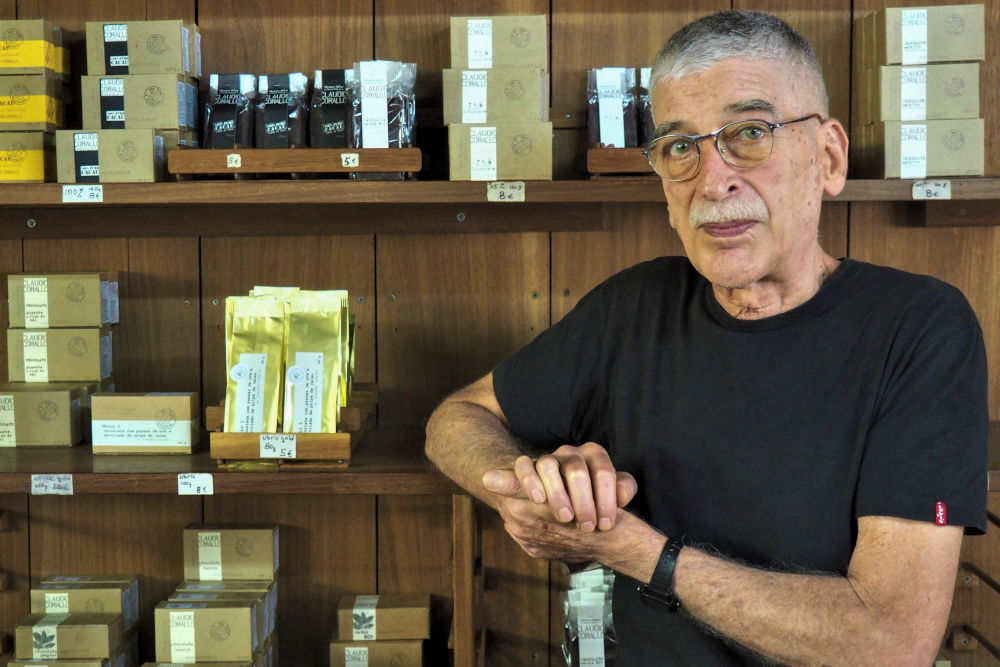 Cocoa plantations are rooted in the islands’ history.

At the industry’s peak at the end of the 19th century, the islands cranked out nearly 35,000 tonnes of cocoa per year — the fruit of the labour of thousands of immigrants from Portugal’s other African colonies, Cape Verde, Angola and Mozambique.

But once the colonies gained independence in 1975, “the Portuguese left with their know-how, the plantations were hit by outbreaks of pests and the state redistributed land to former employees without any supervision,” said Maria Nazare Ceita, a historian at the University of Sao Tome.

“The whole population is linked to cocoa in one way or another,” Carlos Vila Nova, the country’s president, told AFP.

“Thanks to our know-how we understand the product very well,” he said.

“In the globalised economy, we must give cocoa added value. We have to bet on quality. By extending the sector to processing, the cocoa business has a future again.” — AFP