YANGON, June 10 — Twelve people were killed when a Myanmar military plane carrying a senior monk and several donors to a religious event crashed in a central region of the country, a junta spokesman said today.

The plane, which was carrying six crew and eight passengers, crashed shortly before it was due to land in the city of Pyin Oo Lwin, spokesman Zaw Min Tun said in a statement, blaming “bad weather”.

Footage broadcast by local media showed wreckage strewn around the twisted body of a plane lying on open ground near overhead pylons, and a small plume of smoke billowing upwards. AFP was unable to verify the footage.

Emergency responders had been able to rescue a boy and a sergeant from the plane’s crew, the statement said, adding they had been sent to a nearby military hospital for treatment.

Kavisara, a prominent monk from the Zay Kone monastery near the capital Naypyidaw, and seven donors had been on board, travelling to Pyin Oo Lwin to open a religious event, it said.

Pyin Oo Lwin is home to the Defence Services Academy, where the military’s top brass are trained. Junta leader Min Aung Hlaing is a graduate.

He visited the monastery and paid homage to its chief monk on February 3, state media reported, two days after ousting civilian leader Aung San Suu Kyi from power in a coup.

Myanmar has been in turmoil since, with mass protests convulsing daily life and sending its economy spiralling.

The country’s Buddhist monkhood led an earlier struggle against military rule but is split on the coup that ended the country’s nascent democracy, with some prominent religious leaders defending the new junta.

The military has sought to quell mass anti-coup protests with bloody crackdowns that have killed more than 800 civilians, according to a local monitoring group.

This has prompted civilians in some townships to form “defence forces”, while some of Myanmar’s ethnic rebel armies have stepped up offensives against the military.

Last month, the Kachin Independence Army — an ethnic rebel group that has waged a decades-long insurgency against the military — downed an army helicopter during fierce clashes.

Plane crashes are common in Myanmar, which has an underdeveloped aviation sector, and the country’s monsoon season has caused problems for commercial and military flights in the past.

A military plane crashed into the Andaman Sea in 2017, killing all 122 people on board in one of the deadliest aviation accidents in the country’s history. Authorities blamed bad weather.

And in 2015, an Air Bagan passenger plane veered off the runway amid bad weather and heavy rain. A passenger and a person on the ground were killed. — AFP 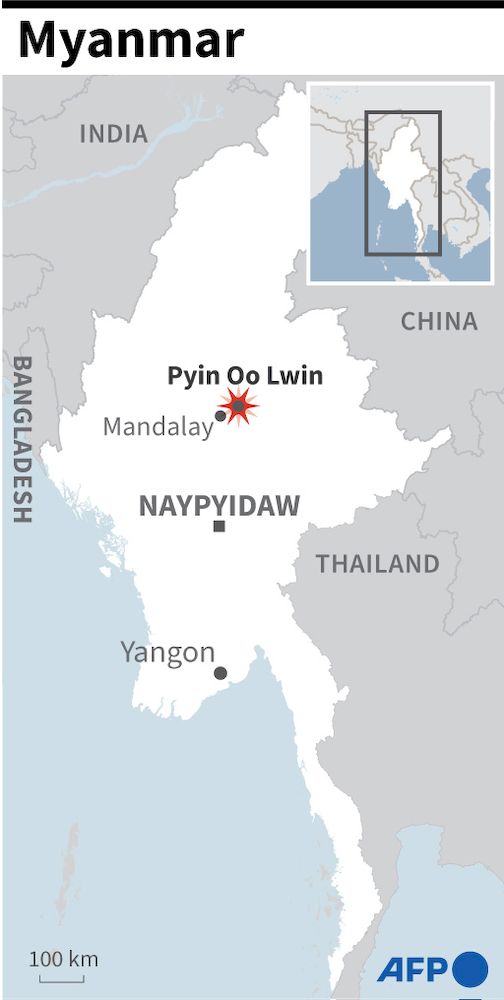