Notes from a PPV volunteer

Monday, 27 Dec 2021 8:45 AM MYT By Alwyn Lau
Follow us on Instagram, subscribe to our Telegram channel and browser alerts for the latest news you need to know.
By Alwyn Lau

DEC 27 — So I was asked to help out at a Pusat Pemberian Vaksin (PPV) in Cheras for a few days.

I was assigned to do registration which is about verifying that a person is who he or she says they are, obtaining their consent for the jab and the particular vaccine and ensuring that sufficient time had elapsed before the present dose.

I wouldn’t say I loved the experience but it did give me some insights into the national vaccination effort. Some of the points below are practical, some merely show what happens at a PPV but I hope you find all worth your time.

(Note these are purely reflections and recommendations from someone who’s volunteered at a PPV and not official government policy.)

1. Many people think whoever works there knows more than they do about the science of the virus and vaccination. This is, of course, not necessarily so.

Some front-liners have no more insight into the pandemic than the average dude on Twitter or WhatsApp. So while I don’t mean to suggest it’s “wrong” to ask the folks working at the counter if, say, mixing and matching vaccines is safe, just realise that is not the place to get a scientific opinion. 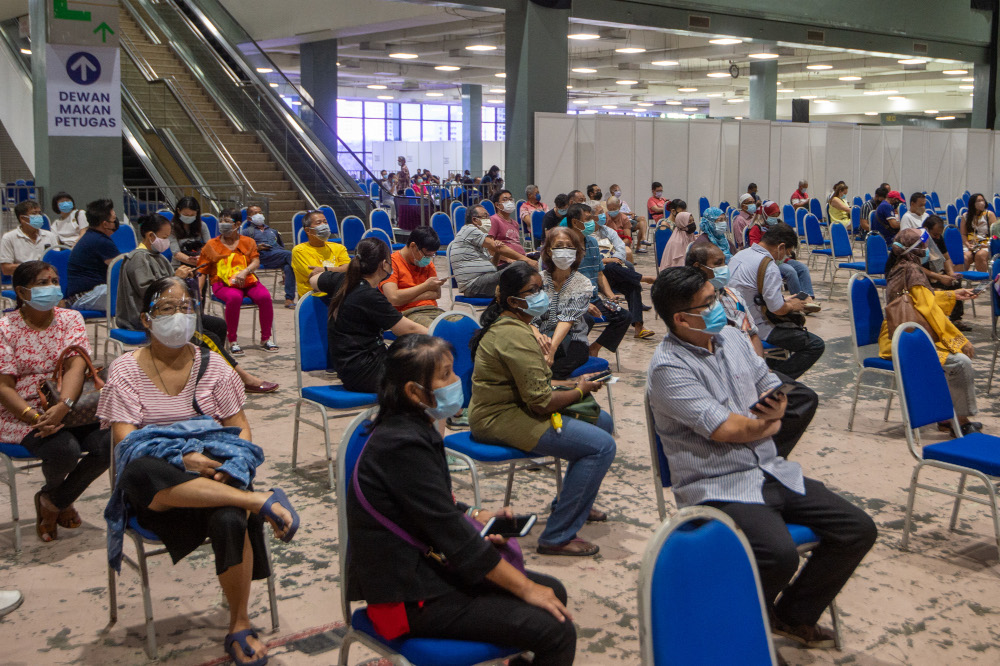 Volunteers like me are, however, more than happy to assuage the concerns of some elderly folks who aren’t online all that often. My answer, and probably the most honest answer we volunteers can give, is: Since the Ministry of Health said that mixing vaccines is fine, it should be.

2. If you want to change your appointment from another location, best to CANCEL your existing appointment first. It’s easier to get a walk-in dose if your MySejahtera shows no appointment yet.

If your official appointment isn’t for that particular location, your records will NOT show up in the system (and the folks working will start to get excited for all the wrong reasons).

Very importantly, it’s really no point begging the PPV to give you a dose if your name doesn’t show up on the Vaccination Records screens because it’s not only about the actual injection but the data-entry which matters, too. The last thing you want is to take the jab and see that it’s not reflected in your MySejahtera.

Plus, surely you don’t want to take the jab first and hope that the people "remember" to key in your records later. Given how busy everybody is, that’s probably a recipe for disaster.

To repeat: If you have an official appointment in MySejahtera at one location, you should not be going to another location without first cancelling the appointment.

3. Crowd surges are unpredictable. It could be 200 pax one day 400 on another. If the crowd is huge (and resources insufficient), folks coming in at 10am expecting to leave by 11am are gonna be pissed. Everybody’s just gotta deal with it.

At all my shifts, there were at least half a dozen folks who bared their fangs (so to speak) because they’d been waiting a bit.

Folks, you have to know there’s practically nothing that can be done; it’s not as if the line can be easily sped up. It’s not like, oh, PPV staff are just lazy or deliberately slowing the process down.

If there is a delay or it looks as if the queue isn’t moving, very likely one or two doctors are late or MIA. My only counsel here would be patience. Bear in mind most of these doctors have been working non-stop a few days a week administering these doses and these injections can’t be done by just anyone in the room.

Getting upset about a long queue really isn’t going to help anyone, least of all yourself.

Long and short, perhaps try to come earlier than your official appointment. In my own experience of taking my two doses at PWTC, I completed my doses almost an hour ahead of schedule. Any PPV head who rejects a 3pm appointment for someone who shows up at 1pm (or earlier) has got to be a real hard-ass.

4. There is very little value in showing your temper at volunteers, especially those who don’t look like they’re calling any shots whatsoever. I think my situation is hardly unique but during my morning shift, I never took a break for refreshments or anything. Going to the washroom was the only time-out we had and even then we had to wait for "traffic" to halt.

Getting upset at someone like me, therefore, is likely the most counter-productive thing anyone can do. It can only contribute to mistakes, back-tracking, missed items and so on.

5. If you’re OKU or very elderly, you will likely (and deservedly) get special treatment (e.g. being moved to the front). I’m not sure if there’s an official policy on this, but you should at least ask if you’re not being sped up a little.

At the PPV I was helping out at, each time anybody walked in with a cane or was in a wheelchair, that person was given priority. As long as the volunteers in charge of the queues can see you, you should be moved faster along the process.

On a similar note, volunteers are always willing to assist you with anything. I’ve even helped some Bangladeshi workers fill up everything on the registration form.

My point here is that you can be assured that every member of every PPV team is doing whatever they can to help everyone get whatever dose they need to get.

I don’t know if this is encouraging or not but at the very least I hope this tempers any concerns people may have about "deliberate sabotage" or whatever. It’s all-hands-on-deck at all PPVs and, to my mind, has been so since February.

Stay safe, everyone. Don’t forget to get your booster shots.