Wednesday, 06 Oct 2021 3:22 PM MYT By Player's Blog
Follow us on Instagram, subscribe to our Telegram channel and browser alerts for the latest news you need to know.
By Player's Blog

OCTOBER 6 ― It’s been three years since I started competing on the PGA TOUR. One of my main goals every season is to qualify for the TOUR Championship — limited to the top-30 players in the FedExCup ranking — and I am happy to have accomplished this goal in each of my three years on TOUR. As I begin a new season, I hope to now become the first Korean to play in the event four consecutive years.

It would be so cool to have more records on TOUR. I was the first Korean to be Rookie of the Year and Player of the Year on the Korn Ferry Tour in 2018, and then I earned the best finish by a Korean at the Masters Tournament last November after finishing runner-up.

In addition, I played more tournaments than any other player in 2020, and in the recent 2020-21 season I recorded 498 birdies, the most by a player on TOUR in a single season. I don’t think any player thinks of records when they play, but it is a bonus for me that shows the hard work is paying off. I am proud of myself that I can hold these records and it certainly motivates me to become a better golfer.

I would also like to become the Korean who has played the most tournaments on the PGA TOUR, which means I need to stay on TOUR for a very long time. It is also a target of mine to surpass the record held by KJ Choi who has eight PGA TOUR titles.

Looking back at last season, I did struggle a bit like anybody else. We had a Super Season which featured six major tournaments and it was great that I finished runner-up at the Masters ― but my big goal is still to become the Masters champion. Many people started to recognize me after that performance, and I attracted fans from all around the world, which felt good. As I received more attention, I had a bigger desire to play well, and this put a burden on me. I wanted to finish inside the top 15 every week and tried to keep the momentum going. While it generally went well last season, there were tournaments where I would play well in the first two rounds and things would not go my way in the third round. Fortunately, I got my game and feel back as the season progressed and I feel I can do better in this new season. I am happy with where my career is at this moment, and I would like to achieve more goals one step at a time. I am ready to become a better player and a better person.

When I observe the top players in the world, there is not much difference when it comes to shot making. If anything, I think the probability of getting up-and-down to save pars is something that top players are really good at. They get into the rough or bunker and they get up-and-down well. Also, they do not miss putts at crucial moments. That builds momentum and keeps them going during a round. I know I need to get better in some of these areas and know what I need to do. I will put in the hard work to deliver my best golf in the coming years. 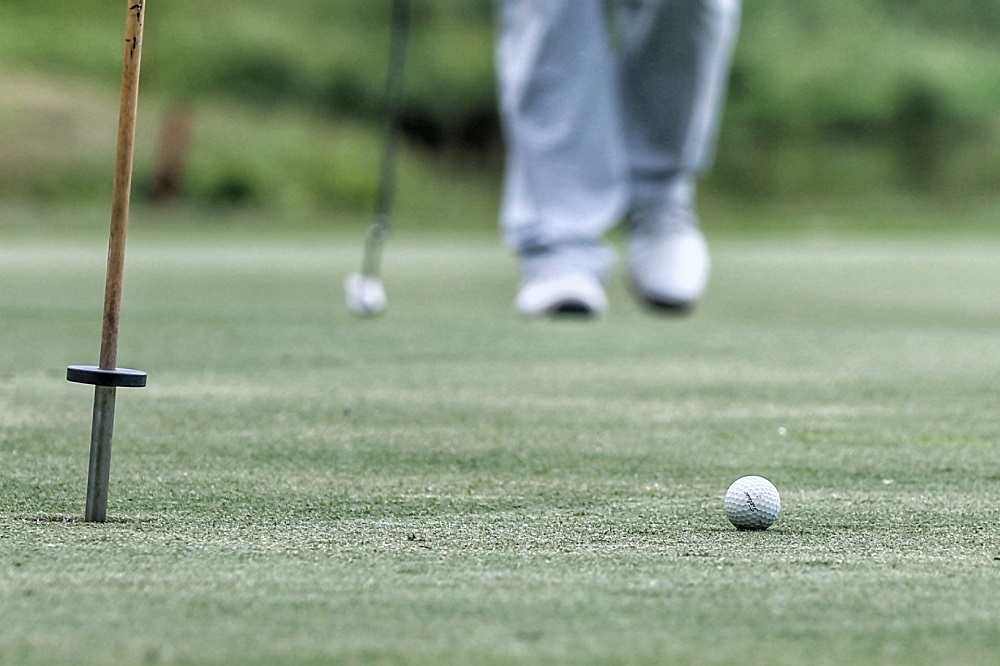 Korea’s Sungjae Im says strong mentality is needed not only when competing but also during practice. ― Picture by Ahmad Zamzahuri

Sometimes, I get asked why I do not work with a swing coach in the US It is delicate and subtle to communicate about the golf swing. As I am still learning English, I am not good enough to explain how I feel, and that is why I have my swing coach, Hyun Choi, in Korea. I have worked with him since I was 17 and I would send videos of my golf swing to him, get it checked and we’ll then talk about it. It has worked out well between us. My coach is also my lucky charm. Whenever he has watched me play in tournaments, I have shot 8-under while playing on the Japan Tour and I shot 12-under in the Korn Ferry Tour Qualifying School Finals when he was there. We are a good team.

One change I have made this year is that I have begun working with a trainer. Whenever I am at a tournament, I will meet him every morning and evening for about 30 to 40 minutes and if we’re not at a tournament, we work even harder. When tournament days approach, we do lots of stretching and band exercises to keep my body fresh and to be able to swing freely. During the short season break, I worked out with my trainer online for three weeks with the intention to get stronger and to prevent injuries.

I am flattered whenever I hear kids or other golfers say I am their role model. It gives me pride and I’d like to still be on TOUR when they join and compete on the PGA TOUR with me. I will strive to be there for them and take more responsibility to become a good example. When I was a junior golfer, I was not No. 1. I received some (awards) but I was never considered to be a very promising player. It was only after I turned professional that my game improved, and I feel so grateful for that. I would advise anyone who wants to be a professional golfer that you need to set goals for yourself and put in a lot of effort into your game.

Through my experience, I notice good players always set a plan and establish their goals. When they practice, they are not just hitting balls. They set a goal and focus for that. For instance, when they want to practice 100-yard shots, they’re working on it all day. They make sure they feel confident in the shot and I can sense they are in the zone when they practice. It is not about putting in a lot of time at practice but getting quality time with self-assurance. A strong mentality is needed not only when competing but also during practice.

* Note: Korea’s Sungjae Im, 23, is a one-time PGA TOUR winner and represented the International Team at the 2019 Presidents Cup where he amassed a 3-1-1 record. You can watch Im and the PGA TOUR on Astro Golf Channel and GOLFTV powered by PGA TOUR.