JANUARY 15 — If you’ve redeemed your RM30 eTunai Rakyat, the Transfer feature will be disabled from your eWallet interface. This is to comply with the eTunai Rakyat requirement where the credit is non-transferable.

As announced earlier, the RM30 credit must be utilised from the same eWallet account. This initiative is aimed at promoting cashless payments among consumers and small businesses. However, the strange thing is that users will not be able to transfer any funds even if there’s the additional balance from your previous top-ups.

According to Grab, the Transfer and Request feature will be restored after you’ve fully utilised the RM30 credit. On the GrabPay home screen, it will actually show the remaining credit from eTunai Rakyat along with the expiry date. However, it is still possible to receive money from other users that didn’t use the eWallet to redeem the RM30 credit.

To regain full eWallet features, just spend your RM30 on anything. You can make a retail transaction, purchase mobile reload, pay bills or use with in-app services such as GrabFood and GrabCar. 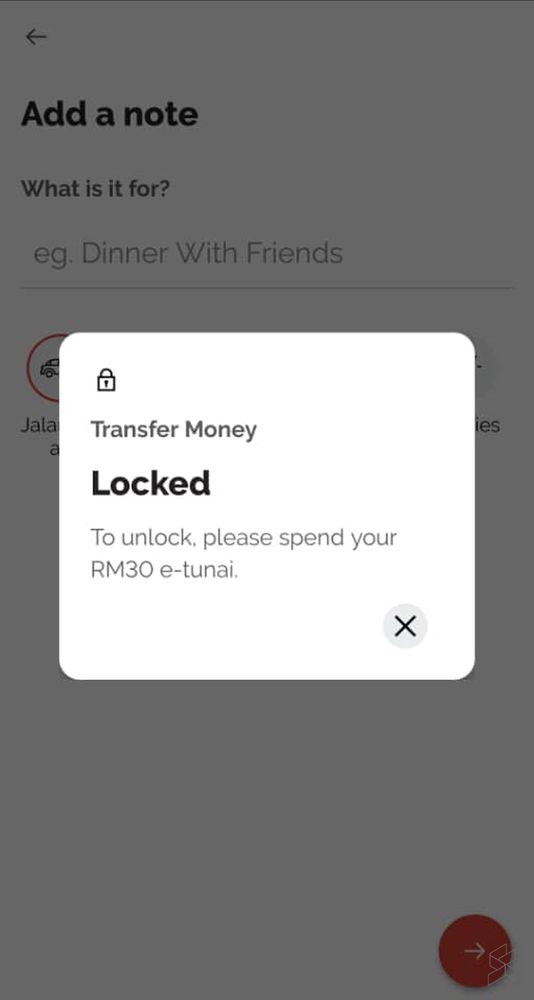 For Boost, you can still see the transfer button but it will show that it’s locked when you attempt to transfer. Similar to Grab, you’ll need to use the RM30 first before you can transfer money.

At the moment, we couldn’t confirm if Touch ‘n Go eWallet has the same restriction as we have yet to receive our credit at the time of posting. Their system appears to be down since the program had started at 8am. — SoyaCincau