In Kuantan, foreigner nabbed after attempt to kidnap boy foiled by public

All systems go for April 1 switch to endemicity? Not quite, as Malaysian industry players complain of manpower shortage

A worker collects palm oil fruit at a plantation in Klang June 15, 2020. — Reuters pic
Follow us on Instagram, subscribe to our Telegram channel and browser alerts for the latest news you need to know.
By R. LOHESWAR

KUALA LUMPUR, March 21 — Malaysia’s industry players are counting down to April 1, hoping for an economic reset when the government officially announces the country’s start of its  transition to Covid-19 endemicity.

However, representatives of some of the biggest industries around have cautioned that the economy may not go full throttle in less than two weeks due to one key factor: the severe lack of manpower.

The staff shortage is causing ripples across the board, from state agencies all the way to those in the food and beverage industry who literally dish up our daily bread and coffee.

“We need the harvesters and most of them come from Indonesia. They are very skilled workers in this field. It is a very tough and difficult job that locals wouldn’t be interested in,” Malaysian Palm Oil Association chief executive officer Datuk Mohd Nageeb Abdul Wahab told Malay Mail when contacted on the industry’s preparedness to enter the endemic stage, which is when businesses should be able to resume round the clock operations as per their licences.

He said the current worker shortage in the palm oil sector is down by 25 to 30 per cent of what the industry actually needs.

He explained that most of the workers hired to harvest the oil palm fruits are from neighbouring Indonesia and has been closely following news for confirmation on the signing of the worker memorandum of understanding (MoU).

“I believe the Indonesian government said the entry of any foreign workers from Indonesia for any sector is dependent on the signing of the MoU for the domestic helpers first.

“In the meantime, we have been looking into automating this part of the process but it is not easy to make the robotics and the exo-skeletons for such tasks. Hence if we can’t get the Indonesians, we hope we can hire workers from Bangladesh,” he added.

Malaysia is one the largest producers and exporters of palm oil in the world, accounting for 11 per cent of the world's oils and fats production and 27 per cent of export trade of oils and fats, second only to Indonesia.

Malaysia and Indonesia were supposed to sign the MoU on March 18 to bring in foreign workers but this has been deferred to April 1.

According to Malaysia’s Human Resource Minister Datuk Seri M. Saravanan, the inking was postponed because Indonesian President Joko Widodo has expressed his interest to attend the event.

Saravanan also highlighted that the palm oil industry was the worst affected by manpower shortages.

He said at full force Malaysia can produce close to 20 million tonnes per year.

“We’re trying our best to recruit and entice locals by incentivising them but it isn’t easy. That’s why we feel at times the use of Artificial Intelligence is good as then there wouldn’t be accusations of forced labour.

“Either way we are grateful that even during the pandemic we were still able to operate,” he added. 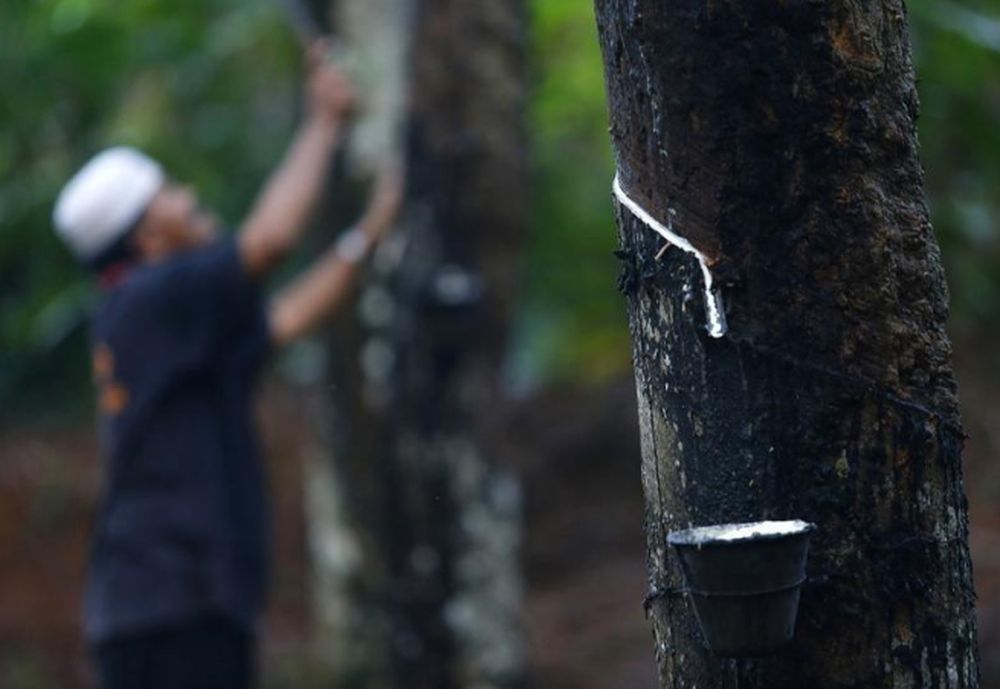 Supramaniam said industry players had to innovate and stay ahead of the curve where health and safety were concerned to protect their employees. — Reuters pic

Another industry that is looking forward to April 1 and the intake of new workers from abroad is rubber production, which had benefited from a sharp spike in global demand when the Covid-19 pandemic hit in late 2019.

Malaysian Rubber Glove Manufacturers Association president Supramaniam Shanmugam said back in February demand is expected to increase by 10 to 15 per cent this year and next.

While the domestic rubber manufacturing sector appears to be robust, Supramaniam said industry players had to innovate and stay ahead of the curve where health and safety were concerned to protect their employees.

Many of these rubber manufacturers were also producing personal protection equipment (PPE) for the fight against Covid-19.

Supramaniam said the industry hires only 0.9 per cent of the total foreign workforce but their per capita income was high. At the moment, he estimated a shortage of about 20,000 workers.

“We’re quite ready to open up and during the pandemic we have gotten used to testing, isolating as well as sanitation which we have been very strict about,” Supramaniam told Malay Mail when contacted.

“When moving into the endemic stage we can’t operate under the same conditions. It has to be making sure the virus is at a distance. We too have labour shortages but we laud the government's move to transition to the endemic stage.

“We’ve made representations to the HR, Home, Plantations and Commodity and Ministry of International Trade and Industry in preparation for the transition, pushing for foreign labour so we can capitalise on the increasing demand.”

Supramaniam said the majority of the workers in the rubber manufacturing industry come from Bangladesh, Nepal and Myanmar.

Back then, Saravanan said the implementation of the MoU would be regulated by a joint working group comprising representatives from both countries.

The migrant workers from Bangladesh are expected to come to Malaysia once the country reopens its international borders on April 1, with the transition to the endemic phase.

Other areas where the manpower shortage is highly visible include retail and food and beverage industry players.

The Associated Chinese Chambers of Commerce and Industry of Malaysia has been upbeat on business flourishing once the country moves into the endemic stage.

But its president Datuk Low Kian Chuan notes that for Malaysia’s economy to thrive again, it needs the government to expedite approvals for the intake of foreign workers.

“I hope the government can approve the applications fast. If we open on April 1 please let the workers come in and work straight away,” Low told Malay Mail.

“The employers can bear all the costs. In addition, all the companies and businesses are complying with Act 446,” he said, referring to the Employees Minimum Standards of Housing, Accommodations and Amenities Act 1990.

“So if they need hostels, proper work conditions and so on, all are ready,” Low added. 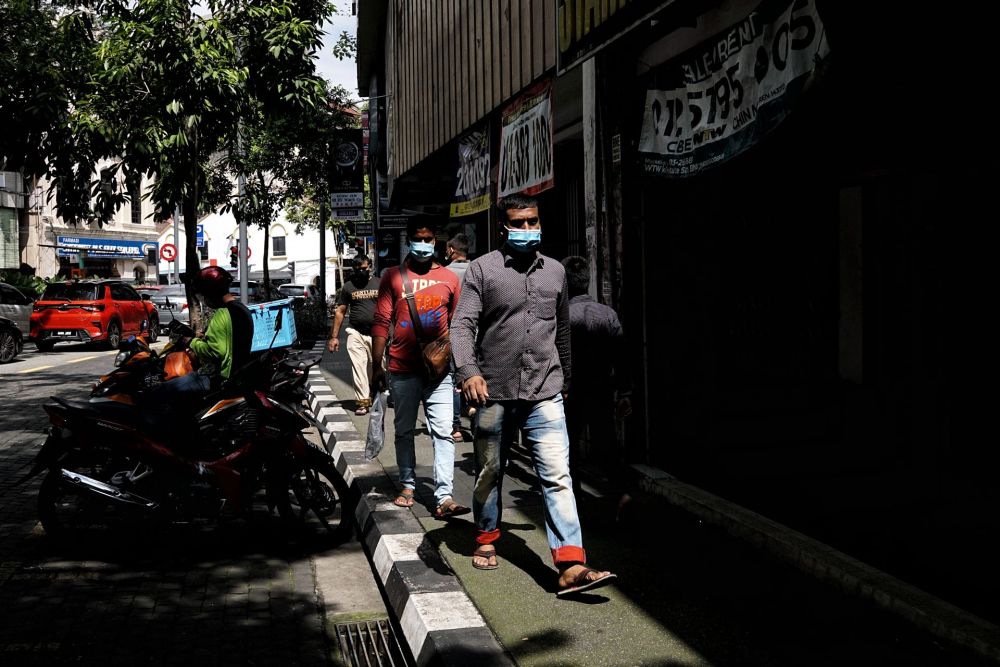 Low said the industry used to hire around 15 per cent of the workforce, including locals, which is from a pool of 15 million workers nationwide.

Now, he said it’s at 8 per cent, causing industries like the manufacturing sector unable to fulfill orders.

He said he and other industry representatives have met the relevant ministers months ago and have agreed the plantation sector was the most affected and needed immediate action.

Meanwhile, the Federation of Malaysian Manufacturers (FMM) president Tan Sri Soh Thian Lai said its recently concluded survey for the second half of 2021 anticipated both local and export sales to improve considerably with a higher percentage of the respondents expecting higher sales in the coming months.

“At the same time, recruitment is expected to beef up in the first half of 2022 with a higher percentage planning to expand their workforce and lower numbers having to downsize compared to six months ago when businesses were in a very vulnerable state due to the lockdowns and long periods of non-operations and reduced capacity due to the pandemic,” he said.

Soh said there are still challenges that could hamper the industry such as the spread of the Omicron variant and the rise in raw materials costs and higher sea freight charges (since July 2021) which will continue to rise due to global container shortages.

FMM also took issue with the rise in electricity costs, a hike of minimum wage and the challenge in bringing in foreign workers.

“In this regard, FMM calls on the government to put in the necessary controls on cost increases that are within their powers so as to assist the industries with their business revival and recovery which will in turn ensure that industries can continue to sustain their operations as well as keep employment growing,” he added.

Last week, Saravanan revealed that the government received a total of 313,014 applications to recruit foreign workers as of March 16, since the application was opened on February 15.

Prime Minister Datuk Seri Ismail Sabri Yaakob announced earlier this month that Malaysia will begin the process of transitioning to the endemic phase of Covid-19 on April 1.

What that means is that the general public will still be mandated to wear face masks in public and the MySejahtera app to record entry into premises will remain in use.

However, the endemic phase means the country’s borders will reopen for travellers. That includes workers and tourists who need not quarantine upon arrival if they have received two doses of the Covid-19 vaccine.

They will only need to do a PCR test two days before travelling to Malaysia, followed by a professionally administered RTK test within 24 hours of their arrival in the country.

Interstate travel will be fully open to all regardless of their vaccination status.

Once Malaysia transitions to the endemic phase, Ismail Sabri announced that all restrictions on opening hours for shops and restaurants will be lifted.

The endemic phase is seen as a boon to revive the flagging economy of the past two years.