The disappearance of four-year-old Eric Chang from Kuching: A chronology of events

Eric Chang Wei Jie went missing around 9am on March 7 from the caretaker’s house at Taman Riverview, Bintawa. ― Borneo Post pic
Follow us on Instagram, subscribe to our Telegram channel and browser alerts for the latest news you need to know.

KUCHING, March 20 — The news that four-year-old Eric Chang Wei Jie was missing followed by the allegation that he was murdered and tossed into the ocean had shocked Sarawakians.

The following is a chronology of events from the disappearance of the child until a multi-agency search was launched in Muara Tebas, where his body was supposedly disposed of.

March 7 9am: Eric’s mother realises he is missing from his caretaker’s house at Taman Riverview, Bintawa. 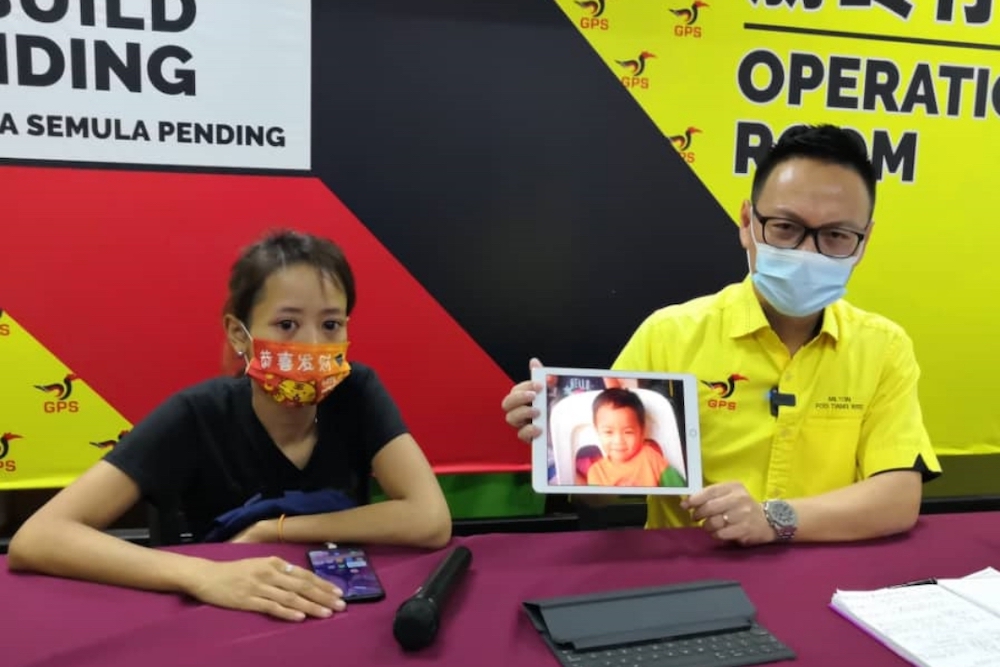 SUPP Youth secretary-general Milton Foo holds up the missing child’s photo during the press conference. Seated next to him is the boy’s mother. — Borneo Post pic

> Eric’s mother appears at a press conference called by Sarawak United People’s Party (SUPP) Youth secretary-general Milton Foo. They appeal to the public to help to search for the child.

> Eric’s female caretaker and her husband are arrested by the police.

They are to remain in police custody until March 16 to assist investigations under Section 31(1) of the Child Act 2001 for ill-treatment, neglect, abandonment, or exposure of children.

> In a press statement, Kuching district police chief ACP Ahsmon Bajah says Eric is believed to have been murdered and his body dumped into the Sarawak River at Muara Tebas here.

The caretaker and her husband were further remanded to assist in the investigation, after she had purportedly confessed to police that she knew what had happened to Eric.

She and her husband were then brought by police to the Muara Tebas jetty where the child’s body is believed to have been dumped.

Case reclassified under Section 302 of Penal Code for murder. Search is launched. Police cordoning off the jetty where the body of Eric was allegedly dumped on March 13. — Picture by Roy Emmor via Borneo Post

10am: Foo and Bintawa community leaders call for a second press conference, urging the public to refrain from speculating on the alleged murder as investigations are still ongoing.

3.45pm: Police allow Eric’s parents and relatives on the wharf. Eric’s mother breaks down and cries for her son to return. They had actually gone to the wharf at noon but were turned away as they failed to identify themselves.

March 15 > ACP Ahsmon says in a statement that Eric’s parents were released on police bail on March 14. He said the caretaker and her husband were still on remand until March 16, and the police will seek further remand under Section 302 of the Penal Code.

> Search for Eric resumes at Muara Tebas with K9 unit called in.

> Search for Eric in Muara Tebas called off at 6pm, ACP Ahsmon announces in a press statement

“Despite taking alternative measures to overcome the hurdles present in the search, the limitations caused by the weather, wild animals, tides, and structure of the land has constricted our searching efforts,” he said.

He said investigations, however, will not end and he urged members of the public with information to come forward. — Borneo Post