Ex-1MDB CFO on believing Jho Low is Najib's rep: I didn't meet him off the street, Najib's aide introduced him

Datuk Seri Najib Razak arrives at the Kuala Lumpur High Court January 26, 2022. — Picture by Yusof Mat Isa
Follow us on Instagram, subscribe to our Telegram channel and browser alerts for the latest news you need to know.
By IDA LIM

KUALA LUMPUR, Jan 26 — A former 1Malaysia Development Berhad (1MDB) CFO today pointed out that Low Taek Jho was not a random person that he had met on the street, and affirmed his belief that Low — otherwise known as Jho Low — was a representative of then prime minister Datuk Seri Najib Razak in 1MDB matters.

Azmi Tahir, the ex-CFO of 1MDB, said this while testifying as the 12th prosecution witness in Najib’s trial over the misappropriation of more than RM2 billion of 1MDB funds.

Najib’s lawyer Datuk Hariharan Tara Singh was asking if Azmi thought it was inappropriate to take instructions from Low, who was not part of the 1MDB company, on 1MDB matters.

Azmi however shot back: “No, because the events leading to how I met him and all that, and what I believed and everyone else. We thought he was legitimately representing Datuk Seri Najib.

“I didn’t meet him off the road somewhere and he was introduced by Datuk Azlin,” Azmi said when pointing out Azlin — who was Najib’s aide — had introduced him to Low.

Previously, Azmi had in his witness statement told the court that he had joined 1MDB as CFO on June 1, 2012, and that he was contacted about one or two weeks later by Datuk Azlin Alias who was working in the Prime Minister’s Office then as the economic division director.

Azmi said that Azlin wanted to introduce him to Low and that it was the first time he had heard of Low who was introduced as Najib’s 1MDB adviser.

Azmi had also previously testified that he had first met Low around June 2012 in Low’s office at KLCC shortly after Azmi joined 1MDB, adding that it was Azlin who had contacted him to meet with Low.

Azmi had said that Low had told him that all instructions from Low and Azlin are “mandates” from Najib, adding that he had later verified with Azlin that Low’s instructions were correct.

After receiving confirmation from Azlin regarding what Low had said in the June 2012 meeting, Azmi said he had from that point onwards carried out every instruction from Low and Azlin as he believed those were mandates from Najib and he had to follow them. 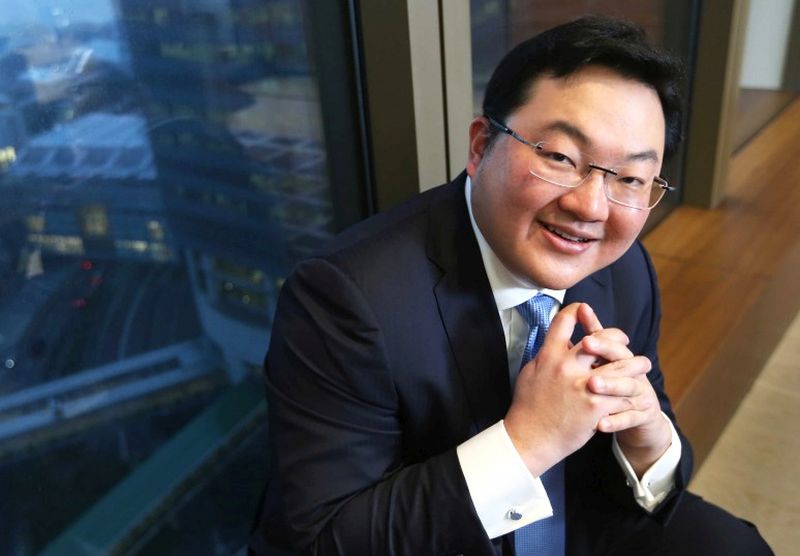 Hariharan Tara Singh then suggested that Azmi Tahir could have verified directly with Datuk Seri Najib Razak in the latter’s house on whether Jho Low’s instructions on 1MDB affairs did indeed have Najib’s blessings. — Picture via Facebook

Earlier, Hariharan quizzed Azmi on his previous testimony about being called by Low to meet at the latter’s house at Jalan Kia Peng, Kuala Lumpur, raising questions on whether this was the appropriate venue to decide 1MDB’s finances if Najib had given his approval.

Hariharan asked: “Now you earlier mentioned that the movement of monies you say is with the blessing of Datuk Seri Najib. If there are all these blessings from Datuk Seri Najib, do you agree Jho Low need not meet you or (then 1MDB CEO) Mohd Hazem Abdul Rahman in the house? He can always meet you in the office?”

Azmi disagreed when Hariharan suggested these meetings with Low were “secret meetings” and would have taken place in the office if it was with Najib’s blessings.

As Hariharan continued to insist that there is no basis to have meetings with Low in his private residence in Jalan Kia Peng when it involves 1MDB matters, Azmi bluntly replied: “I met Datuk Seri Najib in his house with KPMG, so I mean, does it matter where you meet?”

Azmi was referring to a December 15, 2013 meeting between audit firm KPMG and 1MDB at Najib’s house where auditors wanted to hear directly from Najib regarding 1MDB’s purported overseas investment of US$2.318 billion. Besides Azmi, he had previously said those attending the meeting included Najib, then CEO Hazem, and then 1MDB director Tan Sri Lodin Wok Kamaruddin.

Hariharan then suggested that Azmi could have verified directly with Najib in the latter’s house on whether Low’s instructions on 1MDB affairs did indeed have Najib’s blessings, but Azmi pointed out it would not be right for him to do so in front of more senior 1MDB officials such as the 1MDB CEO.

Azmi: I was there with Tan Sri and Hazem, my superiors were there. It was not appropriate for me at that point to talk to PM like that. Because my Tan Sri and CEO would have done it right?

When Hariharan remarked this was a “very convenient way” to respond, Azmi responded: “But it’s also convenient for you to say why didn’t I ask, why didn’t they ask.”

Azmi suggested that he would “look stupid” if he had just asked such a question in general without being able to specify which payments and when the meeting at Najib’s house was for a different matter involving KPMG, saying: “It’s very convenient to say you should just walk up to the prime minister and ask. I’m sorry but that meeting was for KPMG, the agenda, my Tan Sris were there, my CEO was there. I don’t know how it would look professional for a CFO to come out and ask Datuk Seri. Maybe I should have, but I thought out of due respect, you know.”

Azmi pointed out that the movements of money out from 1MDB subsidiaries which he had signed off on were backed by documents such as agreements for such payments to be made, and had earlier also testified that intercompany payments or payments between subsidiaries within the 1MDB group are accounted for.