Taoist, Buddhist temples in Penang to ‘wait and see’ before finalising SOPs for Chinese New Year

Scenes from the Kek Lok Si temple in Air Itam, Penang as Chinese New Year approaches, February 7, 2021. — Picture by Sayuti Zainudin
Follow us on Instagram, subscribe to our Telegram channel and browser alerts for the latest news you need to know.
By OPALYN MOK

GEORGE TOWN, Jan 23 — The opening hours and operating procedures to usher in Chinese New Year at some of Penang’s most popular Taoist and Buddhist temples have not been released to the public, even though the festival is just a little more than one week away.

Some of the temple administrations told Malay Mail that they are still waiting for the federal government to clarify some outstanding questions as to how long they can stay open, and how many visitors are allowed for the duration of the festival celebrated by Chinese worldwide.

While Putrajaya has released the SOPs for religious activities in temples during the celebrations between January 31 and February 15, there was no mention of capacities allowed or any limit on opening hours.

Kek Lok Si Temple trustee Datuk Seri Steven Ooi said they will wait till January 28 to decide on the opening hours of the temple during Chinese New Year.

The iconic temple, located on 30 acres of land in Air Itam, is a popular spot for visitors and devotees especially during Chinese New Year.

“We will have our official temple light-up ceremony on January 28 and we will announce our opening hours then, hopefully by then the government has finalised any additional SOPs for Chinese New Year,” Ooi told Malay Mail.

He hoped the government will consult temple committees before deciding on any additional SOPs for Chinese New Year celebrations at temples.

Kek Lok Si Temple is a main attraction during Chinese New Year due to its colourful lights and lanterns that are put up all over the temple during the festivities.

Ooi said this year, the lighting and lanterns will be up from January 28 until February 28, a total of 32 days.

“The temple is open from 8.30am daily so devotees and visitors can also visit the temple in the mornings and afternoons where they can experience a different atmosphere other than witnessing the colourful lighting at night,” he said.

He said the temple has always practised strict SOPs to check the temperatures of visitors at the entrances, ensure they check in on their MySejahtera and maintain a one-metre distance since 2020.

“Our temple grounds are mostly open air and spread out over 30 acres so it is rather safe for visitors to maintain their distance from each other and keep to the SOPs,” he said.

In Penang, where a majority of the ethnic Chinese are Hokkiens, the Hokkien New Year to celebrate the Jade Emperor’s birthday is often celebrated on a massive scale on the night of the eighth day of the lunar new year. 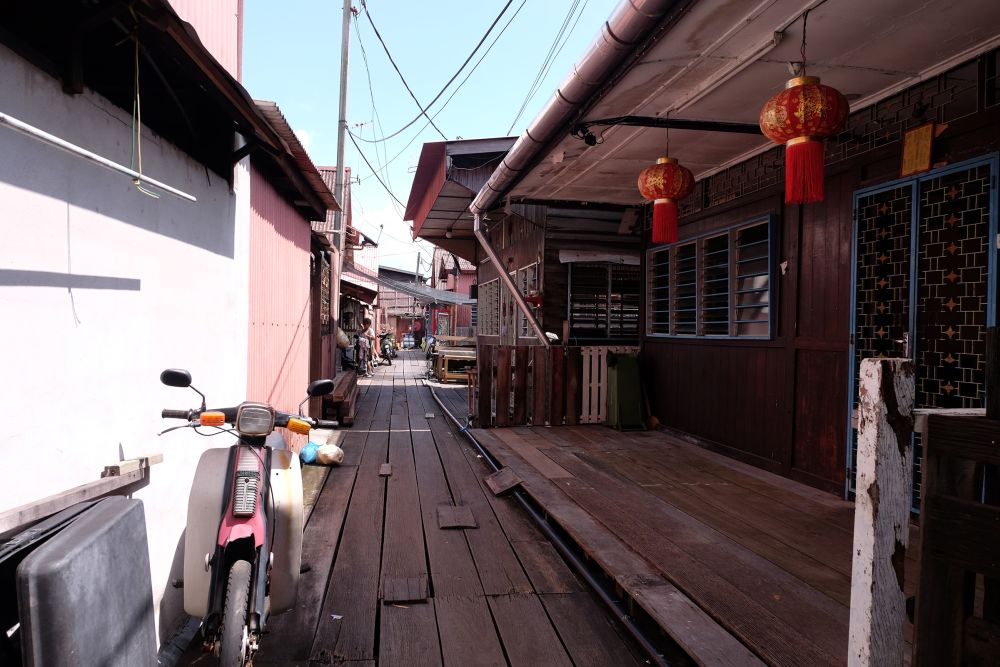 Chew Jetty residents can still celebrate the Hokkien New Year in their own homes and make offerings to the Jade Emperor at home. ― Picture by KE Ooi

This year will be the second year that the mega Hokkien New Year celebrations at Chew Jetty have been cancelled.

According to Chew Jetty Committee chairman Chew Choon Seng, they do not want to attract large crowds to Chew Jetty on that night due to the Covid-19 pandemic.

“Pre-pandemic times, we will have tens of thousands of devotees coming to join in the prayers and give offerings to the Jade Emperor so we have to be responsible not to attract such large crowds due to the pandemic this year too,” he said.

He said Chew Jetty residents can still celebrate the Hokkien New Year in their own homes and make offerings to the Jade Emperor at home.

“It is safer if we celebrate on our own at home and reduce the number of people in public areas,” he said.

Another highly popular temple in Penang is the historical Goddess of Mercy Temple located in the heart of George Town Unesco heritage site.

The temple used to open for 24 hours on Chinese New Year eve to allow devotees to seek blessings and make offerings throughout the night until the first day of Chinese New Year.

However, temple secretariat Shereen Ho said they are uncertain on what is allowed as the recently released SOPs on Chinese New Year did not specify the allowed opening hours or capacity.

She said the temple has already put in place existing SOPs such as checking of body temperatures of visitors, ensuring they check in on MySejahtera and ensure they maintain one-metre distance apart.

Even for the Thni Kong Tnua Temple (Jade Emperor Temple) in Air Itam, Ho said the temple will be open for devotees to visit it especially during the Jade Emperor’s birthday or Hokkien New Year.

“We are unsure if we are allowed to open it till late as customarily, the temple will remain open on the night on the eighth day of the Chinese New Year until about 2am to allow devotees to make offerings and pray,” she said.

Currently both the Goddess of Mercy Temple and Thni Kong Tnua Temple are open from 7am to 10pm daily.