Minister in the Prime Minister’s Department (Parliament and Law) Datuk Seri Wan Junaidi Tuanku Jaafar at a press conference after attending the Dewan Negara Conference at Parliament Building, December 23, 2021. — Bernama pic
Follow us on Instagram, subscribe to our Telegram channel and browser alerts for the latest news you need to know.
By SYED JAYMAL ZAHIID

KUALA LUMPUR, Jan 9 — Several members of the Special Select Committee overseeing agencies under the Prime Minister’s Department today criticised the law minister for issuing a public statement they felt were aimed at absolving Tan Sri Azam Baki, who has been accused of proxy stock trading while holding public office.

The four members — Aziz Jaman (Sepanggar), Chan Foong Hin (Kota Kinabalu), Khoo Poay Tiong (Kota Melaka) and William Leong Jee Keen (Selayang) — said Datuk Seri Wan Junaidi Tuanku Jaafar’s explanation about Azam Baki’s shares was disappointing because it appeared to side with the Malaysian Anti-Corruption Commission chief, when an investigation had yet to be made.

“Our question is, why did Wan Junaidi act as if he was protecting Azam?” the four PSC members asked in a statement.

“The issue of stock purchases is not just about affordability. It is also about conflict of interest. It is also about integrity, and the question of public trust deficit towards the MACC as the body that was entrusted to fight corruption,” they added.

“Wan Junaidi appeared to have ignored all these facts,” they added.

In a statement issued yesterday, Wan Junaidi claimed the value of the shares Azam Baki had bought in 2016 was “just” RM330,000 and the current share size he is holding at the moment had accumulated over the years.

The value was deemed to be “affordable” by someone of Azam Baki’s rank, and therefore unlikely to have been acquired through corrupt means, he concluded. 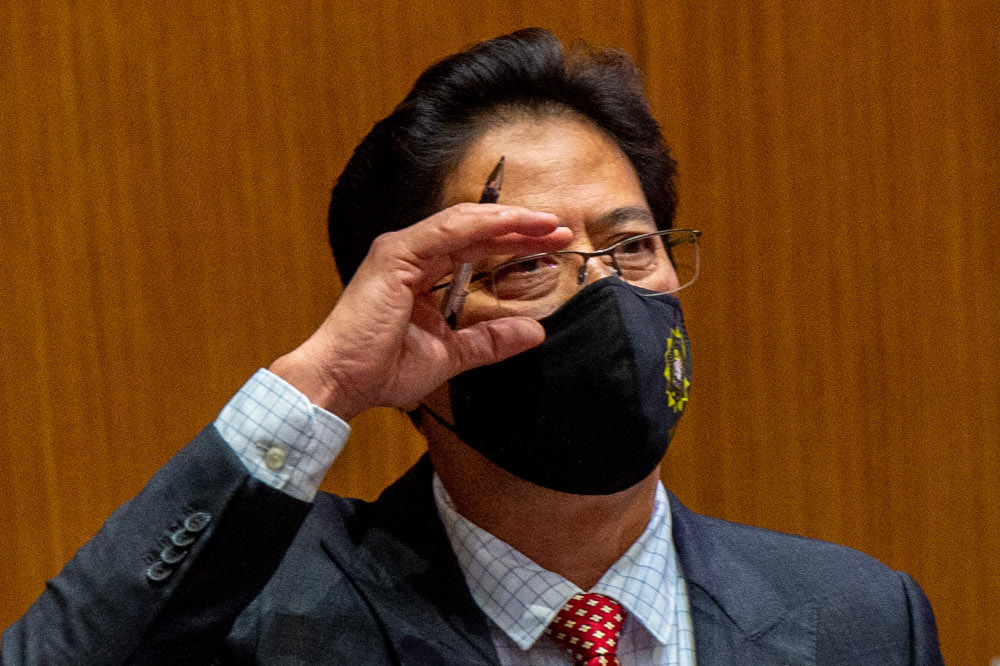 The Securities Commission has said it would call Azam Baki in for questioning over possible conflict of interest after he admitted to proxy stock trading.

Anti-corruption watchdogs and opposition MPs have called for the allegations against the MACC chief commissioner to be investigated, with some saying he should be compelled to explain before the PSC.

The media had reported that the Parliamentary Special Committee overseeing anti-corruption efforts led by Tan Sri Rais Yatim would soon initiate its own investigation.

Members of the PSC under the PMD, the department overseeing the MACC, have questioned when their own chief, Kuala Krai MP from PAS Abdul Latiff Abdul Rahman would hold its own hearing and summon Azam Baki for an explanation.

“When will the PSC for PMD agencies led by Tuan Abdul Latiff bin Abdul Rahman, who is also MP for Kuala Krai from PAS, take its turn?” the PSC members asked.

“Certainly, the two select committees were formed with their respective mandates and have specific roles to play,” they added.