DPM: EMCO in Selangor’s 34 mukim to end at midnight as scheduled

A route to Jalan Bukit Cerakah on Jalan Paip is blocked amid the enhanced movement control order in Meru July 6, 2021. The EMCO covering nearly all of Selangor, barring Sabak Bernam, came into effect on July 3 and was scheduled to last two weeks. — Picture by Yusof Mat Isa
Follow us on Instagram, subscribe to our Telegram channel and browser alerts for the latest news you need to know.
By BEN TAN

The EMCO covering nearly all of Selangor, barring Sabak Bernam, came into effect on July 3 and was scheduled to last two weeks.

In a statement, Ismail Sabri said that the National Security Council decided not to extend the EMCO in these areas after consultation with the Health Ministry.

Previously, the 34 mukim in Selangor and 14 localities in the Federal Territory of Kuala Lumpur were put under EMCO for 14 days effective July 3.

However, the status of the EMCO in Kuala Lumpur was not stated in the statement.

Apart from Selangor, Ismail Sabri said the EMCO in several localities in Kedah, Sabah and Penang would also end tomorrow, while one locality in Negri Sembilan the day after tomorrow.

Meanwhile in Negri Sembilan, the EMCO in Taman Desaria, Seremban which started on July 5 will end on July 18.

On the National Recovery Plan (NRP), Ismail Sabri said it was the government’s commitment in providing a clear strategy to deal with the Covid-19 pandemic.

“Yesterday alone, 180 factories and business premises were taken action for not complying with the SOPs and today, similar action was also take on 65 premises,” he said.

Ismail Sabri, who is also the senior defense minister, added that the government would not compromise if there was a violation of directives and SOPs in any situation.

He said this is because the present priority is the safety and well-being of the people.

“If any premises are still adamant and violate the instructions by the authorities, strict action including an immediate closure order will be imposed," he said. 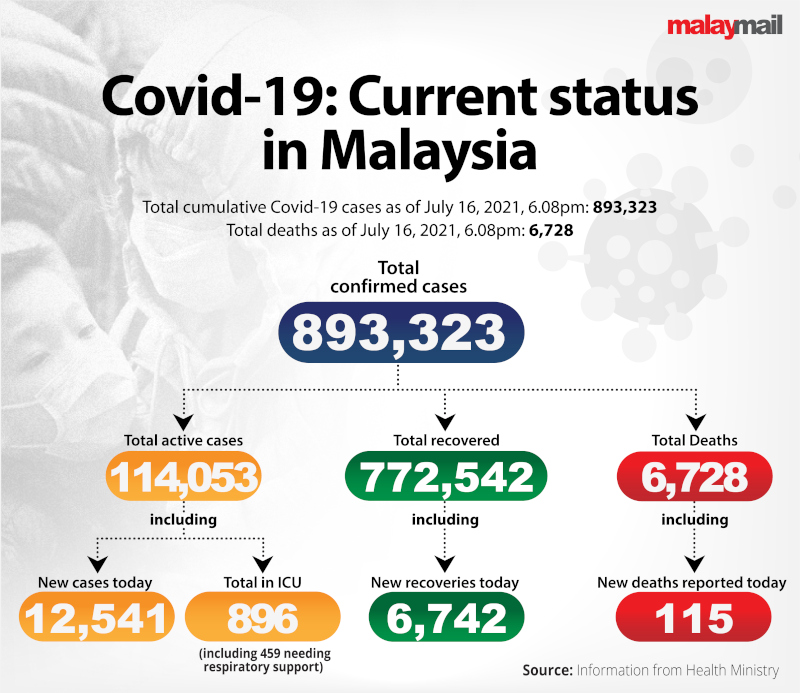