GEORGE TOWN, July 8 — Friday prayers can be held in all mosques and suraus in Penang with a set number of worshippers and strict standard operating procedures (SOPs) starting tomorrow.

“For suraus, only 50 worshippers are allowed,” he said in a statement today.

He said the Aidiladha prayers were also allowed to be performed by not more than 150 worshippers at state and district mosques, kariah mosques (100) and suraus (50).

The Aidiladha sacrificial slaughter is also allowed according to the guidelines set earlier but any social activities are prohibited, he added.

Meanwhile, in Kuala Terengganu, there is no longer a limit on the number of members of the congregation set for Friday, obligatory, funeral and Aidiladha prayers at all mosques and suraus throughout Terengganu, beginning today.

The decision was made by the Terengganu Islamic Affairs and Malay Customs Council (Maidam) in line with the state transitioned to Phase Two of the movement control under the National Recovery Plan (PPN).

Maidam president Datuk Osman Muda said the permission was given after obtaining the consent of the Sultan of Terengganu, Sultan Mizan Zainal Abidin and feedback from the state Mufti, Health Department and National Security Council.

“The number of worshippers must be based on the capacity of the mosques and suraus, in compliance with the SOP set by the government,” he said in a statement.

Other activities in mosques and suraus, however, are not allowed unless permission is obtained from Maidam, he added. — Bernama 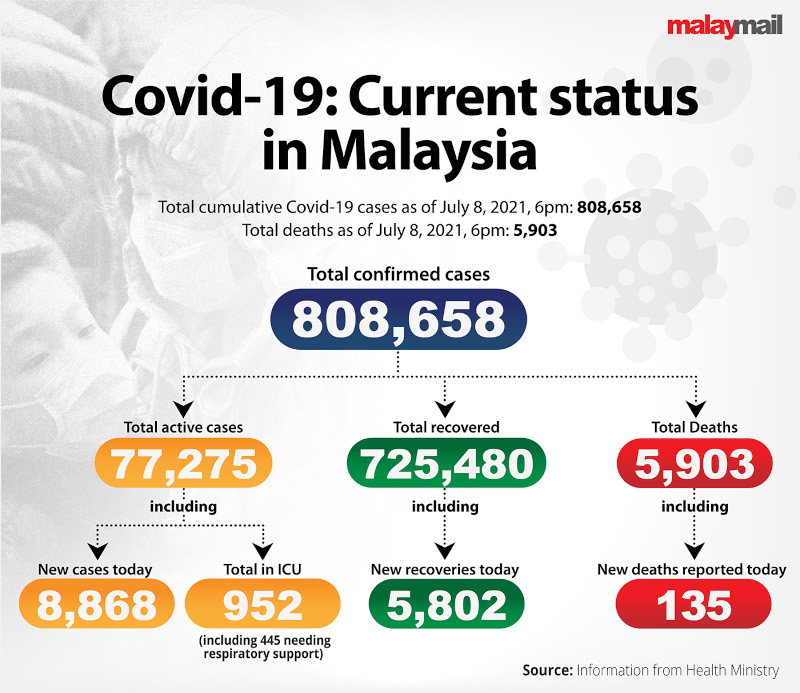