EMCO at yet another Kelantan tahfiz school, says Ismail Sabri

KUALA LUMPUR, April 20 — Another tahfiz school in Kelantan will be placed under the enhanced movement control order (EMCO) following a surge in Covid-19 cases.

“Presently the Health Ministry has carried out 243 screening tests, of which 97 tested positive for Covid-19,” he said in a statement.

The EMCO in Maahad Tahfiz Al-Quran Wal Qiraat will enable the ministry to conduct targeted screening on all residents and prevent Covid-19 from spreading elsewhere, he said.

Several other tahfiz schools and madrasah in Kelantan have also been placed under EMCO due to increases in Covid-19 cases, including Maahad Tahfiz Sains Tanah Merah, Tahfiz Sains Nurul Aman in Kok Lanas, and Maahad Tahfiz Bunut Sarang Burung in Tumpat.

Separately the National Security Council has decided to end the EMCO in Kampung Batu Gong, Siburan, in Serian, Sarawak, ahead of schedule.

“Following the risk assessment by the ministry, the EMCO will end today instead of on Friday (April 23) due to a drop in cases.

“A total of 103 positive cases were recorded from 485 screening cases, with the ministry verifying the last cases on April 15, with seven individuals involved,” Ismail said.

The EMCO at Sri Aman prison and staff quarters in Sarawak will also end tomorrow, as scheduled.

A total of 532 screenings have been conducted, with 365 positive cases detected. The ministry has confirmed the situation is under control, with the last two cases reported on April 16. 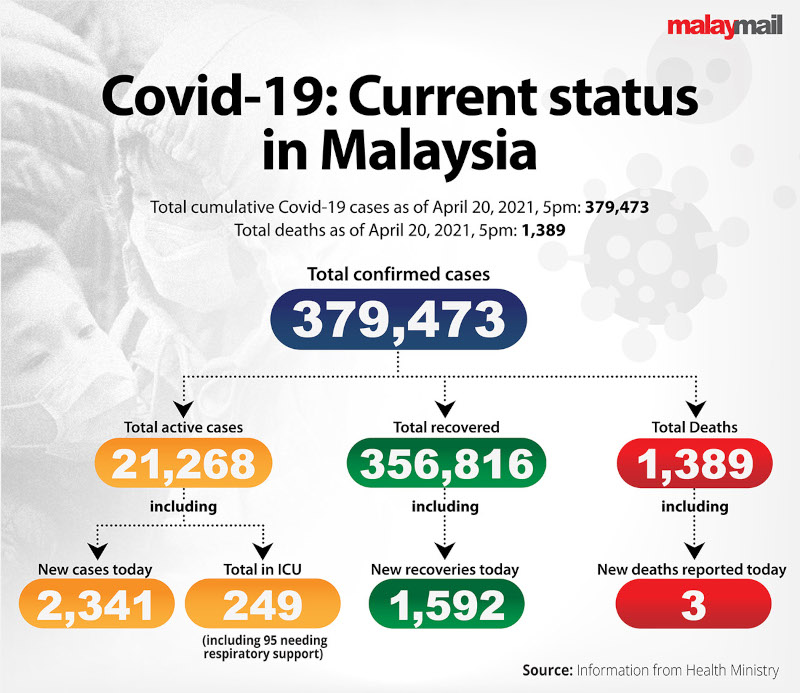