The number handily surpasses the previous record of 3,377 that was reached just earlier this week.

Selangor, the nation’s industrial centre, contributed more than a third of today’s numbers with the 1,466 new cases or twice as many as second-placed Johor’s 719.

Worryingly, Malaysia had not been expected to reach the 4,000-case mark until the middle of February, based on the Health Ministry’s epidemiological modelling.

This meant Malaysia’s new case growth has now outpaced the model that was already based on an elevated basic reproduction number (R0) for Covid-19 infections of 1.2.

The disease has been killing patients at an average of 100 per month since October.

Among the deaths reported today was a 40-year-old man in Sabah with no pre-existing conditions.

Today’s reported cases brought the country’s cumulative Covid-19 total to 155,095 including 37,126 that are active and infectious.

New recoveries were just slightly more than half of fresh cases, with 2,148 more patients considered to have fully recovered and been discharged as of today.

On Monday, Prime Minister Tan Sri Muhyiddin Yassin announced that the MCO would be reintroduced in all Federal Territories, Penang, Johor, Melaka, Selangor and Sabah until January 26.

The following day, he announced a nationwide Emergency until August 1, ostensibly to unfetter his administration in the fight against Covid-19. 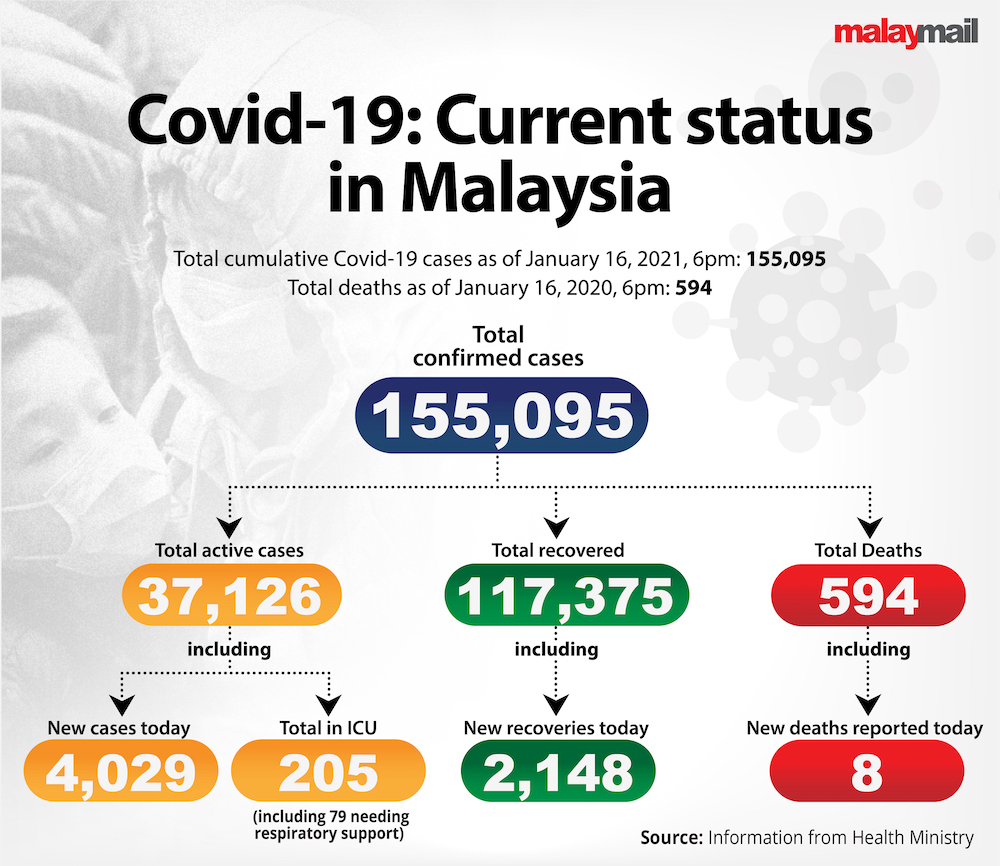