Lawyer Goh Cia Yee (left) handing the petition and signatures to National Young Lawyers and Pupils’ Committee chairman Yusfarizal Yusoff (right), outside the Wisma Badan Peguam building in Kuala Lumpur December 16, 2020. — Picture by Firdaus Latif
Follow us on Instagram, subscribe to our Telegram channel and browser alerts for the latest news you need to know.
By JERRY CHOONG

KUALA LUMPUR, Dec 16 — A group of lawyers spoke out today to defend the rights of trainee lawyers in Malaysia to fair pay and humane work conditions.

The group of eight comprising young and senior lawyers stood outside Wisma Badan Peguam on Leboh Pasar Besar here, the headquarters of the Malaysian Bar — the statutory body representing all lawyers in the peninsula — demanding minimum wage for the trainees who are also known as chambering students or pupils.

Among them was Vince Tan, 29, who has been a full-fledged lawyer for almost five years.

According to Tan, while a chambering student in KL could expect to earn around RM2,000 a month, his peers in the northern states like Penang can expect just half that amount. Lawyer Vince Tan, 29, argues that what little young lawyers are being paid by their respective firms is nearly unliveable with rising costs of living, especially in Klang Valley, December 16, 2020. — Picture by Firdaus Latif

“This was back in 2016, and I understand the highest allowance paid to pupils in KL at the moment is RM4,000. But some students are still being paid RM1,500 or so.

“In comparison, our peers in Kedah, Kelantan, and Pahang are suffering more. It is ironic that lawyers who fight for the rights of others are unable to do so for their own, as they fear reprisals from their superiors,” he told reporters here today.

In Malaysia, trainee lawyers must complete their pupillage — a mandatory nine-month training course after graduating from law school — before they can enter the legal profession.

Tan said data showed trainee lawyers have been facing wage stagnation as far back as 2011 and that a report based on a survey carried out in 2017 showed those in authority had not taken action to address the situation.

He said this treatment was not only unfair but did not bode well for their profession.

“The clients pay the firm for their services, which the bosses and partners take their cuts while the remainder goes to overhead costs including pupils’ pay.

“The pay is a mere pittance for us while the partners or senior lawyers can live in luxury and buy expensive cars. When the issue is raised, the excuse of having to be grateful to be given the chance to work is often used to brush it off,” Tan said.

Goh Cia Yee, who has been practising law for just over a year, shared similar accounts of underpaid and overworked trainee lawyers.

The 25-year-old said some pupils are paid between RM400 to RM800 monthly in northern peninsula states like Kedah.

“Similarly, pupils have no right to take leave without permission from the Bar, and some find it difficult to do so.

“Many of them work overtime, yet receive no compensation for it. But the work they do save costs for their firms who might otherwise have to outsource such work elsewhere,” Goh said.

Frustrated by the lack of action, these lawyers together with their senior counterparts have started a signature campaign to address minimum wage and sexual harassment in the legal profession. To date, they have gathered 4,254 signatures.

Tan called for law firms to practise transparency in their accounts, as he claimed the profits derived from clients are being distributed unevenly.

“For instance, it should be known if a partner or senior lawyer’s luxury car is being paid by the firm or not. Better pay for pupils also means more equality, and that the profession does not end up being only for those from rich families.

“It is likely that us speaking out about this will lead to hate speech and cyberbullying directed at us. Already several of my peers and myself have been getting calls from anonymous individuals demanding to know who we are to be speaking out,” he said. 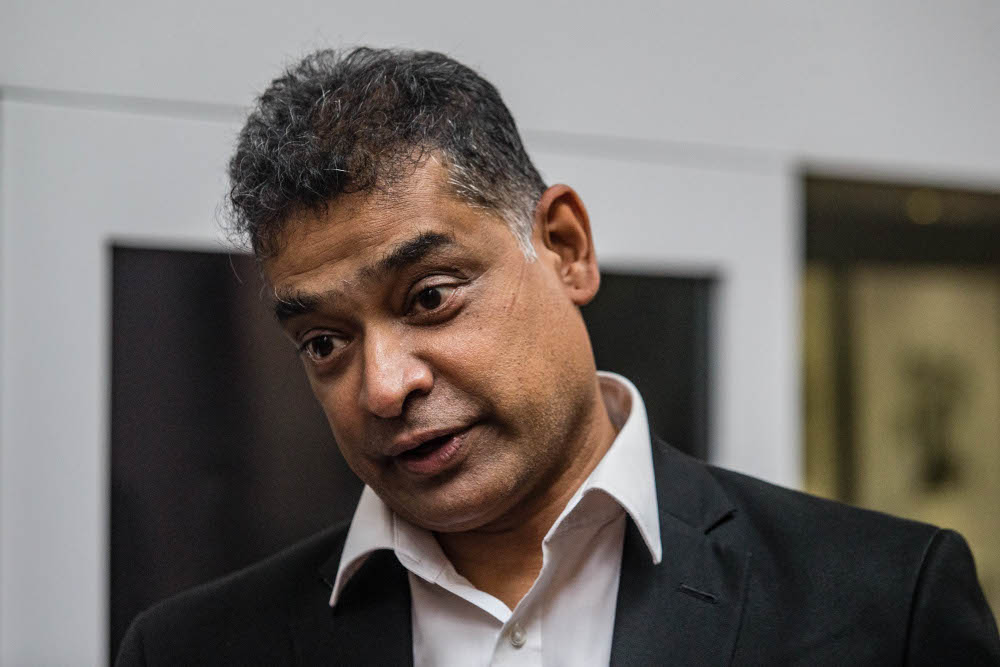 Senior lawyer KA Ramu says his peers should step up to tackle the issue of low wages and sexual harassment among young lawyers as an example to future generations of lawyers, December 16, 2020. — Picture by Firdaus Latif

Senior lawyer KA Ramu, 54, has been a legal practitioner for over two decades. He said he supported the young lawyers’ struggle because they are the future generation of the profession.

“The implementation of a minimum pay for pupils is needed to prevent their exploitation, since they are not classified as employees for the purposes of the Employment Act 1955.

“A supposed lack of a contract between pupil and the pupil’s master enables the masters to pay below the national minimum wage or to drastically cut allowances in times of crisis. Consequently, students also do not have any remedy for unfair dismissal,” he said.

Ramu acknowledged that many of the law firms operating in peninsular Malaysia are small, and may not be able to pay higher salaries to pupils.

“Nonetheless they should make the effort to do so. Whereas there are other firms which are doing very well, in large part to the pupils burning midnight oil to clear the work.

“Already the costs of living in Klang Valley is astronomical. Firms should not think about profits only, but also care for the social aspects of their pupils and young lawyers,” he said.

The petition was handed over by Goh to National Young Lawyers and Pupils’ Committee chairman Yusfarizal Yusoff. It will also be forwarded to the Malaysian Bar and the respective state Bars.

The group is also seeking a meeting with de facto law minister Datuk Takiyuddin Hassan to raise the issue in Parliament.

They said one of the ways to resolve this could require amendments to the Legal Profession Act 1976.