“What we need is not necessarily new politicians. We need new politics.

“It may not be something novel but just a different way of doing things. For example, the way Segambut MP Hannah Yeoh and several other new MPs carry themselves, that is refreshing.

“If a political party wants to stay relevant, this is what they need to do — find new ways to address current issues,” he told Malay Mail in a recent interview.

But he warned that if they (politicians) fail to understand this, they will be booted out at the next elections.

In September, Muar MP Syed Saddiq registered the Malaysian United Democratic Alliance (Muda), touting the party as one that will be led by youths, but membership is open to Malaysians of all ages.

As one of the former pioneer leaders in Parti Pribumi Bersatu Malaysia, he was booted out from the party along with co-founders Tun Dr Mahathir Mohamad and Datuk Seri Mukhriz Mahathir. 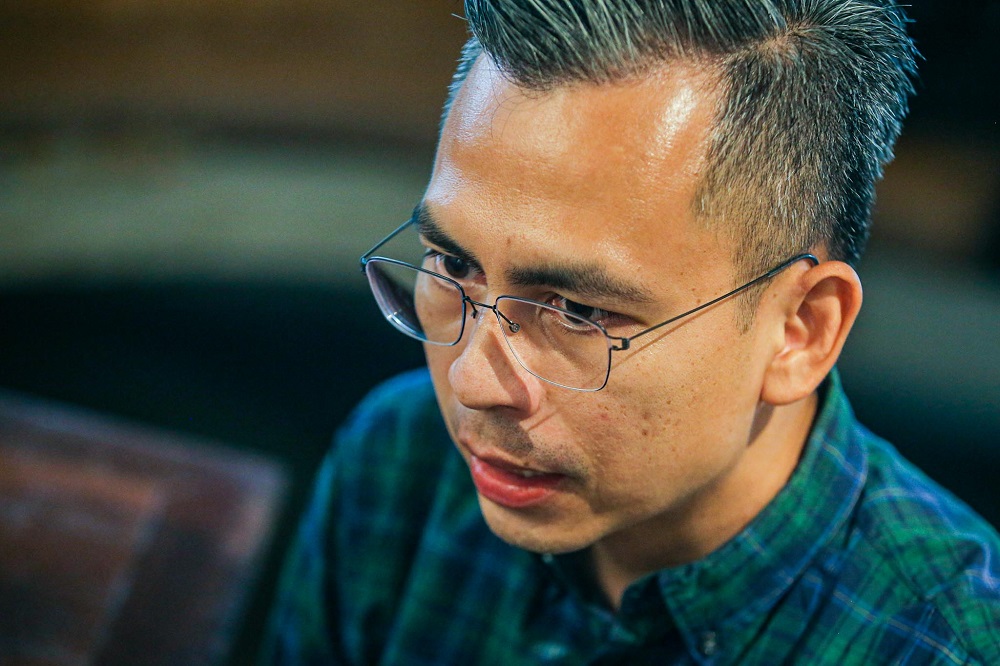 Fahmi said the days of political vendettas and point-scoring politics need to be over. — Picture by Hari Anggara

Fahmi wants Pakatan Harapan (PH) to learn from the outcome of the Sabah state election.

“A way forward now, from what we have seen, my take on Sabah — the old way of doing things no longer apply.

“We have to reshape and reconfigure... we have to reach a kind of modus vivendi (a way of living) where there is difference in opinions but yet able to work together,” he said.

Fahmi also said that the days of political vendettas and point-scoring politics need to be over.

“Given the troubles of Covid-19 and the deteriorating economy, we have to approach the political question of the day differently than before.

“That’s why I firmly believe that the fundamental problems of political stability, that question cannot be solved administratively... it cannot be solved via elections because elections will only lead us again to this place (current political instability) because political leaders can outdo a modus vivendi,” he said.

He also said that the entire process will require a lot of engagement between politicians.

“For example when Syed Saddiq was fighting to get 18-year-olds to vote, he reached across the board as he wanted those who had fears to understand what he was fighting for.

“I think the same amount of activism has to happen in the corridors of the Dewan Rakyat.

“It cannot be ‘I know everything, I will go and pursue my agenda’,” he said.

He wished Syed Saddiq all the best with the new party but warned the latter of challenges in the first few years.

“We are in contact but he has not indicated if he will be PH-friendly. But I believe that we are on the same wavelength — as young MPs and in wanting reforms. We’ll see what he decides,” said Fahmi.

When asked about critics describing Opposition MPs as having taken a backseat since the change of government in March, Fahmi said they were “silently working.”