KUALA LUMPUR, Oct 5 — Prime Minister Tan Sri Muhyiddin Yassin said he will be working from home during the 14-day self-quarantine period, since he was in the same meeting recently with minister Datuk Zulkifli Mohamad who has tested positive for Covid-19.

He also insisted that this is despite him being tested negative for Covid-19 three times in the past three weeks.

“This will however not disrupt government affairs. I will continue working from home and use video conferencing for meetings that I have to chair,” he said in a statement today.

“As a precautionary measure, I have also carried out swab tests to detect Covid-19 every two weeks since April 2020 and all these detection tests have been confirmed to be NEGATIVE. Besides that, I have carried out three (3) Covid-19 tests in the past three weeks that is on 22, 26, 29 September 2020 and was found to be NEGATIVE,” he added.

Earlier in his statement, Muhyiddin explained that he had on October 3 chaired the National Security Council’s special meeting that was also attended by Zulkifli who is minister in the Prime Minister’s Department in charge of religious affairs.

Muhyiddin said that Zulkifli was today confirmed to have tested positive for Covid-19 and is now undergoing treatment in a hospital in Seremban.

Muhyiddin further said that the Health Ministry has carried out Covid-19 tests on all members of the October 3 meeting and the meeting’s secretariat, and had classified them into two categories.

“Based on the risk assessment carried out by the Health Ministry, those identified as close contacts during this meeting have been given a Home Surveillance Order (HSO) letter for 14 days from October 3, 2020 and made to wear the surveillance band,” he said. 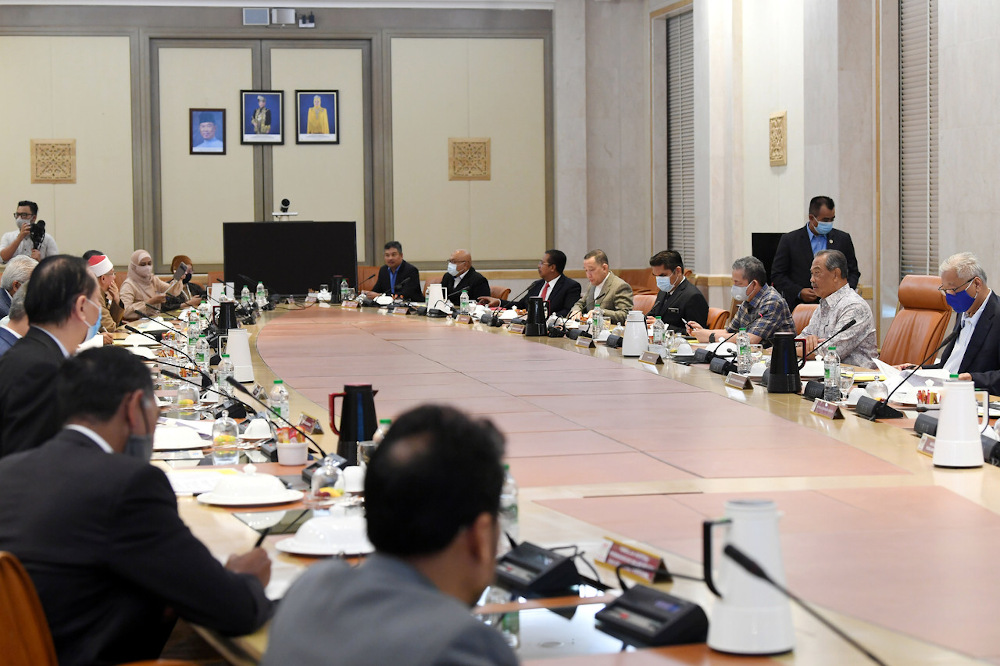 “Members of the meeting who are not close contacts were advised to undergo self-quarantine for 14 days starting from October 3 until October 16, 2020 and to carry out self-health monitoring at home each day using the home assessment tool (HAT) in the MySejahtera app,” he added.

“In line with that, I am undergoing self-quarantine at my residence for 14 days according to the advice given by the Health Ministry,” he further said, before giving his assurance that he would be able to continue his work from home.

Earlier today, Health director-general Tan Sri Dr Noor Hisham Abdullah announced that an individual who had attended an October 3 meeting at the Prime Minister’s Department had tested positive for Covid-19, and that this individual did not display any symptoms during the meeting. Dr Noor Hisham did not name this individual. The Health Ministry has been practising the policy of not naming Covid-19 patients.

Shortly after Dr Noor Hisham’s announcement, Zulkifli himself confirmed on his official Facebook page that he had tested positive for Covid-19 and that his health condition remains good.

Zulkifli also urged those who had attended any events he had attended between September 24 to October 4 to immediately undergo Covid-19 screening at any health clinic.

The October 3 meeting in Putrajaya was a special National Security Council meeting on Covid-19, with those present including ministers such as Senior Minister (Security Cluster) Datuk Seri Ismail Sabri Yaakob and other key officials such as Dr Noor Hisham himself and Inspector-General of Police Tan Sri Abdul Hamid Bador.

* A previous version of this story contained an error in which Chief of Defence Force General Tan Sri Affendi Buang was mistakenly named at the meeting. The error has since been corrected. 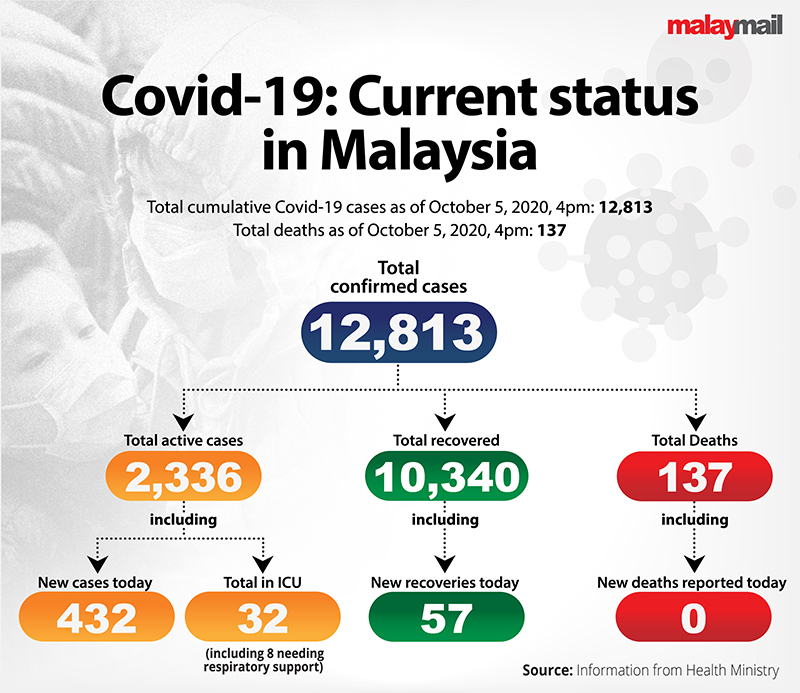