KUALA LUMPUR, Sep 24 — The Health Ministry has mandated Covid-19 tests for all individuals who have been to or were from areas designated as “red zones” if they display symptoms of infection.

Health director-general Tan Sri Dr Noor Hisham Abdullah also said that all others were strongly encouraged to have themselves tested at the nearest public health facility even if they were not symptomatic.

Dr Noor Hisham said this was for their own health and safety as well as that of their families and the larger community.

“As of today, there are five zones in Malaysia classified as red. Four are situated in Sabah, namely Tawau, Lahad Datu, Kunak, and Semporna, while one is in Kedah, which is Kota Setar,” he said in a statement.

Dr Noor Hisham said the country began recording a rise in the R-nought (R0) for Covid-19 on September 7, at 1.72, which has led to fears that the pandemic could spread exponentially unless aggressive control steps are taken.

The R0 predicts how many others will be infected on average as a result of each new Covid-19 case.

“To this, various public health steps to control and prevent were taken, such as tightening the conditions of entry from high-risk countries at international entry points, stronger border control to prevent the entry of undocumented migrants via ratlines, among others.

“The administrative enhanced movement control order in several areas has also helped to control the situation, in which quick action by contact-tracing for positive cases, targeted screening for high-risk categories, implementing quarantine and early treatment to symptomatic cases has managed to reduce the R0 to less than 1.0,” he said.

“Therefore more needs to be done together to break the Covid-19 chain in the community. If one has no important business outside, the ministry advises the public to remain at home.

“In Sabah, the National Security Council and Election Commission has developed standard operating procedures for campaigning and voting during the ongoing state election. The ministry pleads with the public regardless of social standing and status for everyone to help the nation in controlling the spread of Covid-19,” Dr Noor Hisham said.

Today, 71 new cases were reported, 69 of which were local transmissions. These include 63 cases in Sabah, four cases in Kedah, and two in Selangor. 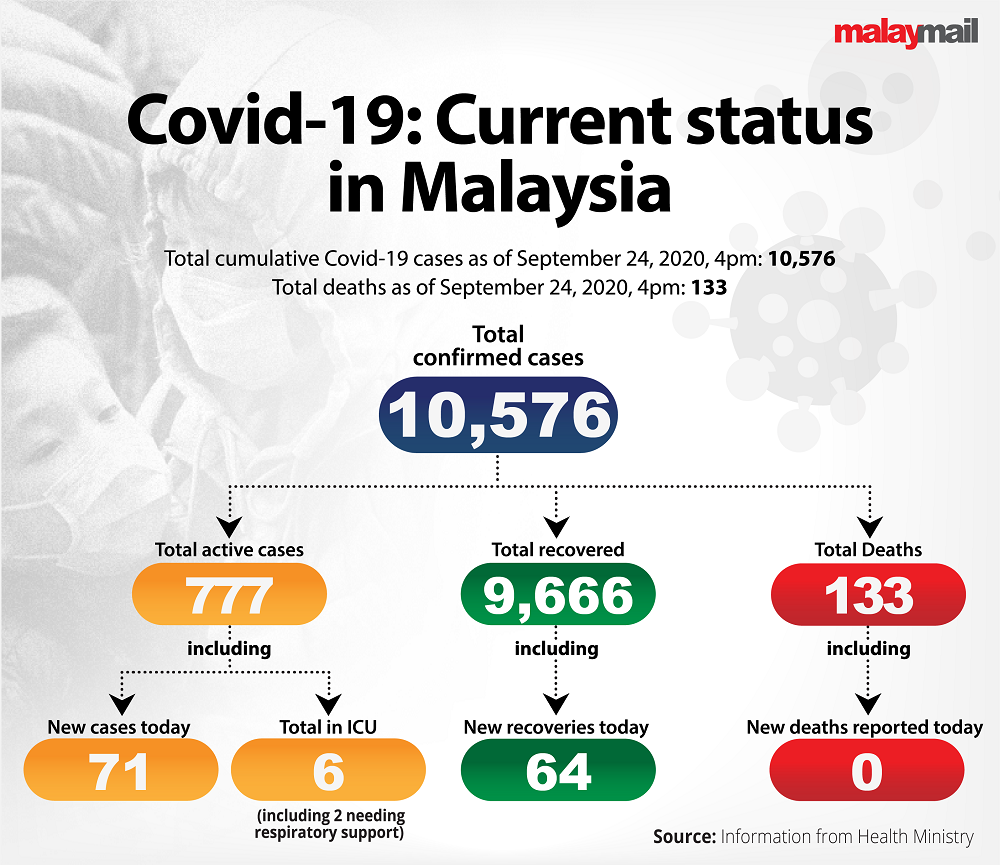