New Covid-19 cases shoot up to 21 today, with 12 of them returning from Yemen

The Ministry of Health (MOH) said 15 of these were imported, bringing the total accumulated positive cases to 9,023.

“All these imported cases have been placed at the isolation centre on the arrival at the Kuala Lumpur International Airport,” it said on its official Facebook page this afternoon.

With this, MOH said that the number of active cases is now at 196.

The Ministry added that 18 patients had recovered and discharged from the hospital today.

MOH also said there were no deaths reported today, which makes the cumulative amount for deaths remains at 125.

“Two patients were treated at the Intensive Care Unit while none needed ventilators,” it added. 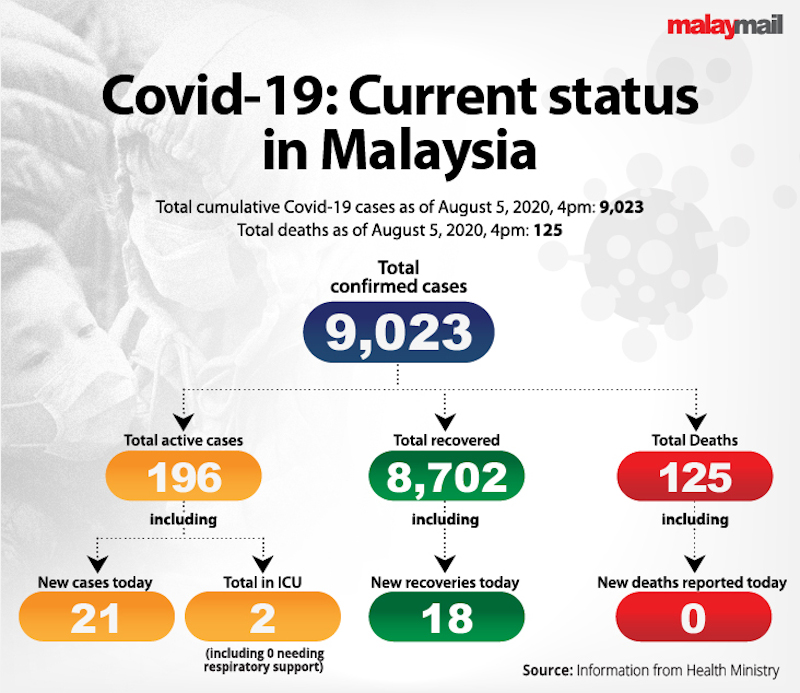