Datuk Seri Ahmad Zahid Hamidi is pictured at the Kuala Lumpur High Court June 17, 2020. — Picture by Yusof Mat Isa
Follow us on Instagram, subscribe to our Telegram channel and browser alerts for the latest news you need to know.
By IDA LIM

KUALA LUMPUR, June 17 — Datuk Seri Ahmad Zahid Hamidi was cited by his younger brother as allegedly being the one who had paid RM5.9 million for the family’s religious foundation Yayasan Al-Falah to purchase two bungalows in Country Heights in 2017, a witness told the court today.

Lawyer Faisalludin Mohamat Yusuff, who is also a trustee of Yayasan Al-Falah, was testifying as the 66th prosecution witness in former deputy prime minister Zahid’s corruption, criminal breach of trust and money-laundering trial.

How Yayasan Al-Falah, Yayasan Akalbudi, Zahid and Nasaee are connected

In his witness statement, Faisalludin explained that he knows Zahid as the latter is the MP for his hometown Bagan Datuk, and also the elder brother of Yayasan Al-Falah’s chairman Datuk Seri Mohamad Nasaee Ahmad Tarmizi.

Faisalludin went on to explain that Nasaee had asked him for help to set up Yayasan Al-Falah on April 30, 2014 on the latter’s father [email protected] Tarmidzi Radin Abdul Fateh’s request.

Asked in court today to explain how the three individuals were related, Faisalludin explained that the late [email protected] Tarmidzi is the biological father of both Zahid and Nasaee.

As for Yayasan Al-Falah chaired by Nasaee and charitable foundation Yayasan Akalbudi that has links to Zahid, Faisalludin explained the distinctions he saw between the two organisations. 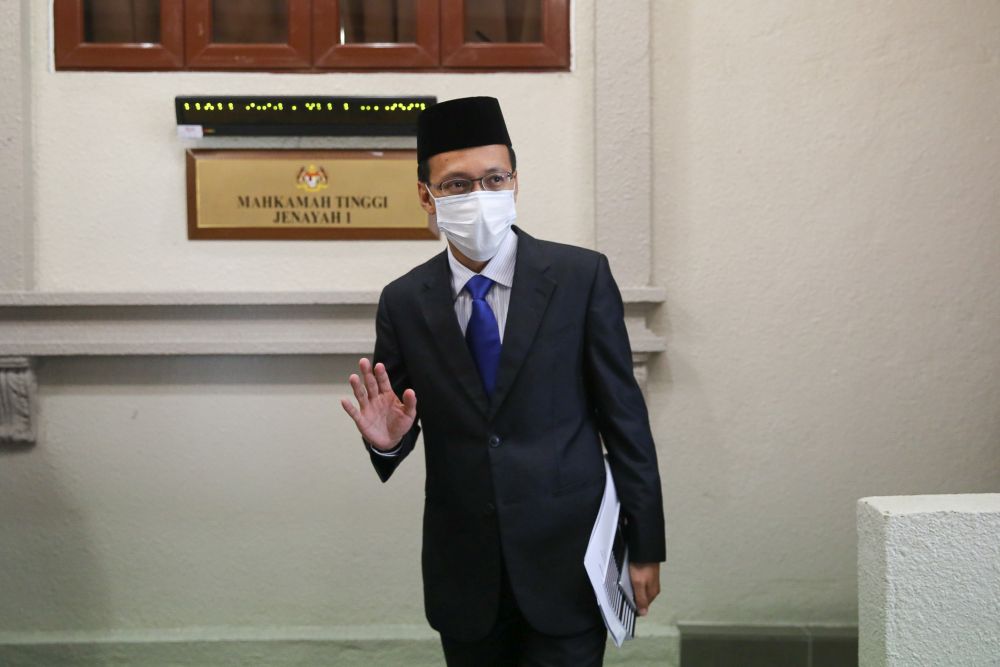 In the RM5.9 million deal for the two Country Heights bungalow purchase, Faisalludin said he was the appointed lawyer by both the seller Bee Garden Holdings Sdn Bhd and the buyer Yayasan Al-Falah to prepare all the necessary paperwork and legal documents.

Faisalludin confirmed that he had handed over the cheque to Lee on January 9, 2017.

When asked by deputy public prosecutor Ahmad Sazilee Abdul Khairi, Faisalludin said he did not ask Nasaee at that time why the RM5.9 million cheque was issued by Lewis & Co.

But later when asked further by Zahid’s lawyer Mohd Haziq Dhiyauddin Razali, Faisalludin said that he had subsequently after some time asked Nasaee why the cheque for RM5.9 million came from Lewis & Co.

“Datuk Seri said this is a sumbangan (donation) from Nasaee’s elder brother, that is Datuk Seri Zahid Hamidi,” Faisalludin said.

According to Faisalludin, he was not involved with Zahid’s Yayasan Akalbudi which he had heard from Nasaee to be involved in charitable works, while also confirming that Zahid is not a trustee of the family foundation Yayasan Al-Falah but was known to have made donations to mosques and suraus.

Throughout the trial, Zahid’s lawyers had sought to suggest that the law firm Lewis & Co acts as a trustee for Yayasan Akalbudi which has links to Zahid.

When shown Yayasan Akalbudi’s memorandum of association for the first time, Faisalludin agreed that the RM5.9 million contribution by Yayasan Akalbudi for Yayasan Al-Falah to purchase the two bungalows would be allowed due to its charitable nature.

Under cross-examination by Zahid’s lawyers, Faisalludin said he was told by Nasaee that the two Country Heights bungalows were to be purchased for religious purposes, with one of them now still under renovation while the other has been opened for religious activities with its own surau, space for religious lectures and with many copies of the Muslim holy book al-Quran available inside.

Faisalludin agreed with Zahid’s lawyers that the purchase of the two bungalows were in line with Yayasan Al-Falah’s objectives which included the expansion of Islam.

Faisalludin agreed with Haziq that the RM5.9 million property purchase did not contain anything hidden as all documents are registered at the land office.

Yesterday, Selangor Land and Mines Office assistant administrative officer Aslina Abu Hasan, testifying as the 59th prosecution witness, verified via documents that the ownership of the two houses had been transferred from Bee Garden Holdings to Yayasan Al-Falah.

Today, 63rd prosecution witness and businessman Datuk Eric Yong Chong Long said he had moved to Country Heights in 2014 and had then got to know his neighbour Nasaee, and that he started becoming close to Lee in 2015.

Among other things, Yong confirmed he had helped introduce Nasaee to the bungalows owned by Bee Garden Holdings, and said that Nasaee had expressed interest in two located near Country Heights’ surau for the intention of building a religious school.

Yong also said that he had then chose not to take any commissions from matching the buyer to the seller of the two Country Heights houses due to the deal being intended for a religious school, adding that he was invited to the cheque handover event as he did not take any commission from both buyer Yayasan Al-Falah and seller Bee Garden Holdings.

In this trial, Zahid is facing 47 charges, namely 12 counts of criminal breach of trust in relation to charitable organisation Yayasan Akalbudi’s funds, 27 counts of money-laundering, and eight counts of bribery charges.

In the money-laundering charges, Zahid is accused of ordering the transferring of millions of ringgit in alleged illegal funds into fixed deposits via Lewis & Co’s clients’ account. A clients’ account is typically where law firms hold money as a trustee or on trust for their clients.

As part of the money-laundering charges, Zahid was also accused of having being directly involved in transactions involving proceeds from illegal activities by allegedly ordering for the purchase of the two bungalows worth RM5.9 million using a Maybank cheque issued from Lewis & Co’s clients’ account in Maybank.