Annuar Musa wants no foreigners in our markets, but can locals hack it? Here’s what migrant workers think

A general view of the Kuala Lumpur wholesale market in Selayang during the enhanced movement control order (EMCO) May 14, 2020. — Picture by Firdaus Latif
Follow us on Instagram, subscribe to our Telegram channel and browser alerts for the latest news you need to know.
By R. LOHESWAR

KUALA LUMPUR, May 16 — Having Malaysians replace migrant workers in wet markets may result in a catastrophic failure of the entire market system, said several workers who have been working in the industry for years.

The migrant workers said the long hours, irrepressible stench, dirty work area, fussy customers, no holidays and the low pay may soon drive Malaysians away from working in markets, as they do not suffer from the same social desperation that the community face.

One of the biggest wet markets in Malaysia, was ordered closed after a wet market-to-wet market Covid-19 infection beginning from the Selayang wholesale market in Kuala Lumpur to other localities in the country.

Many issues arose from its closure. Among them revelations that most of the business there were handled by foreigners while the owners simply sat back, took a cut and collected rent. 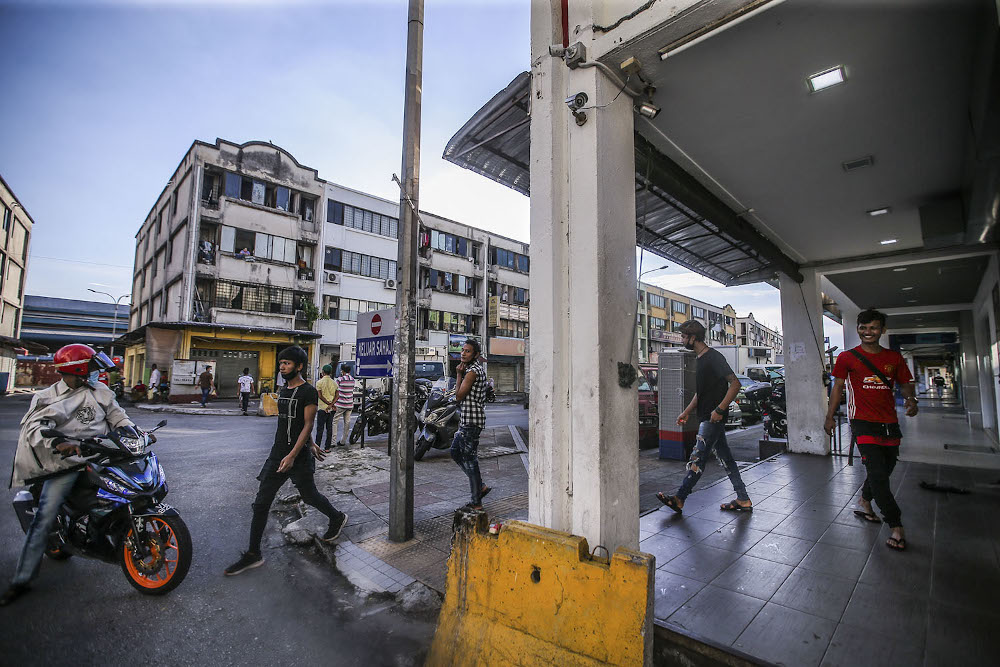 But many also argued that Malaysians deserve to run the place, while those abusing their power should be punished.

However, Shoaib Ali (not real name), a migrant from Bangladesh, said he has seen it all happen before, and was convinced having Malaysians work in the wet markets would just be a temporary solution.

“In my 10 years working in wet markets I have seen many come and go. None of them last.

“Their lives are not as tough as ours and when they realise they can’t wake up on time, can’t live without holidays and can’t stand the intense smell every day, they will go missing,” said Shoaib who has worked in PJ Old Town wet market and SS17 wet markets selling produce.

“We only get 10 days off a year, and the rest of the time we’re working. Sometimes, in a month we only get one day off and even on that day it’s a half day because our boss will ask us to clean stalls.” 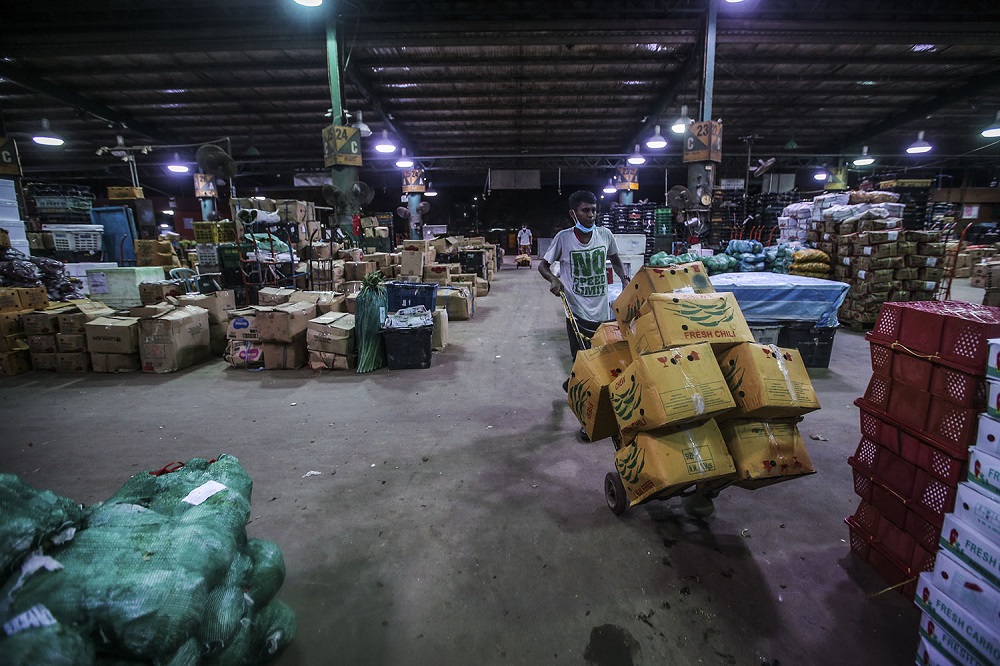 A general view of the Kuala Lumpur wholesale market as traders resumed business after the enhanced movement control order on the area was lifted, May 13, 2020. — Picture by Hari Anggara

A typical day for Shoaib and friends would be waking up at 2am, getting ready and hitting the markets by 2.30am.

They will clean the stalls, pick up the supplies and arrange them in their store room and take some of it to display on the stalls for sale.

Those who are selling meat have more work to do as they have to take the live poultry, cull it, defeather and remove the giblets before prepping their knives and chopping boards for customers who start coming in at 6am.

He will then work until 1pm and go home by 2pm and the cycle continues. In between their daily routine there will be pickups and deliveries as well as miscellaneous jobs that involve getting down and dirty.

“Apart from that I also deal with customers. Having worked for so long the regulars know me. But if I left my boss to handle the customers, he would fight or argue with them,” said Shoaib.

“I’d have to calm him down, tell him ‘Boss, don’t get angry boss, they are our regulars’ and only then he will chill,” said Shoaib.

“So if you really are a regular at these wet markets, the locals have always preferred to deal with foreigners as we are not disrespectful and we have more patience with them.

“If you ask me why, I think it’s because we are desperate and we really need the money and the job to live and send some home to our families,” said Shoaib, relating what he has been doing for his wife and two kids in Bangladesh. 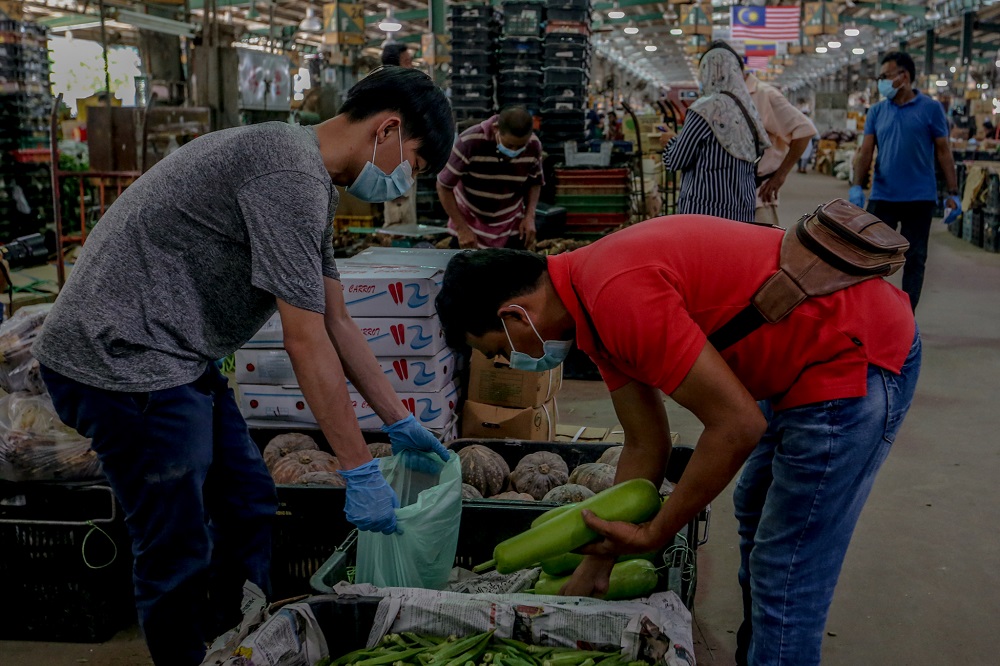 People shop for fresh produce at the Kuala Lumpur wholesale market in Selayang during the enhanced movement control order (EMCO) May 14, 2020. — Picture by Firdaus Latif

A 26-year-old Nepalese who wanted to be known as Samir Abbas has been working for four years at several wet markets as a delivery guy. His is a heavy-duty job whereby you need to be fit, strong, and always ready to work.

He claimed to have seen locals join his team, and ghost the employers just after two days, where the bosses would not be able to call or message those workers.

“One time my boss’s nephew came to work for us and after a few days he couldn’t be contacted. We thought he was kidnapped or worse and later on found out he was chilling with his friends, smoking and drinking ketum in the afternoon,” said Samir.

“The migrant community here consists of people who came to better their lives as the situation at home is severe. In Malaysia the locals have a chance at a better life if they work hard, so why bother working in the wet markets or industries involved in it?

“Some of the locals who have come and gone we can tell they do not want to be seen with or around us, so that’s another factor, in my opinion, why locals won’t make it in this industry.” Illegal immigrants are detained by the Immigration Department following raids carried out at Selayang Baru in Kuala Lumpur May 14, 2020. — Picture by Yusof Mat Isa

Annuar had told the business owners to hire locals when they reopened. As of this week, there are more than 1,000 locals working in the Selayang market.

Yesterday, Annuar also said his ministry is encouraging youths to work in the Selayang Markets at a minimum month salary of RM2,400.

Migrant workers earn half of that at best, just shy of the national minimum wage of RM1,200.

“Maybe now since they do not have jobs they will take it. Once things get better or they realise the reality of the job and how difficult it is will they stay?” asked Shoaib.

“I think that’s the bigger question.” 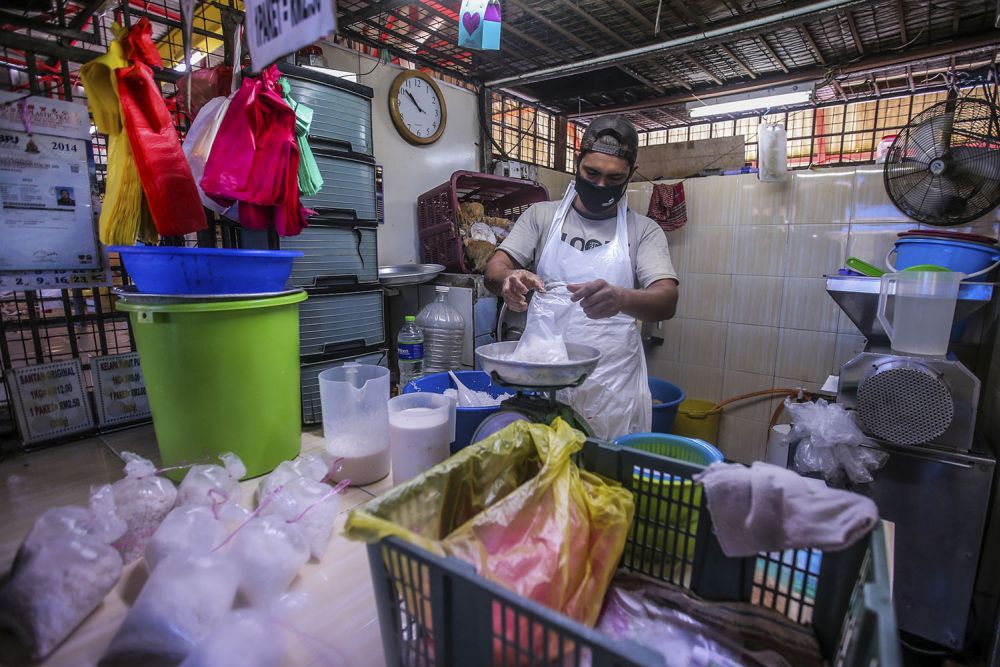 Bangladesh worker Azam Mahmood is pictured at the SS17 wet market in Petaling Jaya May 13, 2020. — Picture by Hari Anggara

Meanwhile Azam Mahmood, also from Bangladesh, felt Malaysians are actually capable of doing the 3D (dirty, dangerous and difficult) jobs but there needs to be a mixture of local and foreign workers.

“The foreigners tend to do the heavy lifting but I’ve seen locals work hard too. The big question is are they doing it everyday or just three to four times a week,” said Azam who sells coconut milk at the SS17 wet market.

He then works until 2pm and in the past, before Covid-19 hit, he had side jobs of posting and removing banners from streets, cleaning awnings from buildings and any other menial jobs he can find.

In the four years he has been in Malaysia he has never seen many locals do these types of jobs except if they are part owners of the company.

“For people like us, finding jobs is hard that’s why whatever job we have, we cling to it.

“Not much choice, you know. Even if we work very hard, at times the money is still the same. This scenario won’t be similar for locals as many will demand more money for more work,” he added.