It is understood that the Shah Alam district police would be assisted by the 502nd Territorial Army Regiment from Sungai Buloh Camp consisting of 30 personnel including one officer.

Immediately after their arrival, every personnel were screened before they were given a briefing by Shah Alam police chief Assistant Commissioner Baharudin Mat Taib.

According to police, several checkpoints have been identified in Sri Muda, Bukit Jelutong and Seksyen 6 where Armed Forces personnel have been deployed.

When met by reporters, Baharudin said public movement in the city has dwindled since the first day of the MCO.

“What I can summarise is that maybe five to 10 per cent of the public can be seen outdoors. We hope the public understands and know about the seriousness of the hazards posed by Covid-19,” he said.

Malaysia entered into the fifth day of the movement restriction order that will last until March 31.

Yesterday, 153 new cases of Covid-19 were reported, bringing the total number to 1,183 nationwide. 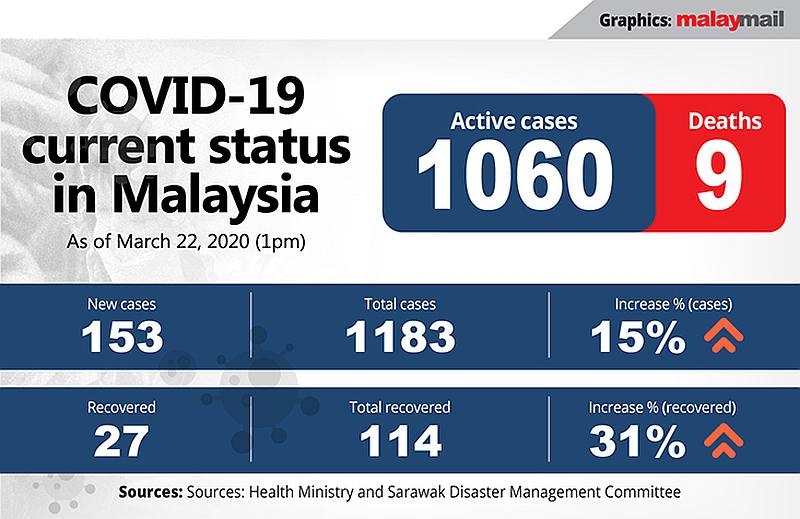