Students protest against child marriage outside the Parliament in Kuala Lumpur November 13, 2018. — Picture by Hari Anggara
Follow us on Instagram, subscribe to our Telegram channel and browser alerts for the latest news you need to know.
By IDA LIM

KUALA LUMPUR, March 13 ― The Malaysian Bar's 74th annual general meeting (AGM) tomorrow is set to feature proposed resolutions covering a wide range of topics for lawyers to vote on, including the push to abolish child marriages, unresolved mysterious deaths such as Teoh Beng Hock and lawyers, as well as elected lawmakers' practice of switching political parties.

In a March 9 circular by the Malaysian Bar, a total of 12 proposed motions have been listed for lawyers at the AGM to discuss and vote on whether to adopt them as resolutions.

While about half of the motions revolve around matters directly affecting the legal profession, the proposed motions continue to include matters of public interest, just like in previous years that had featured topics such as pushing for the abolition of the mandatory death penalty or laws viewed as draconian.

Out of the 12 proposed motions for tomorrow's AGM, one that stands out is for the Malaysian Bar to resolve to “support the call to abolish the practice of child marriages in Malaysia”.

In the motion dated March 6 proposed by lawyers Srividhya Ganapathy and Ajeet Kaur, it is backed by a whopping number of over 80 lawyers. The names on the list of those seconding the motion indicates that the support is multiracial and cuts across both genders.

Pointing out that Malaysia is a signatory to the United Nations Convention on the Rights of the Child and its commitment to the Asean Declaration on the Elimination of Violence against Women and Violence against Children, this proposed motion explained the wide-ranging harm that child marriages and teenage pregnancies causes, including in terms of health, poverty and economic challenges, as well as higher likelihood of domestic violence, child sexual abuse, and marital rape.

The proposed motion said statistics show that child marriages is a problem affecting every community in Malaysia such as the Orang Asal, and that it is not limited to just the Muslim communities.

While recognising that there are multiple factors causing child marriages and recognising the government's efforts to find solutions via its January launch of a five-year plan, the motion proposed for further steps to be taken including to urge the government to create public awareness of the medical, social and economical harm of child marriages.

The motion also proposed for the Malaysian Bar to urge the government to adopt a multi-stakeholder approach and act immediately to address the multiple factors leading to child marriages such as poverty, pre-marital sex, teenage pregnancies, traditional values, violence against girls, lack of access to education, lack of access to contraception and reproductive healthcare.

In their proposed motion, lawyers Charles Hector and Shanmugam Ramasamy referred to recent events as well as after the 14th general election, bluntly describing elected lawmakers from across the political divide ― including both Barisan Nasional and Pakatan Harapan ― who had hopped from one political party to another as '“katak” or frogs.

In the motion, they argued that state or federal lawmakers should be automatically removed if they won in elections on a platform but chose to join another party or turn independent as the majority support from their constituents would be in doubt, further arguing that fresh elections should be held when such events occur as there was no justification for them to continue receiving publicly-funded salaries and as voters should be given the right to choose their new representative.

Among other things, the duo's motion proposed for a resolution for the Bar Council to act to ensure that Malaysian enacts laws to automatically disqualify elected MPs and state assemblymen who leave political parties or change their independent status and to then hold fresh elections, and to enact laws giving voters the right to remove lawmakers over a loss of confidence ― just like how prime ministers can be removed by a vote of no confidence ― and that would result in a subsequent fresh elections. 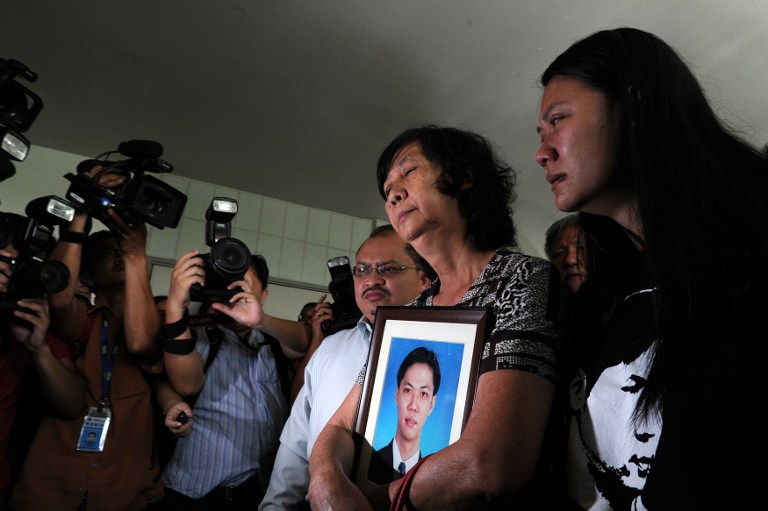 In one of his seven proposed motions for the AGM on behalf of the Bar Council, Bar Council chairman Abdul Fareed Abdul Gafoor outlined examples of several cases in Malaysia over the past two decades ― of deaths or disappearance of persons ― that are still “shrouded in mystery” without proper closure, including the deaths in July 2009 of political aide Teoh Beng Hock and in April 2011 of Selangor Customs officer Ahmad Sarbani Mohamed while under Malaysian Anti-Corruption Commission's (MACC) custody.

The motion also listed the unresolved cases involving the separate murders of six lawyers in Penang, Sungai Petani and Ipoh that occurred in the years 1992 to 2010, as well as the disappearances in November 2016 of Amri Che Mat, Pastor Joshua Hilmy and his wife Ruth Sitepu, and in February 2017 of Pastor Raymond Koh.

Highlighting that justice is long overdue and that there is no time limitations for criminal investigations, the motion proposed for the Malaysian Bar to resolve to urge the government to investigate and disclose its findings and prosecute for these cases, and to urge the special task force probing Amri and Koh's disappearances to release its terms of reference and report on their findings.

Also proposed by Abdul Fareed for the Bar Council is a motion recognising the continuous numerous challenges faced by the natives of Sabah and Sarawak in defending their customary land and resources.

This motion proposes for the Malaysian Bar to resolve to urge the Chief Justice to ensure that a judge with “sufficient Bornean experience” would be part of the panel in court hearings to decide on appeals from Sabah and Sarawak especially in cases about East Malaysian indigenous rights, while also urging for a legal amendment to ensure that this becomes a mandatory requirement.

Among other things, the same proposed motion urges for the Sarawak state government to mark out areas where the indigenous community's native customary rights have been allegedly affected, and to impose a moratorium or temporary ban on the further granting of licences in these areas until all native customary rights claims in Sarawak have been satisfactorily resolved.

Lawyers Charles Hector and Shanmugam Ramasamy also proposed two other motions, including for the Malaysian Bar to resolve that Malaysia introduces “industrial manslaughter” as a crime especially in cases when workers or others are killed, injured or permanently disabled or when the environment is polluted, and to ensure the laws impose deterrent sentences on those allowing non-compliance of laws protecting workers' health and safety.

The other motion the duo are proposing is for “scandalising the judiciary” to be abolished as a form of contempt of court in Malaysia, and for the Malaysian Bar to call on the government to enact a Contempt of Court Act, and for the Malaysian Bar to work to ensure the protection of freedom of opinion, press freedom and for all to be free to highlight suspected wrongdoings or injustices without retaliation by the government or alleged perpetrators.

The Malaysian Bar has said the AGM tomorrow, which requires 500 lawyers to form a quorum, will be carried out with precautions in place for the ongoing global Covid-19 outbreak.