Najib: ‘Sumpah laknat’ unacceptable? Will sworn declarations be accepted in the afterlife?

KUALA LUMPUR, Dec 22 — Datuk Seri Najib Razak today mocked those who questioned his sumpah laknat over the murder of Mongolian translator Altantuya Shaariibuu that he made last week.

According to Najib, he said many questioned whether the oath he made would be admissible in any court of law within the country.

“After performing the sumpah laknat on Friday, I noticed many making fun of my oath.

“I would like to ask them the same question: would a sworn declaration in front of a commissioner of oath be accepted in the afterlife?” he said sarcastically in a Facebook posting today.

The post was accompanied by a screenshot of Federal Territories Minister Khalid Abdul Samad, in a Twitter posting, had said the sumpah laknat would not save someone from court hearing proceedings.

The former prime minister had promised to make the oath after former police commando Azilah Hadri’s statutory declaration (SD), in which he claimed Najib had ordered him directly to kill Altantuya.

The SD was filed by his lawyer J. Kuldeep Kumar on October 17, as part of the Federal Court review application of his murder conviction.

In 2009, Azilah and another ex-commando, Sirul Azhar Umar, were found guilty of murdering Altantuya in 2006 but were released in 2013 on appeal. The Federal Court upheld their conviction in 2015 and reinstated their death sentence.

During Friday prayers on December 20, Najib performed the sumpah laknat or mubahalah under the watch of over a thousand people at Masjid Jamek Kampung Baru. 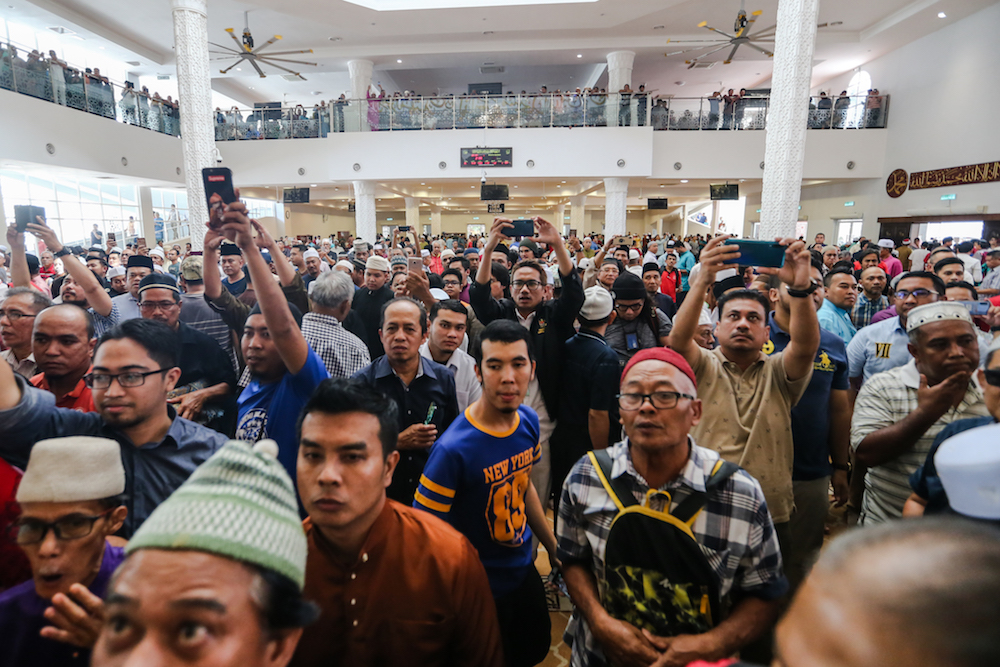