KUALA LUMPUR, Dec 4 — Truecaller, the mobile app that helps to block unwanted calls has revealed some interesting stats on the spam calls and SMS situation in Malaysia. According to their insights, the number of spam calls has increased by 24 per cent this year and we are currently ranked No. 19 in the top 20 countries affected by spam calls in 2019.

Truecaller claims to have a million daily active users in Malaysia that have received more than 90 million spam calls so far in 2019 which has been blocked by the app. In 2018, an average user received 6.7 spam calls per month while in 2019, the average number of spam calls received was 8.3. 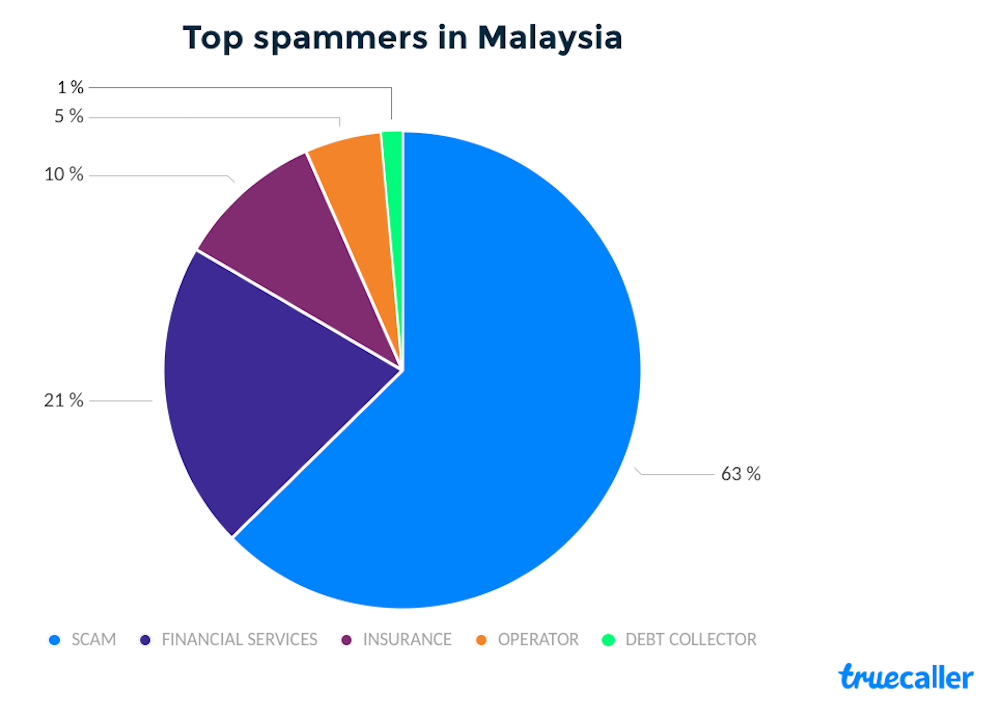 Based on their analysis, Malaysia has the biggest percentage of scam calls in the world. Sixty-three per cent of spam calls are categorised as fraudulent. According to Truecaller, fake insurance and debt collecting calls are normal, while “Astro” and Macau scams have been flooding the local market in the recent year.

They added there are scammers pretending to be calling from local post-delivery companies, claiming that your package is stuck and payment is required in order to release the item. 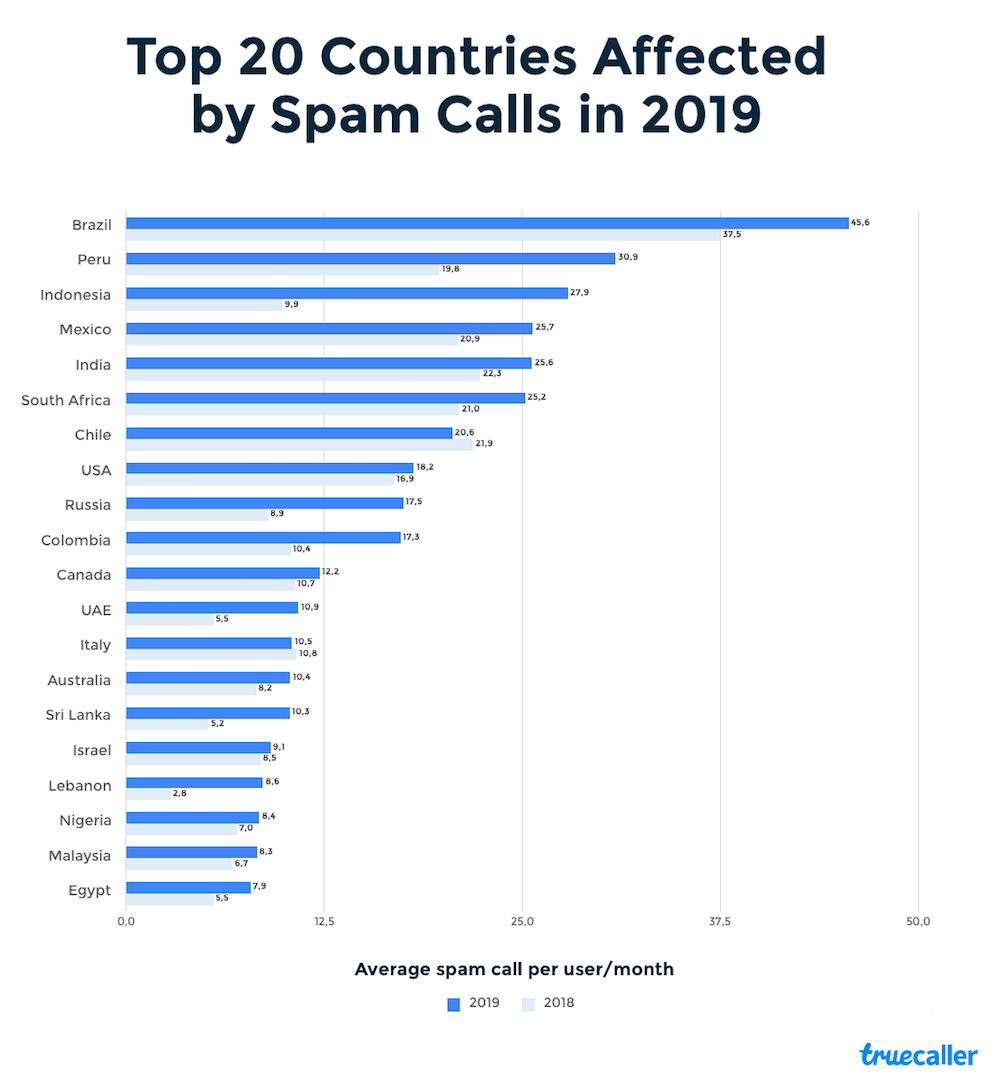 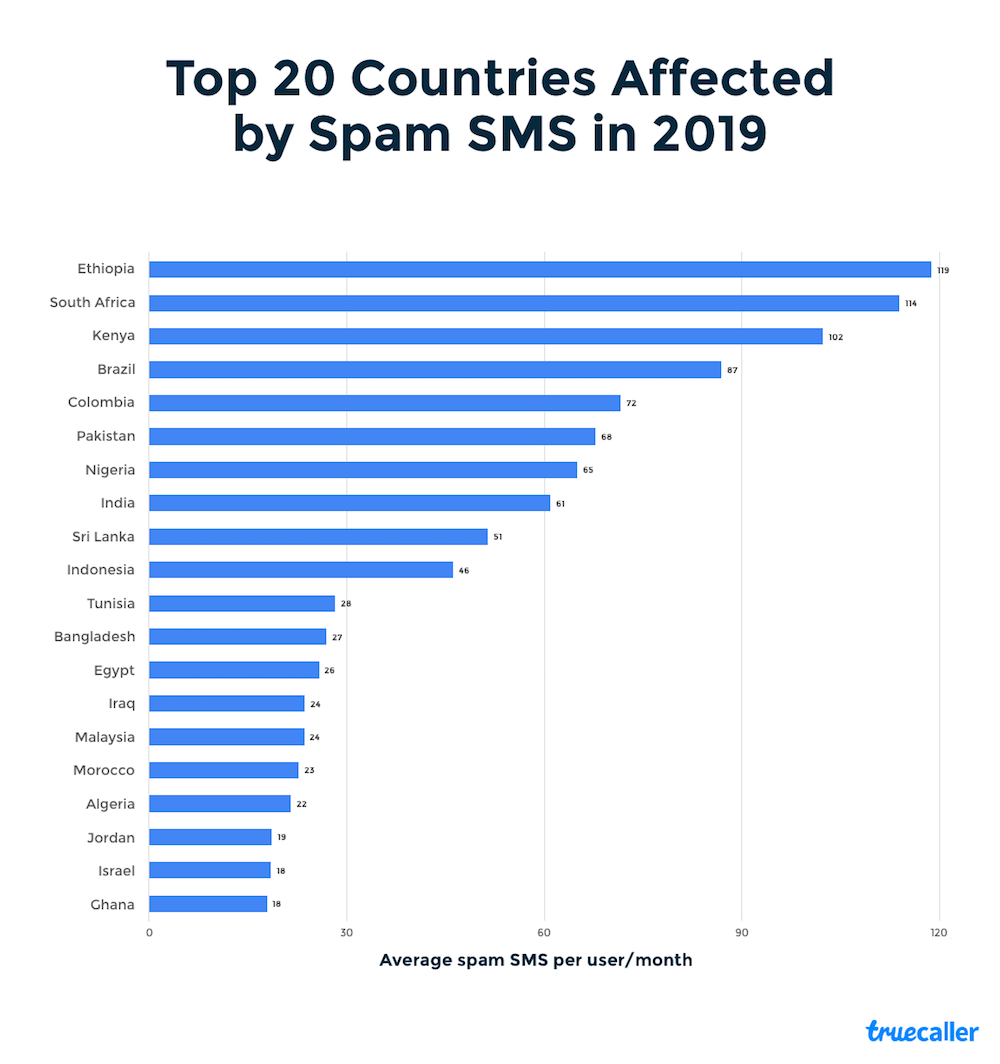 In terms of SMS, Malaysia currently ranks at No. 15 with average users receiving 24 spam SMS each month. The worst country is Ethiopia that has an average of 119 spam SMS received per month by each user.

You can read the full report here. — SoyaCincau