BN’s Datuk Seri Wee Jeck Seng celebrate after winning the Tanjung Piai by-election, November 16, 2016. — Picture by Shafwan Zaidon
Follow us on Instagram, subscribe to our Telegram channel and browser alerts for the latest news you need to know.
By YISWAREE PALANSAMY

KUALA LUMPUR, Nov 19 — It was a combination of issues that led to Pakatan Harapan’s (PH) defeat in the recently-concluded Tanjung Piai by-election, rather than a single dominant factor, analysts have said.

Among these are the high cost of living, conflicting statements by different Cabinet ministers and unkept promises.

Three of the analysts that Malay Mail spoke to also felt that even if Prime Minister Tun Dr Mahathir Mohamad were to resign now, it would not resolve the fix that PH finds itself in.

Universiti Sains Malaysia’s (USM) Sivamurugan Pandian said that PH’s style of harping on the past misdeeds of Barisan Nasional (BN) has created fatigue among voters.

The political analyst said such issues seemed to have very little traction at the Tanjung Piai polls, which saw BN win by its biggest majority since 2004.

“Many issues contributed to BN’s win, including the cost of living and bread and butter issues. Also, issues related to leadership, education, culture, freedom, delivery system, race and religion, empty manifesto promises, uncalled-for statements from Cabinet members and leaders of the ruling party. 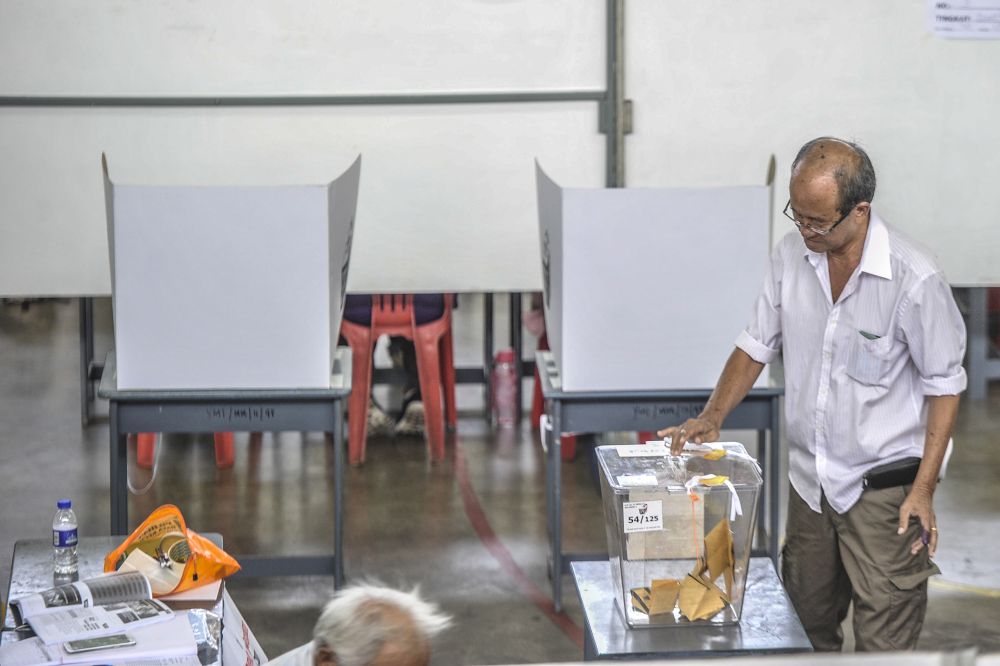 A man casts his vote during the Tanjung Piai by-election at SJK(C) Yu Ming in Pontian November 16, 2019. — Picture by Shafwan Zaidon

When asked if Dr Mahathir’s leadership style is the Achilles’ heel in PH, Sivamurugan said there seemed to be no evidence of this.

“Post Tanjung Piai (however), we may see many other internally-related issues,” he added.

“Yes, I do believe that the state of our nation’s economy, or to put it more bluntly, the incompetence of PH ministers in managing the nation, is one of the primary reasons why voters in Tanjung Piai rejected PH.

“The voters in Tanjung Piai, and most probably the majority of Malaysians are quite fed up with the open feuds that have resulted in ministers not paying much attention to the management of our nation’s affairs,” he added.

Azmi felt that PH is failing to manage the perception war that is currently against its favour.

He added that a leadership transition to Datuk Seri Anwar Ibrahim will not make this uphill task any easier.

“I don’t think Dr Mahathir’s handing over of the prime minister’s job to Datuk Seri Anwar Ibrahim will solve people’s perception of the PH government. Those pressuring Dr Mahathir seem to think that he is at his weakest point with the loss in Tanjung Piai, but I beg to differ.

“Dr Mahathir has the option to dissolve Parliament if the pressure is relentless, and all in PH know that a general election now is something they want to avoid.” 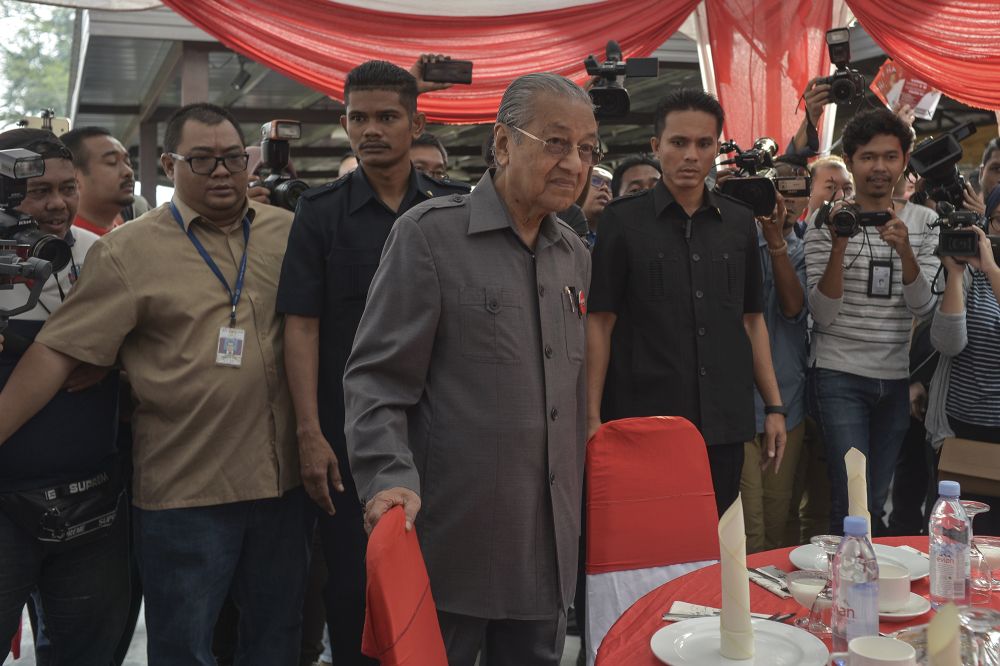 Universiti Putra Malaysia (UPM) political scientist Prof Jayum Jawan felt that while the demotivating state of the nation’s economy might have “a bit” to do with the Tanjung Piai loss, the bigger reason is ethnic consolidation, with Malays voting for BN to display their fear of PH’s style of managing the government.

This, he said, is owing to the presumption that the federal government is largely controlled by DAP.

However, he pointed out that DAP’s once strong influence on the ethnic Chinese community is also waning, with the community’s support slowly receding from the party.

“I think that the Chinese are beginning to appreciate BN and MCA’s soft approach in a multi-ethnic society, and although that approach may look subservient to Umno, it gets results nevertheless.”

When asked if it is time for a change of prime minister, Jayum replied in the negative.

“No. All the more reason that Dr Mahathir should stay longer, fix the problems before withdrawing from politics. What legacy would a man leave behind, by quitting when the going gets tough?” he asked, adding that there is simply too much internal politicking and manoeuvring for power which Dr Mahathir cannot ignore.

Jayum said that while what transpired in Tanjung Piai was not representative of the sentiments of the rest of the country, the Cabinet needs to be strengthened, and called for a reshuffle to weed out the weak links. 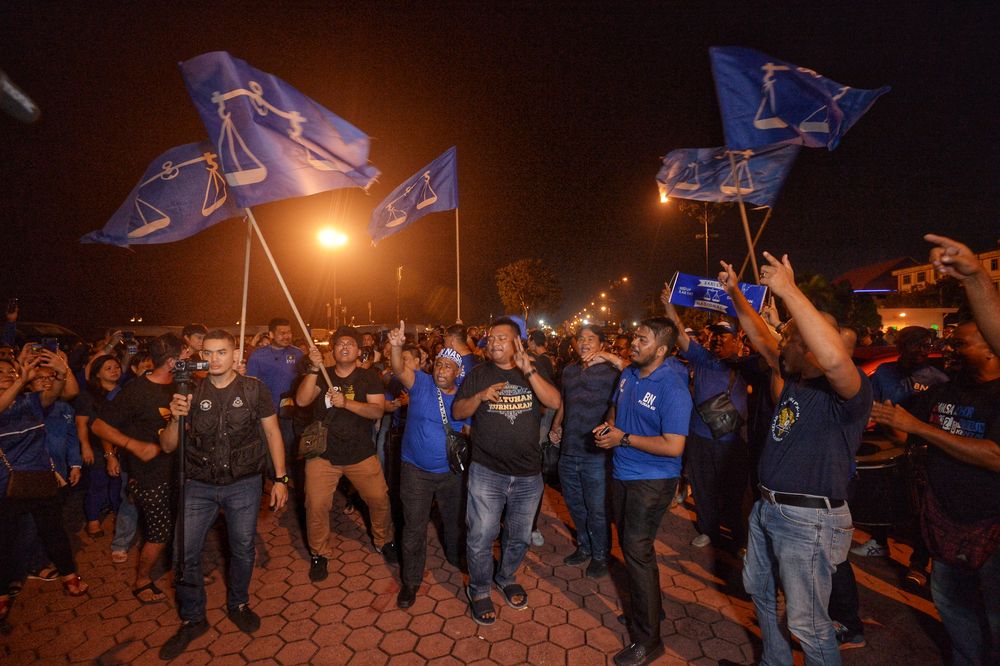 Differing from the other analysts, Jeniri said Dr Mahathir’s resignation and handover to Anwar would offer a glimmer of hope for PH.

“I think almost all of the leadership of PH are directionless. That boils down to the (management of the nation’s) economy.

“No direction, poor performance of the leadership and the ministers, with so many policies which are not helping the rakyat. It’s not translated to actions, apart from their unfulfilled promises in the (election) manifesto,” he said.

“I think there has been nothing much done by Dr Mahathir. No new ideas. I think it’s high time for him to make way for Anwar,” Jeniri added.

He said BN’s landslide win is a reflection of the low level of confidence that people have in the current government, which translated to a lot of protest votes on November 16.

He added that while Dr Mahathir’s resignation may open the floodgates to more internal party feuds, Anwar is capable of handling such crises.

“If Anwar takes over, I feel the situation can be better. It cannot be worse than what it is now,” he added.

The victory was also the first for the nascent Muafakat Nasional alliance, which effectively joined BN to Islamist party PAS.