Datuk Seri Najib Razak is pictured at the Kuala Lumpur High Court November 18, 2019. — Picture by Ahmad Zamzahuri
Follow us on Instagram, subscribe to our Telegram channel and browser alerts for the latest news you need to know.
By IDA LIM

KUALA LUMPUR, Nov 18 — The prosecution today unveiled changes in an audit report that were made as a result of Datuk Seri Najib Razak’s alleged instructions in February 2016 to protect himself from civil and criminal action over 1Malaysia Development Berhad (1MDB).

On Day One of Najib’s joint corruption trial with former 1MDB CEO Arul Kanda Kandasamy, the prosecution tendered amended charges that now carried a seven-page appendix of the four changes to the auditor-general’s 2016 report on 1MDB.

Both Najib and Arul Kanda claimed trial to the amended charges that were brought under the Malaysian Anti-Corruption Commission (MACC) Act, with both their alleged offences punishable with a maximum 20-year jail and a fine of RM10,000 or five times the value of gratification whichever is higher value.

Najib is accused of having used his position as prime minister and finance minister between February 22 to February 26, 2016 for self-gratification by ordering amendments to the audit report before it was finalised and presented to Parliament’s Public Accounts Committee, while Arul Kanda is accused of having abetted him in committing the alleged crime.

At the start of the joint trial today, lead prosecutor Datuk Seri Gopal Sri Ram claimed that Najib was the “shadow director” of 1MDB with the company’s board and management accustomed to act upon his direction, and that he knew he would face civil or criminal action if the truth over 1MDB affairs emerged.

Sri Ram said that money from 1MDB allegedly went to Good Star Limited that was controlled by Najib’s alleged alter ego Low Taek Jho, and that Najib was allegedly “particularly protective” of Low.

Sri Ram asserted that some of these funds went to Najib’s stepson Riza Shahriz Abdul Aziz, also alleging that Najib had received 1MDB funds and knew these were 1MDB funds but had “lied” that these were a Saudi donation.

Sri Ram said that Najib had allegedly sought to conceal the truth by ordering the audit report changes, in order to allegedly cover the tracks on both his and Low’s role in 1MDB’s affairs.

Below is a summary of the four main amendments that were allegedly made in the auditor-general’s 2016 findings in a report on 1MDB, based on the appendix to the charges against Najib and Arul Kanda:

Before it was renamed in September 2009 as 1MDB and came under the federal government’s sole ownership, the company was known as the Terengganu Investment Authority (TIA) Berhad and was envisioned as a sovereign wealth fund for Terengganu’s development.

Before it became 1MDB, TIA had in May 2009 raised RM5 billion by taking on debts through the issuance of bonds. (Based on court proceedings in Najib’s separate 1MDB trial, the funds raised later became 1MDB funds that were allegedly diverted to Low’s Good Star and also Najib.)

The report’s item 2.1.3 originally stated that Najib as the prime minister had met with the Yang di-Pertuan Agong (a position held by the Terengganu Sultan then) on May 27, 2009, with the report also stating that Najib had agreed to a delay of the issuance of the RM5 billion bonds to allow for further evaluation. This agreement to the delay was allegedly not informed to the Cabinet in a meeting held on the same day.

Other than other minor changes, the amended version did not mention Najib’s meeting with the Yang di-Pertuan Agong or the alleged failure to disclose the agreement to delay the RM5 billion fund-raising exercise to the Cabinet.

2. Omission of beneficiaries of bond-flipping exercise

The report described the events that led to 1MDB receiving less than the RM5 billion that was raised by the issuing of bonds, due to a bond-flipping exercise where Country Group Securities PLC Thailand purchased RM3.8 billion of bonds at a discounted price.

Among other things, the altered report did not mention Country Group Securities and its joint-transaction partner Acme Time Limited as well as details of the bond-flipping exercise where profit was made at 1MDB’s expense. 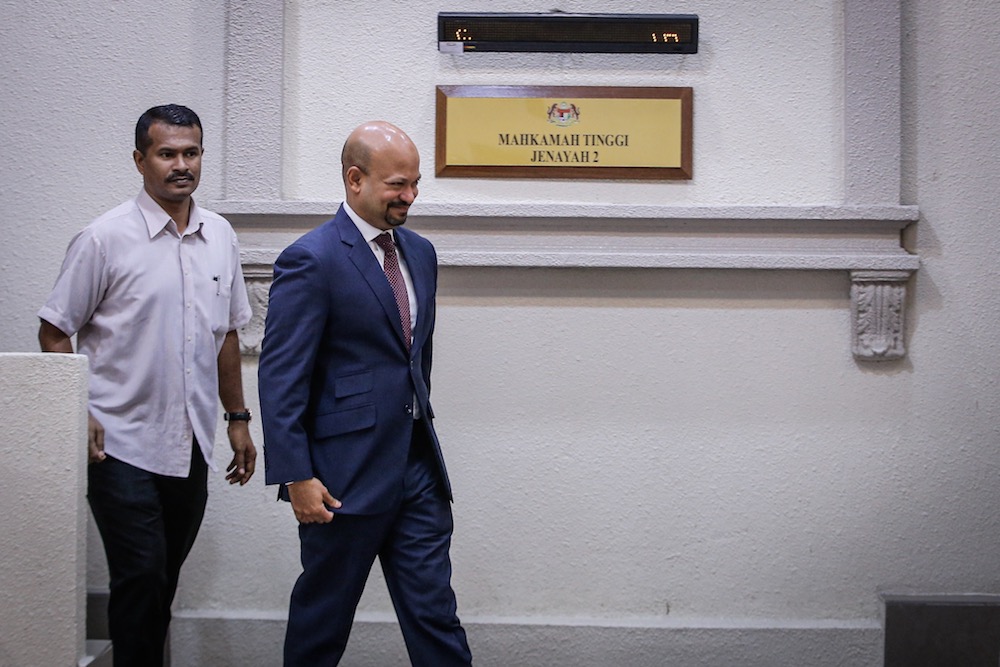 The excerpt showed the auditor-general highlighting three clear differences between the financial statements that were submitted by 1MDB to the Companies Commission of Malaysia and separately to its shareholder Minister of Finance Incorporated (MOF Inc) and to the financial institutions that it borrowed money from.

The auditor-general noted that audit firm Deloitte had on November 5, 2014 issued an audit report on 1MDB’s financial statement ending March 31, 2014, further noting 1MDB management’s December 9, 2015 feedback that the company had only issued one version of the audited financial statements.

Also in the excerpt, the auditor-general recommended further investigation by the authorities due to the obvious differences in the two financial statements.

This excerpted portion was completely removed.

The excerpt listing down the inaccurate information given by 1MDB included mention of one of the differing information in 1MDB’s March 31, 2014 financial statements regarding the fate of 1MDB’s RM4.03 billion, with one version given to the CCM and another version separately to MOF Inc and financial institutions.

The excerpt also mentioned how 1MDB had on June 19, 2015 given the Auditor-General’s office the minutes of 1MDB’s special board meeting on September 26, 2009, where Jho Low was not recorded in the list of attendees.

The National Audit Department which comes under the auditor-general however said it had found on April 15, 2015 at 1MDB’s office that Jho Low was recorded in the September 26, 2009 minutes as having attended the 1MDB board meeting.

The National Audit Department also noted that its June 19, 2015 interview with 1MDB former board chairman Tan Sri Bakke Salleh had shown the latter as saying that Jho Low had attended the September 26, 2009 meeting, with Bakke also providing the minutes that recorded Low’s presence.

Mention regarding Jho Low’s presence in the 1MDB board meeting and mention of the differing information in the two financial statements.