Datuk Amhari Efendi Nazaruddin arrives at the Kuala Lumpur High Court September 4, 2019, where he is to take the stand as a witness in former prime minister Datuk Seri Najib Razak’s 1MDB trial. — Picture by Miera Zulyana
Follow us on Instagram, subscribe to our Telegram channel and browser alerts for the latest news you need to know.
By EMMANUEL SANTA MARIA CHIN AND DANIAL DZULKIFLY

KUALA LUMPUR, Sept 4 — A former special officer of Datuk Seri Najib Razak claimed he and a colleague did not question why foreign bank accounts were opened in their names on Low Taek Jho’s orders as they did not want to lose their positions, the High Court heard today.

Testifying against his former employer in the latter’s main 1Malaysia Development Berhad (1MDB) corruption trial, Datuk Amhari Efendi Nazaruddin claimed that Najib’s private secretary at the time, the late Datuk Azlin Alias, told him that doing so could put their careers and family at risk.

“If we rejected the proposal (to open these accounts), we were afraid there could be threats towards us personally, to our families and our careers.

“Datuk Azlin, before this, was also too afraid to question (these accounts) and I remembered his advice that if these foreign bank accounts were used for purposes not limited to political funding, but if I were to question matters of such confidentiality or to disagree to it, it could threaten my career and my position,” he said when reading out his witness statement.

He was referring to BSI Bank accounts that were opened in 2012 on the instructions of fugitive financier Low or Jho Low, whom he said had assured them it was done with Najib’s “blessing” and meant for political purposes.

“However, Jho Low assured us that we do not need to worry and to have faith in him. In fact, he had told us that ‘boss will take care’.

“The ‘boss’ he was referring to is Najib. He also said that if any queries arose concerning the accounts, Najib will protect us,’’ he said. 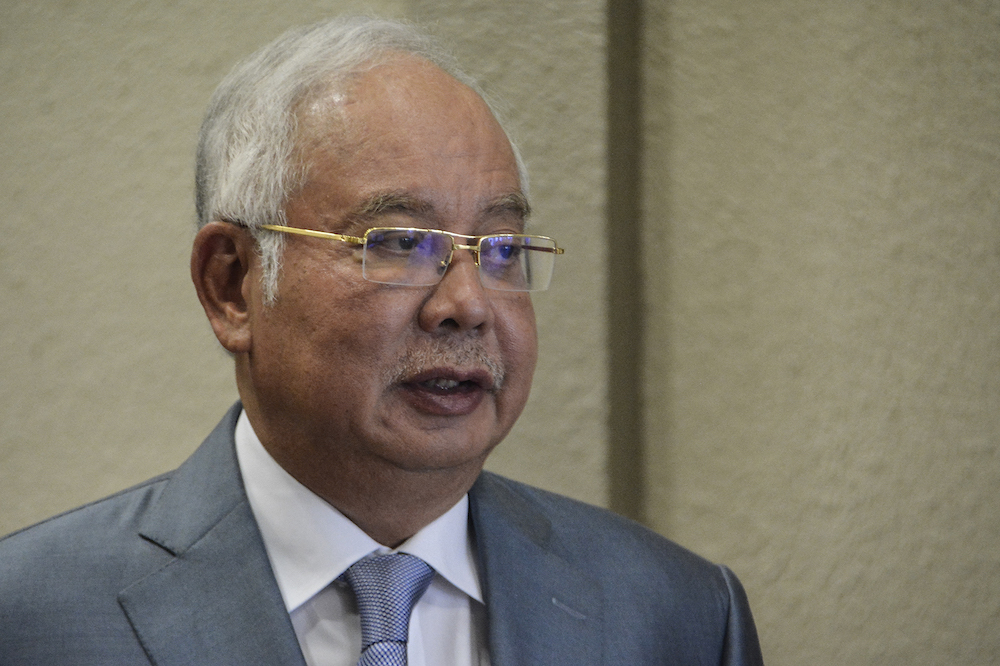 However, Amhari said he and Azlin remained concerned that Najib could use these accounts to launder money to be used in the 13th general election.

He explained that his suspicions were prompted by the fact that the accounts were opened abroad by Low who retained control of them.

“Even though we were told these accounts are only ‘standby accounts’, however, if they were used for political funds, it was something I did not want any involvement in,’’ he said.

After the death of Azlin on April 4 2015, Amhari recalled that he had received a phone call from BSI Bank telling him to transfer some USD800,000 from his account as they were ending their “relationship” with him.

He then conferred with Low for the course of actions and had subsequently gone to Shanghai, China to open a new bank account but had failed to do.

After that, both he and Low head to Bangkok to open up a banking account with Kasikorn Bank, which they were successful.

Subsequently, after opening an account with Kasikorn Bank, Amhari tried to transfer funds from his BSI bank account but after two days he was informed that the transaction had failed.

“I had informed the matter to Jho and he told me that he will solve the issue on my behalf. Till today, I do not know what had happened to the money in the account,’’ he said.

One of the documents tendered to the court was Amhari’s letter of remittance and closing of account to the BSI Bank. The amount in the BSI account as stated in his letter is US$884,996.78 (RM3.7 million).