Blurring the lines between public and private space, a social experiment in Bangsar

KUALA LUMPUR, March 15 — From the outside it looks like a modernist house with its clean lines and minimalistic touches. The home of someone who is a fan of Corbusier furniture perhaps?

But this is not a private residence. This is actually a community library but it is also home to some students. The two co-exist in the same building, but are independent of each other.

The students have a separate entrance to their rooms while the library, which is open to the public, is on the other side of the building, separated by a secured door. 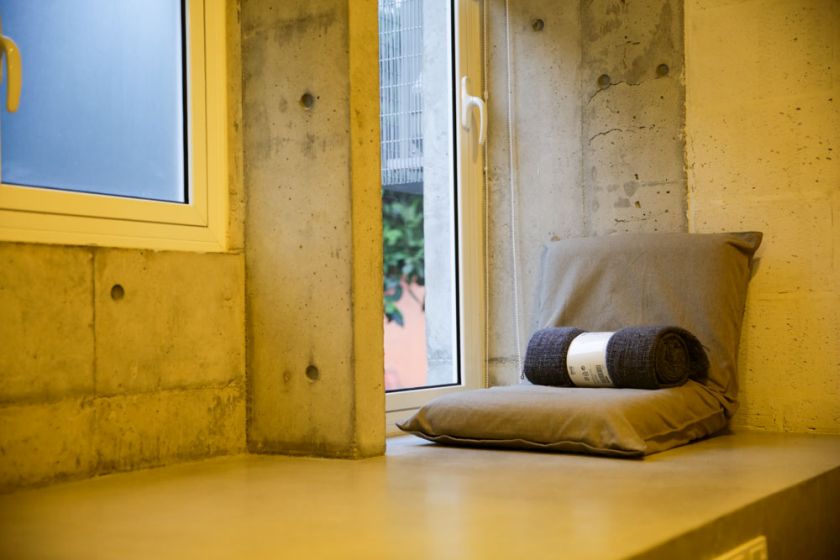 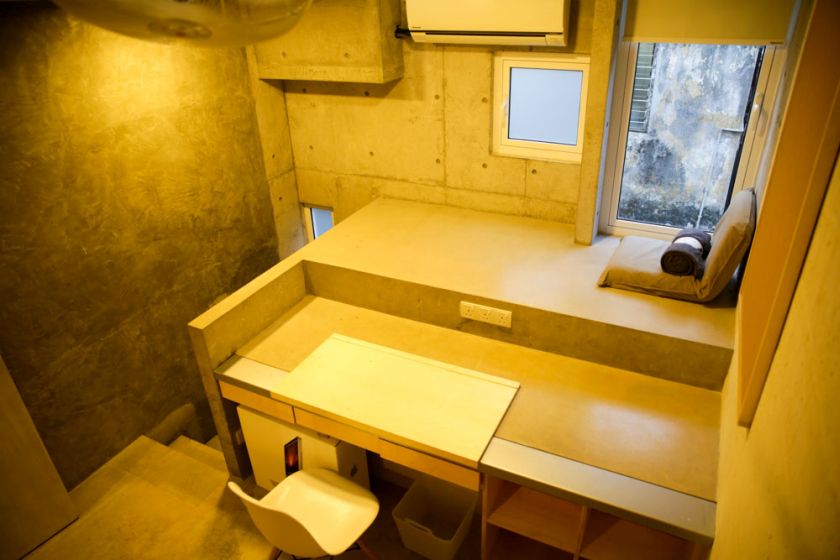 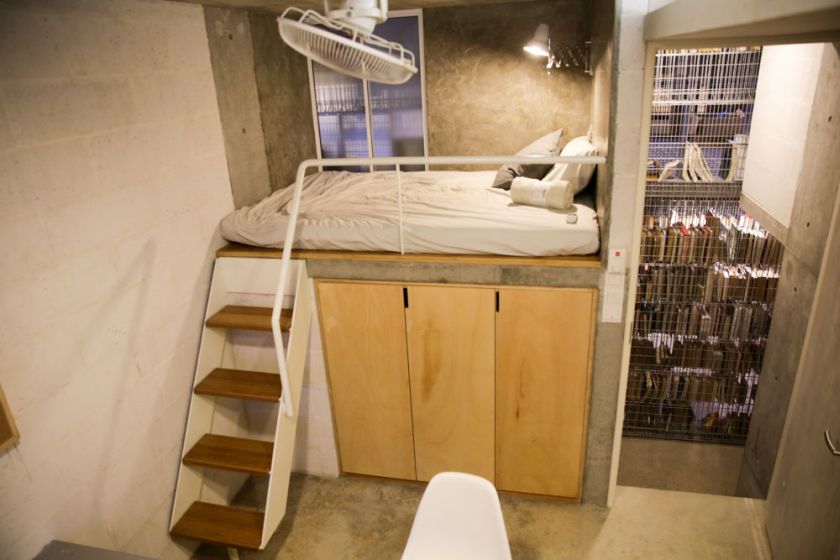 One of the eight rooms for students next to the library. — Picture by Choo Choy May 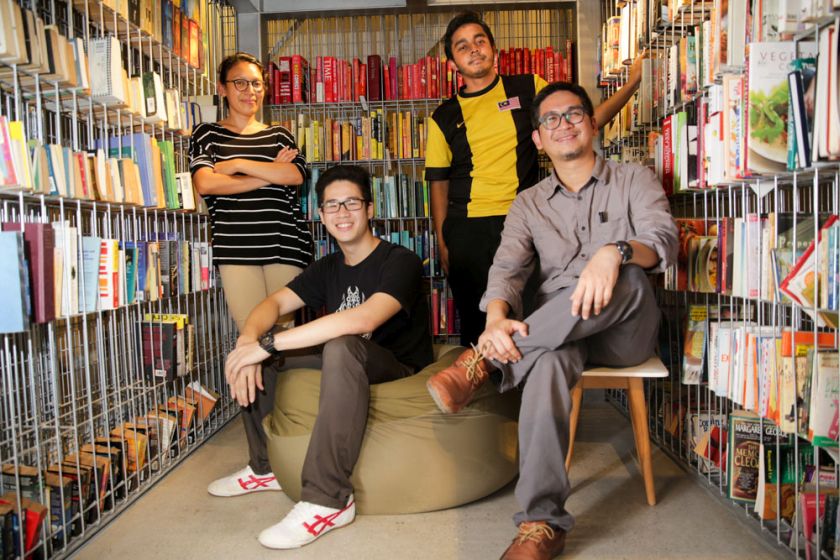 (From left) Juita Jalaluddin, Ong Shien Chii, Khal and Wong Wei Ping are the volunteers behind the running of L45. — Picture by Choo Choy May The community library is both lovely to look at, and functional. — Picture by Choo Choy May 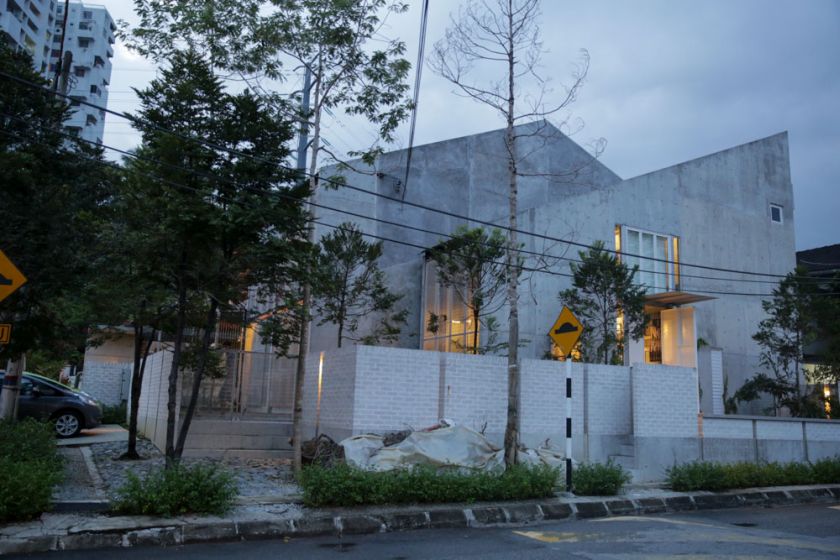 L45 on Lorong Kurau, Bangsar looks like somebody's swanky private home from the outside.— Picture by Choo Choy May

This one-of-a-kind space named L45 — L can stand for library, lot or lorong while 45 is the house number —  is the brainchild of one man who bought the house and funded its construction but wishes to remain anonymous.

However, the running of the place is by committee. Two members of that committee are design consultants Wong Wei Ping and Ong Shien Chii of Tetawowe Atelier who were involved right from the start.

Wong said about 50 per cent of the 2,400 square feet corner house was torn down and built upon to increase the floor space to 3,066 square feet.

“The idea is to mix two entities into one; I think the owner always wanted to make it very, very simple. Something that does not shout, something very minimal, subtle and functional,” he said noting that there had been many changes since they received the first brief about a year ago.

The house is specifically designed to function on its own, without overlapping, Wong explained.

Ong said there is not one building in the country which is built in such a way where public and private space is combined, adding that this project is being referenced as a case study among the architecture community.

The person who “takes care” of L45 which is situated along Lorong Kurau in the quieter part of Bangsar known as Taman Weng Lock is Juita Jalaluddin. She does communication work at an architecture firm during the day and drops by L45 on Friday evenings, and/or whenever a problem crops up.

“We are starting this as an experiment and as we go along, we will tweak it,” she said. Juita, who joined L45 last September, does this on a purely voluntary basis.

The library is open to the public from 3pm to 7pm every day except on Mondays. This is because Khal, who is also a volunteer, has four other jobs.

“I always wanted to be a librarian in school but never got the chance. This is my opportunity,” he said with a grin.

He joined the group last December and has been running the library since January.

The enthusiastic young man said he has many plans for the library such as setting up a book club, organising poetry writing and free tuition classes. He is even thinking of buying books based on special requests.

The space, which is mostly lit with natural light, can sit about 18 people comfortably at one go but on a day with good weather, more people can sit on the benches all around the compound.

At this point in time, the books are not yet sorted and can only be read on the premises. He said hopefully within the next three months, a system will be in place so that readers can start borrowing the books home.

“We would like to keep this place sustainable as well. There will be a donation box for anyone who comes in and they can just contribute as well as provide feedback about the library,” he said.

The books available range from fiction to non-fiction, school and college textbooks, fantasy, comics and there will be one section dedicated to books written by Malaysians, he said.

He is also looking for any ideas that can benefit the community and if you do, just put it in L45’s Facebook page. “We want to promote books and fight illiteracy,” he said.

Wong said the owner wanted to replicate his experience as a student in London many years ago and encourage a sense of community among students from different backgrounds.

There are now eight Malaysian students in residence; they are mostly from out of town and studying psychology, actuarial science, design, and one is getting his Masters in architecture.

Juita said the requirement is that they be at least in their second year of college, do not drive a car as there is no parking space on the premises and that they have to rent the space for at least one year.

The students each have their own room and pay between RM500 to RM700 a month, depending on the size of their rooms. The payment goes back to the maintenance of the house.

All the units are fully furnished including queen-sized beds, a work space and en suite bathrooms. The water and Internet bills are included in the rent while tenants have to bear the electricity bill which is calculated based on each room’s usage.

“People are just intrigued to see what this is all about. There has been a lot of interest but we are now full.

“I had to turn away some people,” Juita said, adding that the first time the community found out about this space was on January 9 when they had an open house to introduce L45 to the community.

Most of the students started moving in by February 14.

Adding public spaces to create a sense of community

Wong said there is a lack of space for communities to come together in Malaysia.

“If you want to go to a library, you need to go all the way to the national or state library,” he said, adding that there should be one in most, if not every, neighbourhood.

He said setting up such a space, even though small, would be one step towards building the community.

“If we can do something small, like plant a tree in a neighbourhood... we are actually enriching the community. In a way, this encourages a new way of thinking, or energy, or idea, that Malaysia can be beautiful,” he said.