Ali Rustam expected to be made senator 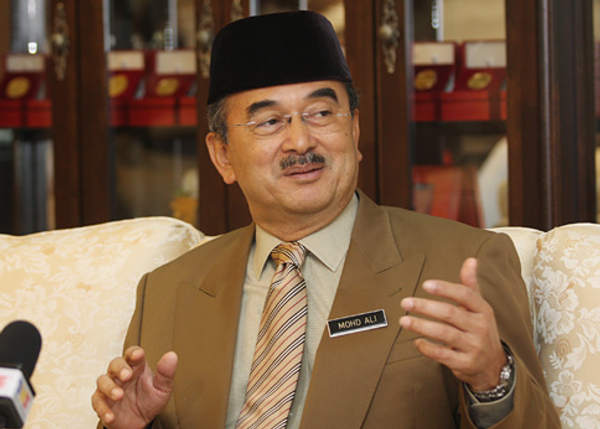 PETALING JAYA, Aug 26 — Speculation is rife that former Malacca Chief Minister Datuk Seri Mohd Ali Rustam will be made a senator, and will later be appointed a minister or special adviser in the Prime Minister’s Department.

Mohd Ali (picture) has declined to confirm the Senate nomination, according to The Star Online today.

Mohd Ali was reported as saying that The Star Online should check with the office of the Malacca chief minister on his Senate appointment letter.

The news portal also reported a senior Malacca leader as saying that the state government has agreed to offer Mohd Ali a senatorship.

Mohd Ali, who was Malacca chief minister from 1999 to 2013, had intended to move to the federal level when he contested the Bukit Katil parliamentary seat in the 13th general election in May.

But his hopes were dashed when he lost the contest for the seat to PKR Youth chief Shamsul Iskandar Mohd Akin.

In a recent interview, Mohd Ali has hinted that he might contest one of the three vice-presidents posts in the coming Umno elections though officially he has kept silent on which post he will contest in the Umno polls.