While going cold turkey is always the best option, experts at the Asia Harm Reduction Forum recognise that it’s not a realistic solution for most smokers. — AFP pic
Follow us on Instagram, subscribe to our Telegram channel and browser alerts for the latest news you need to know.
By TAN MEI ZI

SEOUL, Sept 6 — Tobacco alternatives such as e-cigarettes and heat-not-burn devices were hot topics at the 3rd Asia Harm Reduction Forum (AHRF) in Seoul, especially with regards to its role in curbing smoking habits.

Experts from 18 countries called on global public health authorities to adopt feasible solutions that can help smokers give up cigarettes for good.

This includes recognising the benefits of electronic nicotine delivery systems (ENDS) and heated tobacco products (HTPs) in that endeavour.

Here are four main takeaways on ENDS and HTPs that were discussed throughout the forum.

Smokers have a right to less harmful alternatives

Putting a blanket ban on ENDS would be a disservice to smokers who could have chosen a less harmful alternative to cigarettes, said AHRF keynote speaker Dr Konstantinos Farsalinos.

The cardiologist and researcher said it was the duty of health professionals to inform the public about ENDS and HTPs to tackle the eight million premature deaths that occur annually due to smoking.

“We are responsible for telling the truth to the public and we will let everyone choose whatever is in their own best interests," he said.

He added that based on studies comparing electronic cigarettes to conventional cigarettes, it could be said that that e-cigarettes were "by far" the less harmful alternative to smoking.

No strong evidence of gateway effect

Farsalinos is a leading voice in his field, having published more than 70 studies and articles on smoking, tobacco harm reduction, and e-cigarettes in international peer-reviewed scientific journals. — Picture courtesy of AHRF

Dr Farsalinos also cited reports from the Centers for Disease Control and Prevention (CDC) that showed cigarette use among middle school and high school students in the US had fallen over a seven-year period during which ENDS gained popularity.

While it was important to curb youngsters from ever trying nicotine in the first place, he said it would be unfair to shun e-cigarettes completely for that reason alone.

“Of course, we do not want teenagers or even adult non-smokers to take up vaping, but I think it is a huge mistake to lie to smokers (about the less harmful nature of vapes) simply because we don’t want young people to start using them,” said Dr Farsalinos.

The government’s role in policymaking

As Malaysia prepares to finalise the Tobacco Control Bill, many are curious about the fate of ENDS and HTPs under the new law.

Dr Marewa Glover, who works on reducing smoking-related harm amongst indigenous communities in New Zealand, hopes that her home country can be a model for governments looking to regulate such products.

Providing factual information on less harmful tobacco alternatives and lowering their prices are key steps countries can take to get its smokers to ditch combustible cigarettes, she said.

Dr Farsalinos also echoed the need for responsible policy-making by governments when dealing with tobacco harm reduction as long as countries continue to make tax revenue from cigarette sales. 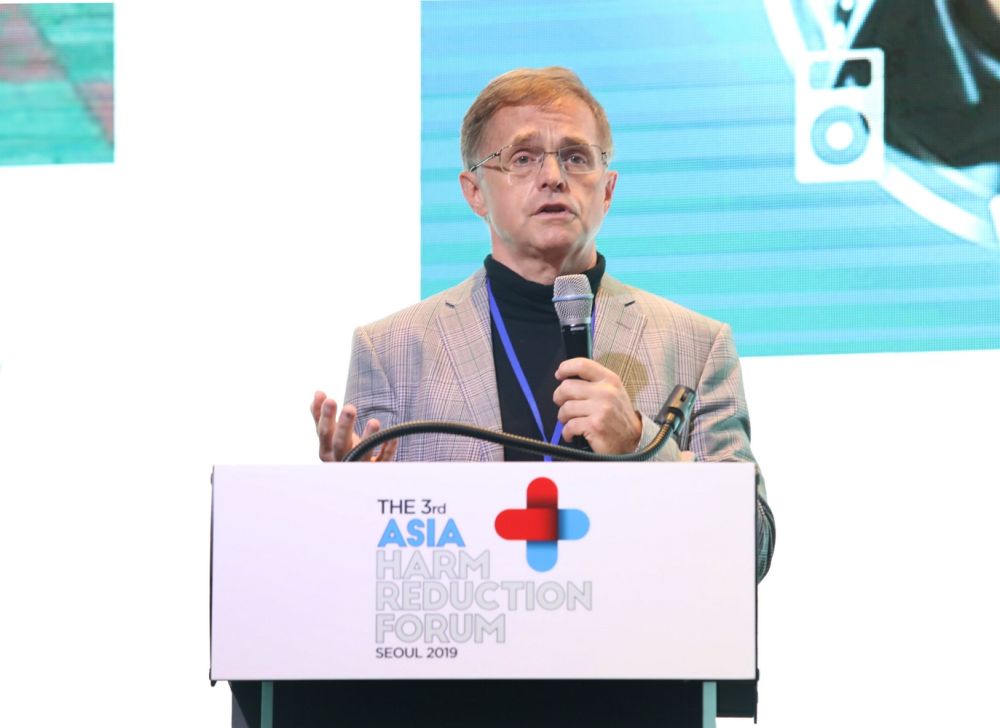 Sweanor described smoking as a ‘public health catastrophe with a technological solution’. — Picture courtesy of AHRF

The technological innovation of ENDS and HTPs can lead to improved safety and more affordable prices, in turn sparking an industry that can benefit both former smokers and manufacturers alike, said University of Ottawa adjunct professor of law David Sweanor.

Among the countries Sweanor cited as having business potential for such ventures was Indonesia, which has the highest male smoking rate (76 per cent) in Asia according to the World Bank.

“If Indonesian companies are allowed to innovate replacements of conventional cigarettes that are cheaper and preferable to smokers, you can create domestic industrial champions that can then import that technology to other countries.”