On the streets of George Town, a celebration of children’s games (VIDEO) 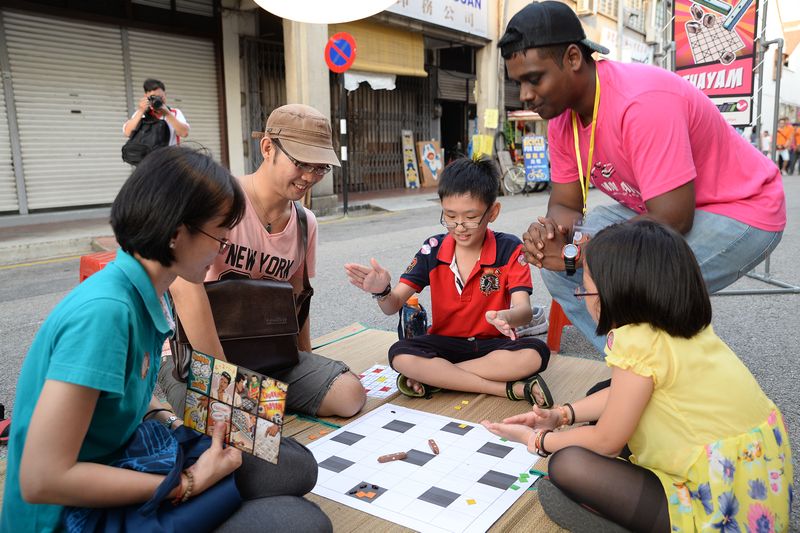 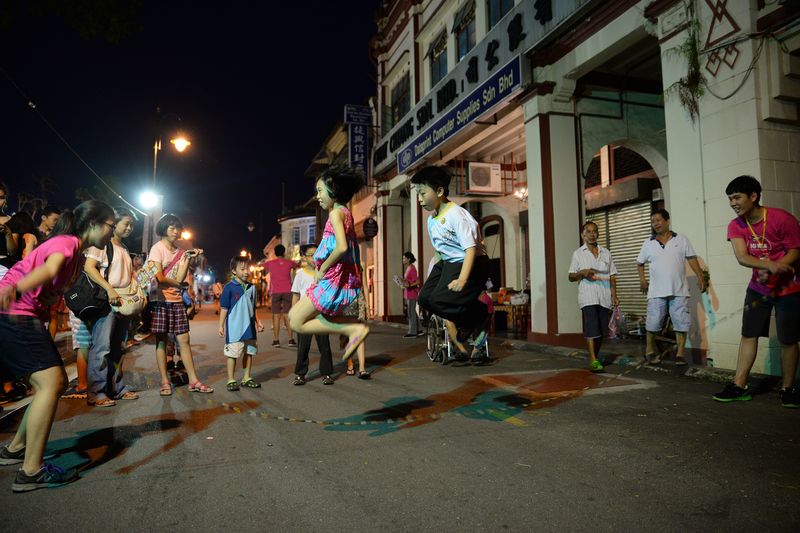 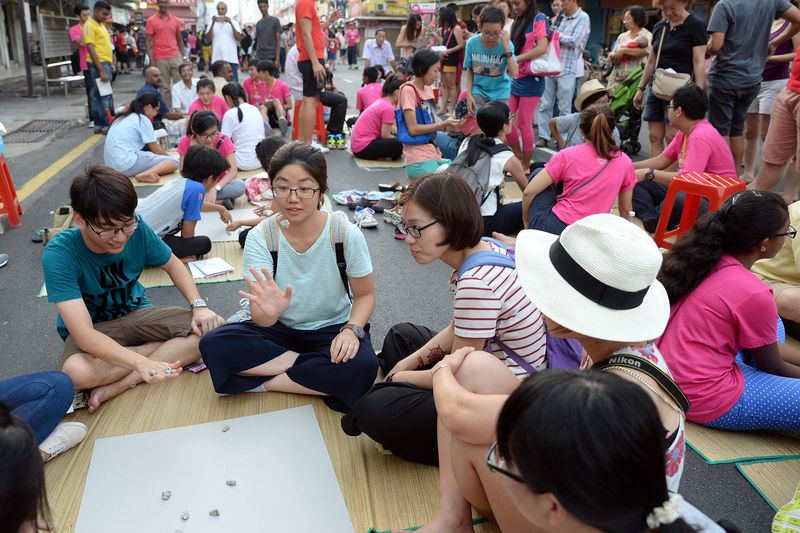 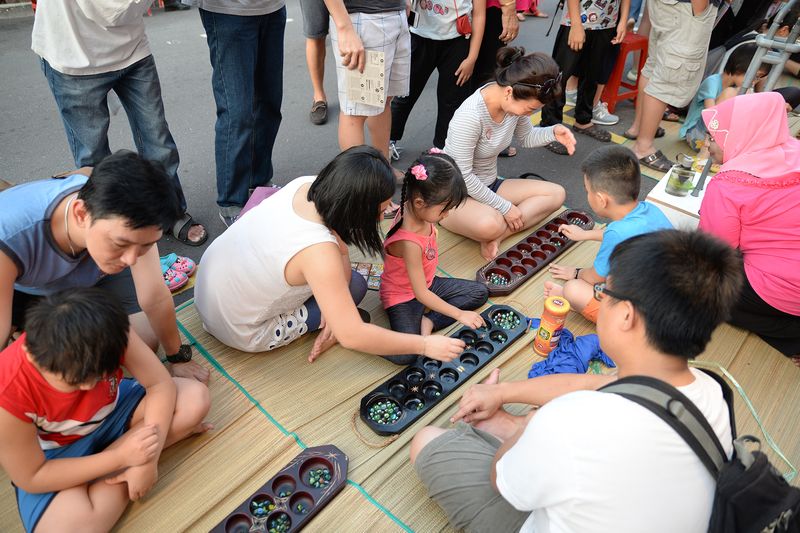 Visitors trying their hand on the Congkak game at the celebration July 9, 2016. — Picture by KE Ooi 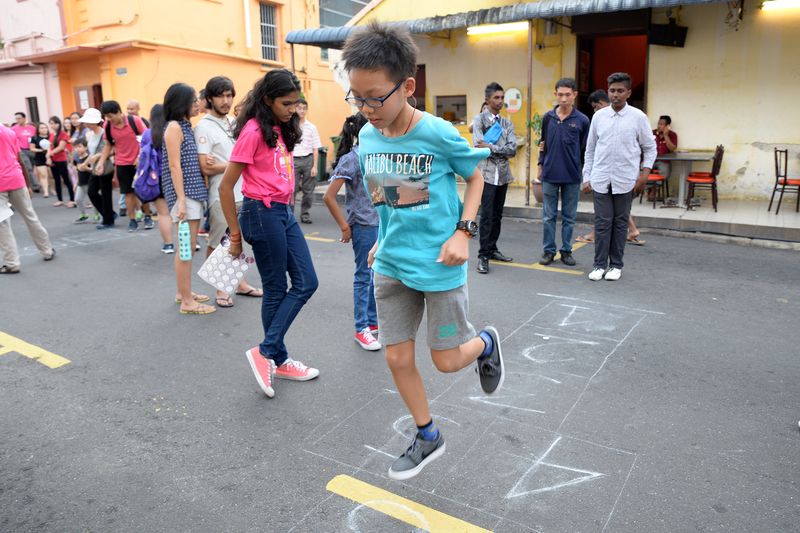 A boy trying the Nondi or Hopscotch during the celebration July 9, 2016. — Picture by KE Ooi 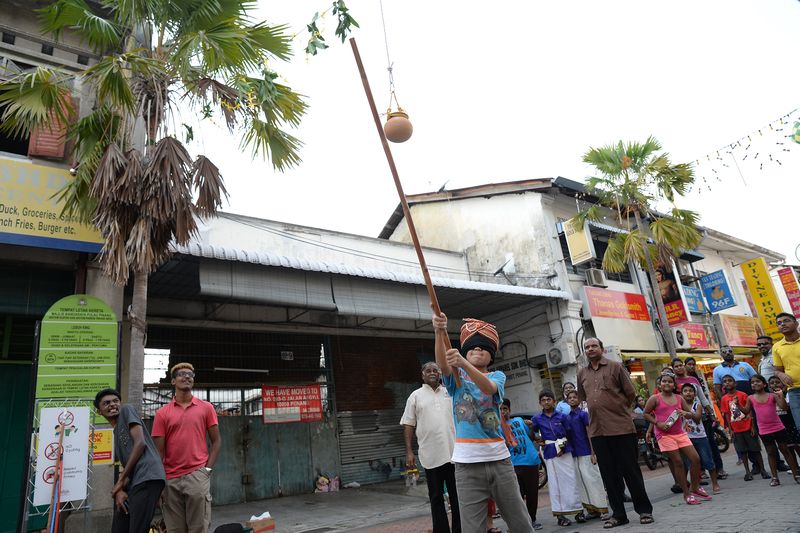 A boy trying his on the Uri Adithal traditional Indian game at the George Town Heritage celebration July 9, 2016. — Picture by KE Ooi

GEORGE TOWN, July 10 — The heritage enclave in George Town came alive last night shrieks and whoops of laughter as the young and young at heart reconnected with over 20 traditional games played on the streets, in the park and on the sidewalks.

Slippers were flung, marbles were thrown, strings of rubber bands were made for jumping rope, bottle caps were flicked and seeds and nuts were used as counters in a traditional board game.

Before computer games, consoles and tablets, these were the games handed down from generation to generation that tested one’s dexterity and strategy skills.

The inner streets of Penang turned into a giant playground with Mai Main Streetfest, a re-introduction of games that used everyday items such as rubber bands, bottle caps and slippers for a fun time with friends.

Traditional games such as gasing — the spinning of the top — and uri adithal — the hitting of the earthen pot while blindfolded — were also featured at different games stations spread out around the heritage enclave.

There were a total 23 games stations and each station allowed everyone to learn and participate in the games.

As part of the festivities, participants were given stickers for completing the game, and colourful tear-off cards reminiscent of cards from the 1980s, were also given out at each station.

Other than the games stations, performances and traditional sports such as shaolin wushu, silat gayong, chingay, lion dance, kikkli and nillaikalakki silamban were also held at two main stages located at Armenian Street and Chulia Street.

The celebrations culminated in the Streetfest yesterday as a way to bring back the pastime of old.

She said the Mai Main Streetfest is meant to bring back memories of simpler days and to evoke a stronger appreciation for the very culture that define and shape the community's identity.

The heritage celebrations was held to celebrate the eighth year since George Town was inscribed as a Unesco world heritage site.